Worries about having enough Christmas food are distracting us from the basic problem, says GMB Union 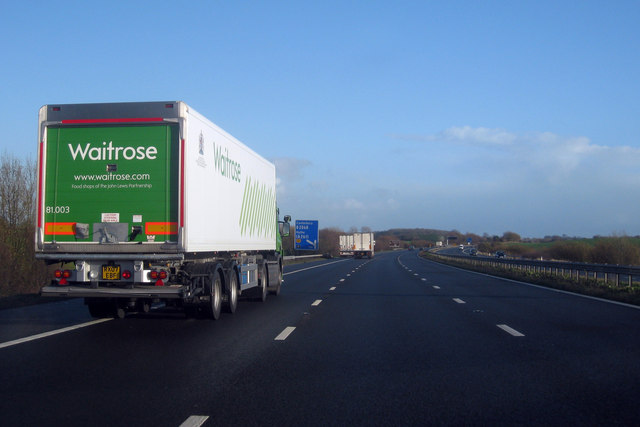 About this time of year we often get warnings about the food we’ll be short of over the Christmas period.

And right now, while it’s not exactly a cause for widespread panic, stories about popular brands like McDonald’s, Nandos and Greggs running out of key ingredients are dominating the news.

But GMB Union says these ‘pigs in blankets’ worries are distracting us from the basic problem.

It’s the unsustainable working practices and low wages that are the real cause of the supply chain crisis in the meat industry, which in turn is strangling the economy.

Various organisations in the meat industry have spoken extensively about the issue, with the British Meat Processors Association (BMPA) warning that Christmas favourites, like pigs in blankets and gammon, may be harder to come by this year.

Nick Allen, BMPA’s CEO told PA that the government’s immigration policy is the reason for so many shortages, explaining that BMPA members are, on average, around 12 to 13 percent down on staff.

“Some of the pig processors are having to cut down on how many pigs they are processing a week so that’s starting to have an impact back on the farm,” he said.

“We are cutting back and prioritising lines and cutting out on things, so there just won’t be the totals of Christmas favourites like we are used to.”

He explained that usually around 40 million packets of pigs in blankets are needed but this year numbers could be down by a third. Gammon supplies may also be affected.

But while people argue and debate many different causes of this, GMB Union has said we’re missing the basic problem.

Eamon O’Hearn, GMB National Officer, said: “There is no future for two twelve hours shifts in the abattoirs where workers are on their feet for the duration.  We put an end to twelve hour shifts once before in the gas industry.

“The employers and the farmers need to recognise the need to radically reorganise work practices and pay to ensure capacity for a steady and secure meat supply chain.

“Warning about shortages of ‘pigs in blankets’ for Christmas and seeking changes to the migration system is ignoring the basic problem.  Work practices in the abattoirs are utterly unsustainable and require radical changes.

“We need to end the low-wage, low-margin business model that allows retailers to strangle our supply chain. Years and years of cost pressures on the supply chain from the big retailers and others is now coming home to roost.

“It’s time the meat industry joined with GMB to take a stand against the retailers to ensure a UK supply chain has fair wages and decent working conditions.”

Workers have shared their own stories and experiences of working in the industry.

67-year-old Harrie Vogels, for example, told The Independent that he’s seen the job he once loved disappear before him.

He’s driven lorries for four decades, and explained that, while decreasing wages have been a problem for a few years, he’s also seen a fall in working conditions and respect for his profession.

Workers do cite the poor pay as a reason to leave the job (or not take it in the first place), but other reasons include the lack of safe and well-priced service stations on the roads.

The cost of training to become a HGV driver is also high – £3,500, plus this must now be managed on top for the new IR35 reforms, meaning agency workers must pay more tax.

Lucy Skoulding is a journalist at Left Foot Forward and human rights masters student. Follow her on Twitter.