A backbench rebellion over fallout over plans to scrap benefit payment uplift has been rejected, saving Johnson from a potentially humiliating Commons’ showdown 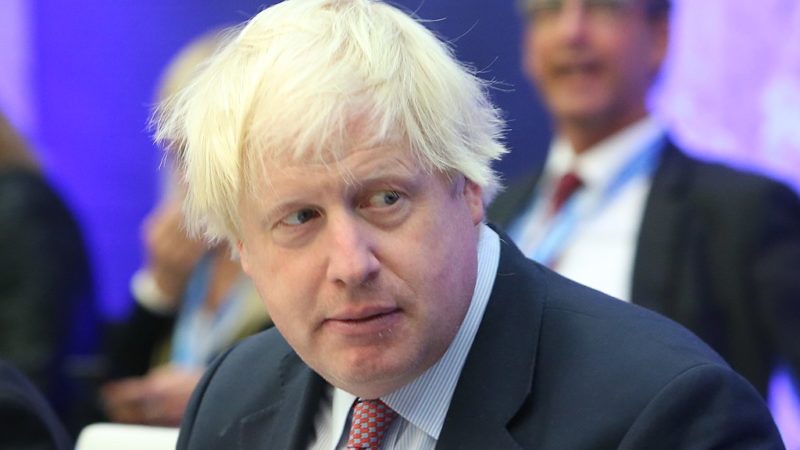 In an eleventh-hour effort to block the £20-a-week cut to Universal Credit, a number of senior Tory MPs attempted to force the government to reverse the decision to abandon the increase to the welfare payment.

However, speaker, Sir Lindsay Hoyle, has not accepted the rebel amendment.

In what promised to spark some theatrics in a what is normally considered a formality with little drama, the government’s controversial plans to cut Universal Credit was poised to be debated in today’s Uprating of Benefits Bill in the House of Commons.

Two Tory heavyweights – Ian Duncan Smith and Damian Green – were among those tabling the amendment to pensions legislation to block the cut, which would coincide with the end of the furlough scheme and gas bills rising.

An additional £20 a week was given to claimants of Universal Credit to help struggling families during the pandemic. As it stands, the government is set to slash the £20 a week increase from October 6.

In the hunt to slash spending in response to the huge budget deficit, Boris Johnson and Rishi Sunak are ploughing ahead with the reduction, despite escalating unease on the Tory benches.

The reduction to the benefit will impact millions of claimants, who will be £1,040 worse off a year.

UK charities have warned that the slashing of the universal credit payment will lead to a surge in food bank usage and homelessness, and more than 800,000 people will be a risk of being plunged into poverty.

A report by the Trussell Trust shows that 84,000 people in the North East alone fear being unable to heat their homes this winter and 56,000 will need to use a food bank, if the cut goes ahead.

Research from the Legatum Institute think tank estimates that child poverty would rise if the imminent reduction is made, with around 290,000 children being forced into poverty.

In a letter to the chancellor, 50 charities urged the government to abandon making a cut to what has proven to be a lifeline to struggling families, warning that that those on the lowest incomes will be worse affected.

“We are therefore urging you to make the uplift permanent and stop families being cut adrift whilst they need help to stay afloat,” states the letter.

Labour staged a Commons vote on the proposal last week, calling on the government to cancel the cuts. However, Tory MPs were told to abstain, and the vote was non-binding, allowing the motion to pass.

An ‘angry backlash’ ahead

Tory MPs opposing the cuts warn of an “angry backlash” ahead. Rebels forecast it will be the Conservatives’ biggest political problem this autumn, overshadowing resentment towards Johnson’s contentious plan to hike national insurance payments to fund a social care reform.

Causing particular concern among the Conservatives who pressed for a U-turn is the prospect the cut will increase poverty amongst children.

Spearheading the revolt was former Tory leader, Iain Duncan Smith, who says that the Treasury is risking repeating former mistakes by attempting to bring down the pandemic deficit too quickly.

“We’ve got ourselves caught, with the Treasury now demanding that we start getting the money back from Covid. We should treat this like war debt. We can’t go back into a massive cutting exercise,” said Duncan Smith.

Boris Johnson came under fire when he declined to explain how claimants of the benefit will be able to recoup the £20-a-week loss in income.

Rishi Sunak has been resolute is maintaining there will be no U-turn on the decision to end the £20-a-week increase.

Today’s rebel amendment may have been rejected.  It does, however, demonstrate the degree of apprehension among the Tory ranks over ruthless cuts to aid.