The bill faces its first debate in the House of Commons this Tuesday. 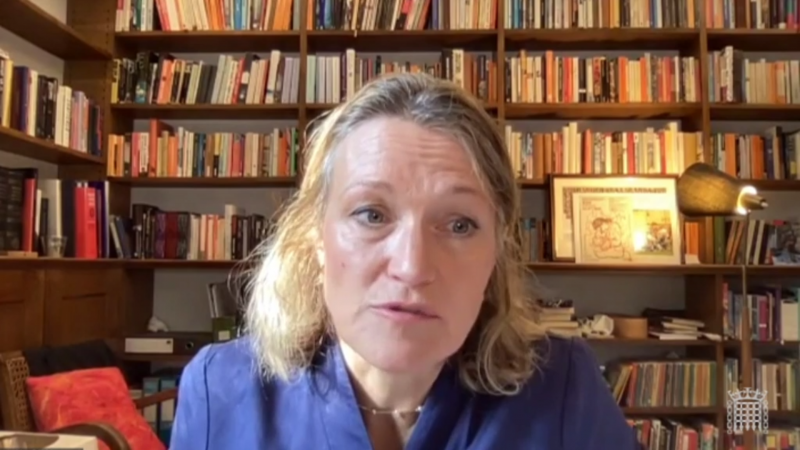 A senior barrister has warned that the government’s Elections Bill – which contains plans to ban those without ID from voting – could breach international law.

The bill faces its first real debate in the House of Commons today – as opposition parties step up their campaign against the ‘regressive’ legislation.

The bill could see 2.1m people who lack photo ID barred from the ballot box, unless they sign up for a new council-run ID scheme – details of which remain scarce.

Labour, the SNP, Greens, and Plaid Cymru have pledged to resist the legislation, which they say risks undermining democracy and shutting out marginalised communities from participating in elections.

Ahead of the second reading of the Elections Bill in Parliament today, MPs on the Public Administration and Constitutional Affairs Committee grilled experts on the provisions.

Helen Mountfield QC, Barrister at Matrix Chambers, told MPs that Elections Bill arguably breaches international law, in potentially having a discriminatory impact on ethnic minority and low-income voters. Among other laws, Article 3 of Protocol No. 1 of the European Convention on Human Rights, active in the UK through the Human Rights Act, protects free and fair elections, including ‘equality of treatment’ of citizens in their right to vote. If, for example, voters had to pay to get hold of identification, this could constitute a breach.

She told the committee:  “In the absence of any analysis suggesting there’s any real risk to the integrity of elections because of impersonation offences, there is a serious risk that this provision [mandatory photo ID] might be found to have a disproportionate effect on access to elections.”

On voter ID, Helen Mountfield QC said voter ID should be ‘time-limited’ with proper provision to analyse the demographic effect of the provisions: i.e. “who is coming into vote, and who can’t, and are they returning, and is there a differential effect on the rich, poor, northern, southern, black and white. If there is, there really is a serious legal problem.” We do have a legal duty to advance equality of opportunity of participation in public life under the Equality Act 2010, so I’d suggest monitoring provisions should be put in. That’s what happened with the Lobbying Act in 2014.”

She also hit out at moves to impose more government control over the Electoral Commission, describing it as ‘potentially legally problematic’.

One former electoral commissioner said on Monday: “Clause 12 subjects the commission to strategic and policy control, including guidance on specific cases – not by Parliament, but by government ministers. It is difficult to express just how appalling this is.”

David Howarth told openDemocracy: “Many Conservative backbenchers have been gunning for the Electoral Commission ever since it made various decisions they didn’t like in the aftermath of the Brexit campaign. But Electoral Commissions, like the courts, do not exist to please elected politicians. They exist to protect free and fair elections, which they can’t do unless they are independent and free from the control of the ruling party.”

The SNP’s Brendan O’Hara MP said: “The Tory government’s regressive and Trumpian Voter ID bill must be ditched. The reality is that it threatens to undermine democracy and shut out marginalised communities.

“Rather than working to strengthen our democratic processes, the Tories have taken yet another page out of the Trump playbook with blatant voter suppression measures.

“With millions of people across the UK not holding a form of photo ID, the grim reality is that their democratic rights will not be strengthened – they will be ripped away from them.”

Plaid Cymru MP for Ceredigion, Ben Lake MP, also warned that the Elections Bill will be a ‘step back for democracy’. The bill will impact General Elections and PCC votes in Wales, despite Welsh Government opposition.

Lake highlighted the ‘divergence’ between UK and Welsh devolved elections as ‘worrying’, given that voting rights for Welsh elections have been extended to all those over 16 years old, including foreign nationals resident in Wales.

The voter ID plans alone are expected to cost £120m per decade.

Josiah Mortimer is co-editor of Left Foot Forward. He also works with the Electoral Reform Society, which campaigns on this issue.