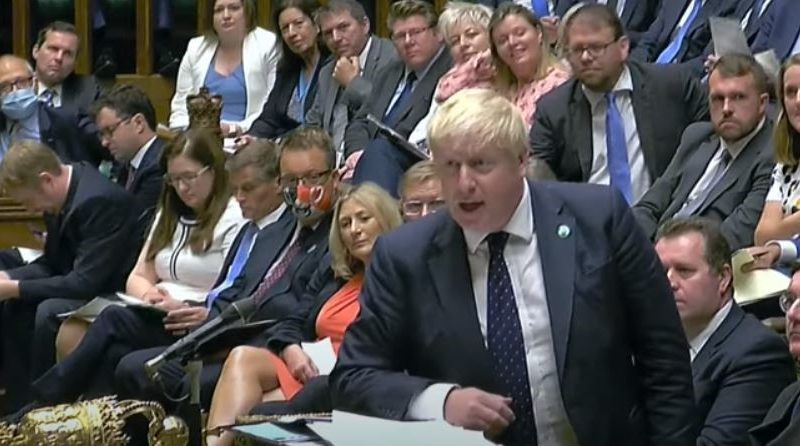 As MPs prepare to vote on the Health and Social Care Levy this evening, the negative responses have been flooding in to LFF’s inbox.

The controversial plans that will see national insurance contributions rise by 1.25% to fund a social care reform and the NHS pandemic backlog.

10. Money is ‘nowhere near enough’

Some £5.3bn of the levy will go towards social care between 2022-23 and 2024-25. However, leaders in social care have warned that the funding pledged by the government is “nowhere near enough” and would not address the current problems.

Mike Padgham, chairman of the Independent Care Group, said it was a “huge opportunity missed for radical, once in a generation reform of the social care system.”

“It will not fund the proper recruitment and training of the thousands of staff we need, nor will it allow the sector to properly reward those staff who have played such a vital, life-saving role during Covid-19.

“It is too little and, it looks like being, too late,” he said.

Johnson’s announcement has been critiqued for being beset with ‘unanswered questions,’ especially in relation to the impact on local councils whose duty it is to deliver social care.

Thinking along these lines is Clive Betts, Labour MP for Sheffield Southeast and Housing, Communities and Local Government (HCLG) Committee Chair, who says the announcement leaves “a series of unanswered questions about the impact on local councils in England.”

“The government needs to ensure that it delivers the monies not just to fill the funding gap but also to help local councils deliver good quality care,” said Betts.

One of the most critiqued aspects of the Tory tax hike, is its blatant betrayal of the Conservative 2019 manifesto.

Johnson even admitted to breaking his manifesto promise not to raise taxes, muttering that he couldn’t “shirk the challenge” of fixing the NHS.

Naturally, such a remarkable manifesto U-turn has sparked outrage.

Liberal Democrat leader Ed Davey said the Lib Dems will oppose the unjust plans and will be urging Tory MPs to do the same. Voicing his dismay over the broken promises, Davey said:

“These broken manifesto promises are betrayals that will haunt Boris Johnson’s premiership. Whether it’s young working families, carers or small business owners, those catastrophically failed by the Conservatives during the pandemic are now being asked to pick up the tab.

7. No plan for social care

The lack of substance over the overhaul the nation’s crisis-stricken social care system in the PM’s plans has also been stressed.

UNISON was quick to react to the announcement, stating the government has no plan for social care. Christina McAnea, UNISON general secretary, said the £5.3hn promises to social care over the next three years “doesn’t even come close” and need more than “just a tweak.”

“Fund the sector properly, deliver for low-paid staff and take the profit out of caring. That is what’s needed, but the government has fallen far of that short today,” McAnea commented

5. Beginning of a conversation?

Instead of focusing discussions on money and where it should come from, Johnson’s proposals should act as a conversation starter. As Jonathan Carr-West, chief executive of the Local Government Information Unit (LGiU), said in a statement:

“There will be a lot of emphasis on the money: should it come from NICS, is it enough, how much will end up in care rather than health? All important questions but we also need to think about how we make that money work.”

Workforce burnout across the NHS and social care has reached emergency levels. The biggest driver of workforce burnout is, according to the Health and Social Care Committee, chronic staff shortages, which were escalating prior to the pandemic.

Richard Murray, chief executive of The King’s Fund, notes the importance of using the funding in to develop a plan to address chromic workforce shortages.

“Public expectations will rise with their taxes and the government must be honest about how long it will take to recruit and train enough staff to provide the tangible improvements to NHS care they will expect,” said Murray.

3. Raise taxes on the wealthy instead of the low-paid

Current tax arrangements, which mean a low-paid social care worker can pay a bigger share of their income to fund the social care system than the private equity mandate who profits from asset-stripping care home to sell on, has been described by the TUC as “plain wrong.”

Instead, the union body is calling for tax to be raised on wealth and assets to help fund a pay increase for care workers to at least £10 an hour.

Johnson’s plan has also come under fire by business groups, which warn that the levy could come at the jeopardy of jobs. Coming at a time when furlough winds down and businesses emerge from the pandemic, the British Chambers of Commerce (BCC) said the health and social care tax would be a “drag anchor on jobs growth.”

1. Unpaid family carers will still be pushed to breaking point

A survey by the Carers Trust in September 2020, shows that only 12% of unpaid carers say they get enough support from the social care system.

Johnson has not yet detailed how the reform will assist the estimated 13.6 million unpaid carers in Britain.

Labour leader Keir Starmer touched upon the issue in his response to the PM’s announcement, saying: “Unpaid family carers will still be pushed to breaking point” – a sentiment echoed by Lib Dem leader and carer Ed Davey MP.