The party’s reign at the top of Scottish politics doesn’t stretch to the 1970s, but 14 years of power make it a rarity in European politics 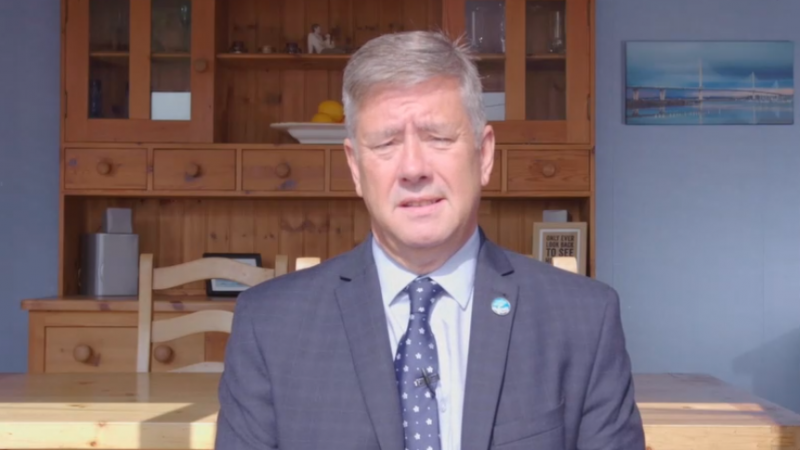 Deputy SNP leader Keith Brown launched the SNP’s 2021 conference with a joke about how it would be a digital experience, like the return of Abba.

The party’s reign at the top of Scottish politics doesn’t stretch to the 1970s, but 14 years of power make it a rarity in European politics. Centre left parties are struggling badly across the continent. Even in the pomp of ‘third way’ social democracy, New Labour managed only 13 years.

And yet, Brown could boast impressive statistics for the party’s 2021 Scottish election victory.

The open secret to this success was implied by the number of times he referred to a forthcoming independence referendum, slated for before 2024 in the Scottish Programme for Government and the coalition agreement signed between the SNP and Scottish Green Party. Later on, the party President Mike Russell called supporters to be “patient” in the quest for independence, a nod to now permanent tensions in the independence movement.

At the end of August, Finance Minister Kate Forbes announced that Scotland simply did not have the funds to finance a further lockdown, with the necessary furlough and business assistance tied to London funding. Signs that the Conservatives intend to chase state intervention with what leader of the House of Commons Jacob Rees-Mogg called “balanc[ing] the books” by, among other things, cutting Universal Credit, will create still more hurdles for the Scottish Government.

Meanwhile, years of Scottish Government cuts to local government have left councils and public service staff at loggerheads. As the COP 26 climate conference – a major set-piece for the government – approaches, groups of frontline workers are threatening disruption to leverage pay and condition improvements stymied by austerity.

On the opening day of the SNP conference, the Scottish Trade Union Congress (STUC) delivered a shot across the bow.

Speaking ahead of meetings of campaigners across the country, STUC General Secretary Roz Foyer said: “The recent campaigns opposing closures of services and for increased cleansing provision in Glasgow and against care home closures in Edinburgh are two examples of a groundswell of joint trade union and community activity across Scotland which is set to grow and which will provide major challenges for both local and Scottish Government.

“All councils should be making the case to the Scottish government for increased funding and the powers to deliver real change. Instead, some councils, Glasgow in particular, prefer to attack the communities they represent and the workers who deliver essential services.

“Coupled with the failure to offer a decent pay increase for council workers, attacks on trade unions and communities will provoke an upsurge in unrest during the COP 26 and up to the local elections in May 2021.”

COP 26 itself has already drawn a spotlight to the Scottish Government’s patchy record on a much vaunted ‘renewables revolution’ and ‘Just Transition’ to green jobs which has stalled in recent years. Climate campaigner Greta Thunberg – the sort of person the Scottish Government desperately seeks plaudits from – would only imply that they might be “less worse” than others in its approach to climate change, but still failed to pursue meaningful action. The exploration of a new, giant oilfield west of Shetland hangs over the conference. Oil has long been a central part of the SNP’s economic prospectus, but exploiting the Cambo field jars violently with appeals to sustainability. So far, Sturgeon has prevaricated over the issue.

Amid all these and more tensions, the conference can still bask is the light thrown from London. Brown relished in attacks on Boris Johnson’s “sleaze ridden shambles of a government”.

“The nasty party are well and truly back a Westminster,” he added.

This winning formula, the promise of national independence and repulsion at Tory rule, has sustained the SNP through 14 turbulent years. Can it last this new parliamentary term?