'Rather than spending time, resource and immense effort on pushing these very vulnerable people away, this government must give people options for safe routes' 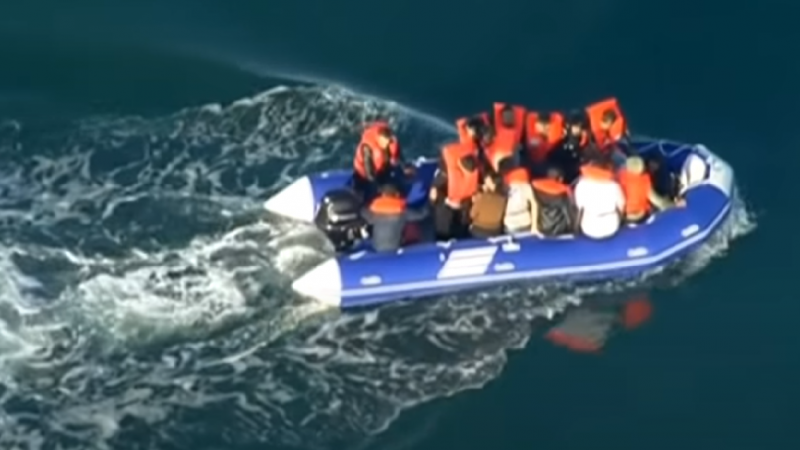 Home secretary Priti Patel has been criticized over plans to force boats carrying migrants across the English Channel back into French waters in a move that charities and MPs have slammed as ‘cruel, ‘inhumane’ and one that ‘breaches international law’.

The BBC has reported that the government has authorised use of the tactics, but only in limited circumstances, with approval from the home secretary required.

A Border Force team is reported to have been training for months to deploy the new ‘turn-around’ tactics. The training, which is dependent on the weather, is due to come to an end this month and it is believed that the team from Border Force will then use the measures when they consider it ‘safe’ to do so.

In a statement to the Guardian, the Home Office said Patel had become “the first home secretary to establish a legal basis for the sea tactics, working with acting attorney general Michael Ellis and expert QCs.”

However, French authorities have already condemned the move, believing it to be dangerous and in breach of international law which states that people who are at risk of losing their lives at sea must be rescued.

French interior minister Gérald Darmanin had already sent a letter to Priti Patel before a meeting between the pair in which he said employing turn-around tactics “would risk having a negative impact on our co-operation”.

Darmanin added: “Safeguarding human lives at sea takes priority over considerations of nationality, status and migratory policy, out of strict respect for the international maritime law governing search and rescue at sea.”

She added: “Priti Patel knows it’s not a feasible tactic but she is desperate to rile up her right-wing base.

Colin Yeo tweeted: “If implemented, it seems clear that this turn-back policy will kill. I’d be very interested to see the legal advice suggesting this is lawful.”

Enver Solomon, CEO of the Refugee Council told LFF: “Desperate men, women and children fleeing violence and persecution from oppressors like the Taliban only risk their lives by crossing the Channel to reach safety because – terrifyingly – doing so actually feels safer than staying where they are.

“Rather than spending time, resource and immense effort on pushing these very vulnerable people away, this government must give people options for safe routes to stop such perilous journeys in the first place. Refugee family reunion is one such safe route that has saved thousands of lives. Resettlement is another.

“We urge this government to rethink its brutal policy and think about the individual lives at the heart of these desperate journeys.”

A Home Office spokesperson told LFF in response: “We do not routinely comment on maritime operational activity.”