Rumour has it that Starmer had a private meeting with the Sun newspaper during the Labour party conference in Brighton. 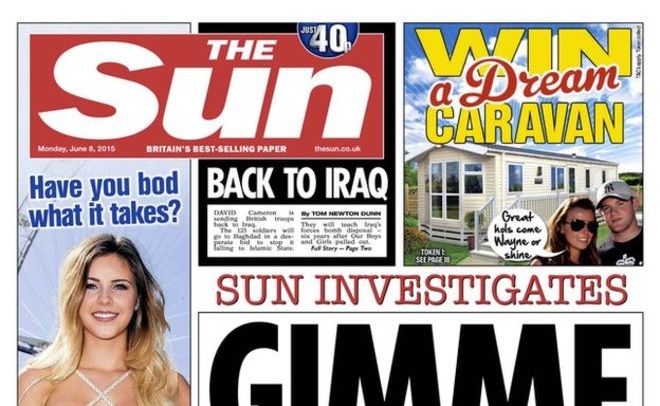 An alleged private meeting with right-wing newspaper has fuelled suspicion and contempt that the Labour leader is intent on turning his back on entrenched grassroot Labour sentiment and action.

According to Politico’s London Playbook:

“In a sign of just how far Starmer is moving on from the Corbyn era, word is he had a private tête-à-tête with the Sun newspaper in his hotel room on Tuesday, as he tries to put aside years of animosity with the Murdoch-owned tabloid and reach out to non-Labour voters. He’d best hope the more hardcore elements of the conference hall don’t read Playbook.”

The allegations of the private meeting follow earlier animosity raised over Labour welcoming with right-wing newspaper to this year’s conference.

GMB called on Labour to reverse its decision to allow the Sun to have a stall at conference.

In an email to Keir Starmer, GMB general secretary Gary Smith warned Starmer that his decision to accredit the Sun at this year’s conference was ‘staggering’ and ‘totally unacceptable.’

“I have been advised that the Sun apparently has a stall at party conference. It’s staggering to think that the party would deem this to be appropriate.

“This is totally unacceptable to our union and the decision to allow a stall must be reversed,” the email read.

The Communication Workers Union (CWU) went one step further with the union delegates wearing ‘Ban The S*n’ t-shirts in protest to the newspaper’s presence at the event.

Marcus Barnett, associate editor at Tribune Magazine, took to Twitter to show voice his contempt towards the welcoming of the newspaper at the event, tweeting:

“@IanLaveryMP at Young Labour social attacking the Labour leadership for making the Sun feel more welcome at conference than its own youth wing.”

It was at the Labour conference in Brighton in 2009 that the Sun turned its back on New Labour, when it ran with the headline: “Labour’s Lost It!”, just hours after Gordon Brown had told delegates to “never give up” and “fight to win.”

Ostracised in Liverpool since 1989

During Jeremy Corbyn’s Labour party leadership, the Sun persistently presented Corbyn as a threat to the country. In 2018, the newspaper ‘broke’ the ‘Corbyn as a communist’ story, running with a ‘Corbyn and the Commie Spy’ frontpage splash.

As London Playbook suggests, by welcoming of the Murdoch-owned tabloid to the Labour conference and ending years of hostility towards the right-wing newspaper could be seen as testimony of Starmer’s attempt to disassociate the party from the Corbyn era and reach out to non-Labour voters.

Liverpool supporters and Labour members won’t be duped by the tactics, however.

“I am absolutely disgusted and dismayed that Keir Starmer would entertain the Sun! A right-wing rag that is full of hate and untruths and any party that endorses it cannot possibly think about getting my vote.”