'Figures published today by HMRC show that the “Tax Gap” - the difference between the money owed to HMRC and that collected - stands at a staggering £35 billion.' 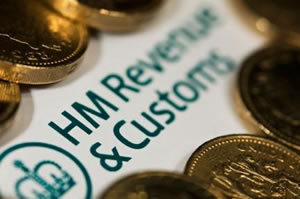 Figures published today by HMRC show that the “Tax Gap” – the difference between the money owed to HMRC and that collected – stands at a staggering £35 billion.  This equates to more than the UK’s entire annual spend on police, fire services, courts and prisons combined.  It’s more than three times the annual amount the Prime Minister committed last week to tackle the NHS backlog and bolster social care.

Despite the persistence of this gap and the ever growing demands on public finances, we have seen limited progress on this issue over the past decade.  While a 2% reduction in tax liabilities since 2005 represents progress of sorts, the gap remains stubbornly high. Indeed, the issue has been around for so long it’s become almost like the British weather – something we put up with because it can’t be helped.

But unlike the weather, the tax gap is something we do have the power to change.  Our capacity to collect taxes has been weakened rather than bolstered in recent years. Between 2000 and 2016, HMRC saw its funding slashed by 40%. This is perhaps the most egregious example of the cuts made to the UK’s enforcement agencies in the past decade, as previously documented by Unchecked.  As a result, HMRC carried out almost a third less investigations in 2019 than it did in 2016.  The tax authority is losing its best staff to the private sector, providing a worser service to those taxpayers who want to do the right thing, and spending less time going after those who deliberately underpay.

And this is despite clear evidence that investment made by HMRC to recover tax generates huge returns of £15 for every £1 spent.  When investigating large businesses that soars to £44 for every £1. Indeed, the Government’s own public spending watchdog, the National Audit Office (NAO), has called on HMRC to invest more across its compliance activities.  With these returns, and with so much money at stake, there is a clear case for increasing investment. As well as helping ease the pressures on the public purse, it would ensure that everyone is playing by the same rules and prevent what tax experts refer to as a loss of ‘tax morale’, whereby normalised abuse disincentivises compliance across the board.

Earlier this month, President Biden announced record-breaking plans to redouble funding for the US tax authority. Despite the mounting battles over tax rises and huge pressures on public spending, we have seen no equivalent push in the UK.

Now is the time to act. Firstly, the Government should set a target for reducing the tax gap. This currently stands at 5.3% of the total tax bill. The Government should aim to reduce that to 2% by 2024.  As a next step, it should identify what investments into compliance staff, investigations, IT and other resources could yield the greatest returns.  Finally – and most crucially – the Government must invest in HMRC in order to ensure everyone pays their fair share. An investment of £500 million for example would not just pay for itself multiple times over, it would also send a clear message to evaders that UK tax collectors mean business.

Decisive action on taxes isn’t just responsible – it’s good politics. We know from our research that the public appetite for robust and fair tax rules is strong. Recent polling conducted in Wales showed that 76% of voters think that regulations which prevent people and companies from avoiding tax should be more strongly enforced.  And previous Unchecked UK research has shown that young voters in Red Wall seats want strong regulations on tax, rather than a weakening of existing rules.

The tax rows of the past few weeks over funding for health and social care show that if we are to build back better after the coronavirus crisis, the Government is going to have to stump up some serious cash. Closing the tax gap would be a fair, sensible and popular place to start.