Ian Blackford has slammed plans by the UK’s Conservative government to hike National Insurance (NI) as a “new Tory poll tax” and claimed that independence is the only answer to a new wave of “austerity”. 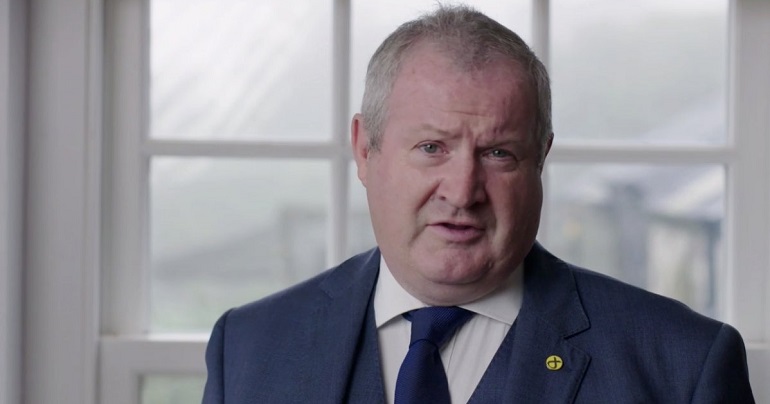 Ian Blackford has slammed plans by the UK’s Conservative government to hike National Insurance (NI) as a “new Tory poll tax” and claimed that independence is the only answer to a new wave of “austerity”.

The Westminster administration announced plans to raise NI by 2.5 per cent for employees (and split between workers and their employers) and 1.25 per cent for the self employed. The tax increase has been widely criticised as regressive, since – unlike an income tax – it is not graded for higher and lower earners.

“A Tory tax on millions of Scottish workers to pay for English social care.

“It is one more reason why our future must be independent, giving us the powers to deliver progressive taxation – instead of being forced to pay the cost of regressive Tory tax hikes that always punish the poor.”

Margaret Thatcher’s poll tax was bitterly resented in Scotland, where it was first implemented and was resisted by a mass non-payment campaign in working class neighbourhoods. The attempt to force the regressive taxation on Scots is thought by many historians of modern Scotland to have been a key turning point in the development of first pro-devolution and later pro-independence views in the country.

Blackford also claimed that the UK Government was returning to austerity.

He added: “It is telling that a rapid return to austerity is one of the very first acts this Westminster government plans to introduce as we emerge from this pandemic.

“Because for the Tories, they only see the easing of the pandemic as an opportunity to return to type.

“For workers, that means there can be no fair recovery under Westminster control.

“The Tories can never be trusted to protect workers and they can’t be trusted with the recovery.

“The only route to a fair, strong, and equal recovery is following the path to independence.”

Before the conference Scottish Government Finance Secretary Kate Forbes claimed that the changes to tax, which may effect the amount of funds received by the Holyrood administration through the Barnett Formula, had not been sufficiently discussed with the Scottish or other devolved governments. She argued this had generated confusion regarding the impact for Scottish Government finances.

She said: “The levy has significant implications for employees and employers in Scotland, funding for devolved public services and the operation of the public finances at UK and devolved level.”

“The lack of any prior engagement with the Scottish Government or, I understand, the other devolved administrations, is regrettable.

“This has been compounded by the disorderly manner in which the announcement has been communicated and explained.

“In particular, there have been mixed messages about the interaction between the general administration of NIC revenues, the hypothecation of a proportion of NIC revenues to provide funding for health and social care, and the relationship with the Barnett formula.

On Wednesday 8 September, Prime Minister Boris Johnson won a Commons vote to raise the tax, which his government claims will provide £12 billion in funding for the NHS and social care.

Care services have been stretched beyond capacity during the pandemic. But the SNP have claimed the monies are destined for failing services in England, and will be raised on those least able to pay, pointing the way to a new round of cuts and redistribution from poorer to wealthier parts of society. Tensions have surfaced repeatedly in the UK Government over how to respond to increased public debt brought about through pandemic spending, with the Treasury generally favouring moves to suppress public spending and increase taxes on lower earners.

Scottish Labour have criticised the SNP’s response as based on a model of national independence which they claim will lead to austerity.

Scottish Labour finance spokesperson Daniel Johnson said: “The fact of the matter is that the SNP knows that their independence plans will hurt the working people of Scotland, they just do not care.

“Unlike the SNP, Scottish Labour will put the livelihoods of the people of Scotland first and fight to protect public services.”