'False or bogus self-employment is a major reason for low pay'. 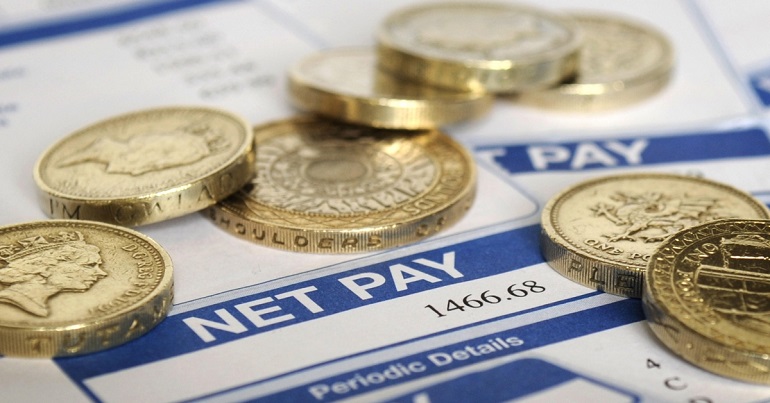 Around 14.5 million Brits live in poverty, including 4.3 million children. The poverty rate amongst working households is at its highest. Some 3.7 million people are in insecure work and many are on zero hour contracts, low wages and insecure employment.

Low wages are a major cause. Despite being in full-time work, millions are unable to afford good food, housing, education, healthcare, pensions, online connections, transport and much more. People’s lives are blighted.

False or bogus self-employment is a major reason for low pay. It is particularly prevalent in construction, couriers, transport, education, social care, healthcare, hospitality, creative and professional services. Almost half of self-employed adults aged over 25 earn less than the minimum wage.

The UK employment law classifies individuals into three work related categories: employee, workers and self-employed. Workers who do not fall into the employee category have fewer rights than employees, and self-employed people are largely not covered by employment law. Armies of lawyers have been busy constructing ways of pushing people into self-employment status.

For many workers, jobs are conditional upon them offering their services through a personal company. The company enters into a relationship with the employer and services are performed by the sole director. In the eyes of employers, they are not employees even though derive most of their income from one employer and have little autonomy and for all practical purposes are no different from employees.

Employers extol the tax and national insurance benefits of self-employment to entice workers into self-employment. Instead of wages, company directors can pay themselves in dividends, which are taxed at a lower rate than earned income. For the tax year 2021/22, the tax-free personal allowance of £12,570 is available to most taxpayers. In addition, recipients of dividends do not pay income tax on the first £2,000. The marginal tax rate for the remainder is 7.5%, 32.5% or 38.1%, compared to the marginal rates of income tax on earned income of 20%, 40% and 45%. Increasingly, HMRC is challenging claims of self-employment and its scrutiny of personal companies in the construction sector alone may raise additional tax revenues of £1.3bn a year.

One consequence of fake self-employment status is that workers may miss out on the statutory minimum wage, sick pay, holiday pay, pension, maternity/paternity benefits and other employment rights. They can be fired without any statutory notice of dismissal and do not receive redundancy pay.

By forcing workers to adopt the self-employed status, employers avoid paying NIC, currently at the rate of 13.8%. This alone is estimated to deprive the UK Treasury of £7.8bn a year and is more than enough to maintain the £20 per week addition to Universal Credit for 5.8 million people, which the government is cruelly taking away.

Fake employment boosts employers’ profits, but society ends up supporting people on low wages. Around 5.8 million people in England, Scotland and Wales reply upon Universal Credit. Some 40% of the recipients are in employment.

So how do we end bogus self-employment which condemns millions to low income and robs the public purse?

One option is for workers to engage in endless litigation. Earlier this year, the Supreme Court held that Uber drivers are workers not self-employed and are therefore entitled to all employee rights. the Supreme Court held that a worker for Pimlico Plumbers was entitled to employment rights An employment tribunal concluded that an accountant who acted as a law firm’s part-time finance director through a company was a worker and not self-employed. However litigation is costly, can last for years and many are not in position to take on employers.

A better solution is to change the employment law. Reforms were recommended by the government commissioned Taylor Review, but the government has failed to act.

Lord John Hendy QC, an employment law expert, has now tabled the Status of Workers Bill, a Private Members’ Bill, in the House of Lords. It seeks to reform the over complicated employment law, much of which was written before the rise of the gig economy and the use of apps to buy/sell labour. The Bill would remove the existing definitions of ‘worker’, ‘employee’, ‘employer’ and ‘contract of employment’ from the Employment Rights Act 1996 and the Trade Union and Labour Relations (Consolidation) Act 1992. It would insert new definitions to end fake self-employment and give full employee rights to zero hour workers.

The Bill received massive support in the House of Lords. Only one Conservative peer spoke against it. Despite the rhetoric of the ‘levelling-up’ agenda, the Minister said that the government would oppose the Bill. Seemingly, it is content to see people impoverished and companies abusing tax and national insurance laws.

Eradication of poverty and worker exploitation needs to be central to the next general election.