Sian had called for members to give their first and second preference votes to either Tamsin Omond and Amelia Womack, or to Carla Denyer and Adrian Ramsay. 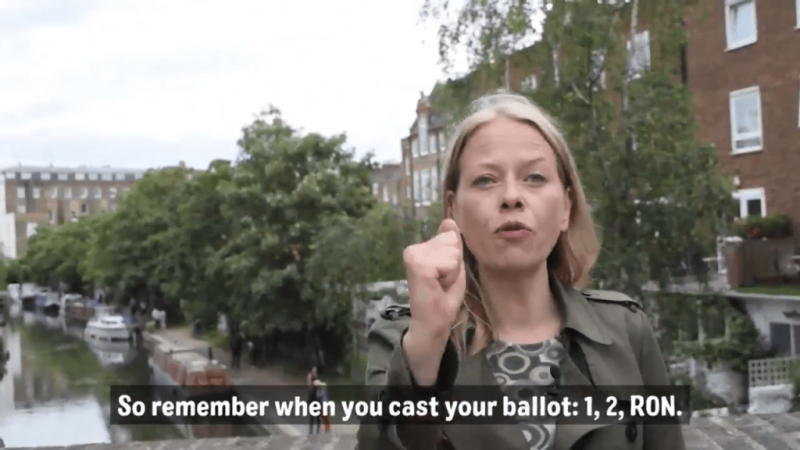 The Green Party’s outgoing leader Sian Berry says she was asked by the party to remove a Twitter thread and video she posted online expressing her preference in the leadership election by the party’s ERO (Electoral Returning Officer).

Sian had called for members to give their first and second preference votes to either Tamsin Omond and Amelia Womack, or to Carla Denyer and Adrian Ramsay. She then went on to say that members should use their third preference for “re-open nominations” above any of the other candidates.

She said in the video: “My personal view is that there are two really strong teams standing. Amelia and Tamsin and Carla and Adrian are all brilliant people that I’ve worked with in the past.

“They are strong on values, inclusive, brave and experienced – and I would have total confidence in them. These teams of co-leaders should be your decision for first and second preference votes.”

She went on to add: “When you’ve run out of choices that you believe can do the job well, and who share your values, you should use your next preference for the option that many people often forget, which is re-open nominations – RON.”

Following her intervention, Sian says she was deleting the Twitter thread on the instructions of the ERO, adding: “I have been told that voting cannot open until I comply with this request, though I have always made it clear these are my personal views. The views of the party will of course be determined by the election.”

The decision of the ERO was met with disappointment by some Green Party activists, with one social media user commenting: “I disagree with this ruling by the ERO. Every member-regardless of whether they are also a leader, MP, councillor, spokersperson, officer etc-is entitled to their opinion on who to vote for as leader, provided that such views are only given in that member’s personal capacity.’ Another described it as ‘ERO overreach.’

Sian has since apologised to the candidates in the leadership election. She said: “I am writing to apologise for sharing my views on the election without giving everyone concerned complete clarity about my role. I do so now unreservedly and apologise for any disruption to your campaign caused by dealing with my actions.”

She also told LFF that she didn’t agree with the view that talking about using RON effectively is illegitimate, ‘since provision for this to be on ballots is required in multiple places in our constitution’.

Sian added: “However I do need to see the complaint documents and reasoning before I can be totally sure which argument is right on this and whether I have grounds to, for example, challenge the ruling and say anything further about voting options in the election.”

Voting opened in this year’s Green Party of England and Wales leadership election on September 2. Green Party members will have three weeks to vote and a choice of five candidates.