As Germany enters a period of post-Merkel uncertainty, LFF caught up with Dr. Josefin Graef, co-convener the UK Political Studies Association’s German Politics Specialist Group, to ask her thoughts on the elections and what lies ahead for Germany. 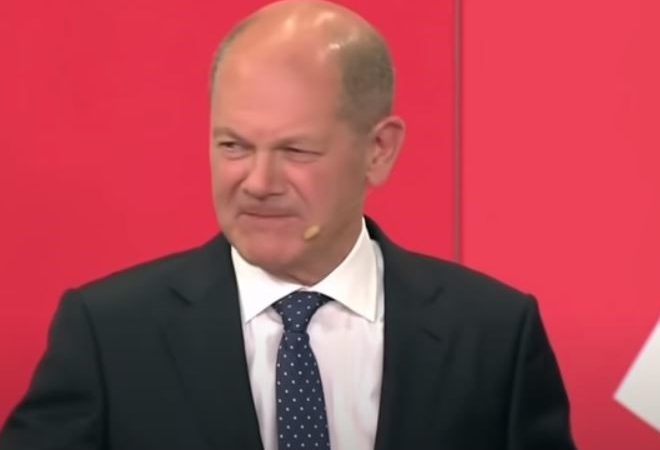 For the first time in almost 20 years, Germany’s centre-left Social Democrats (SPD) have claimed the top spot in the country’s national elections.

In an unpredictable election and the tightest race in years, preliminary results have given SPD a narrow election win over conservatives, who suffered their worst-ever performance.

SPD leader, Olaf Scholz, said he has a clear mandate to form a government. Scholz said it was time for the conservatives to back down and that there were three parties on the up – his own, the Greens and the liberals.

However, Scholz’s conservative rival, Armin Laschet, leader of the Christian Democratic Union, is determined to fight on.

Merkel ‘going nowhere’ until a coalition is formed

Under Angela Merkel, the Christian Democrat Party has been in power for 16 years. Merkel has said she is going nowhere until a coalition is formed. The main parties want a new government in place in time for Germany taking over leadership of the G7 group of nations in January.

The next chancellor will be tasked with leading Europe’s top economy over the next four years. Climate change will be at the top of the agenda.

As Germany enters a period of post-Merkel uncertainty, LFF caught up with Dr. Josefin Graef, co-convener the UK Political Studies Association’s (PSA) German Politics Specialist Group, to ask her thoughts on the elections and what lies ahead for Germany.

When asked what her feelings were on the SPD victory, Dr. Graef said:

“The SPD has made a political comeback after its historical low of 20.5% in the 2017 federal elections, with the second biggest gains after the Green Party – but 25.7% (according to the preliminary election result) is nevertheless their third worst result in a federal election. They do have a strong mandate – but that strength mostly stems from the weakness of all other major parties, especially the CDU/CSU.”

When asked whether the election result marks a progressive victory for Germany, Dr. Graef referred to how Scholz sits on the right wing of the party, stating:

“Olaf Scholz sits on the right wing of the SPD and is known (and respected, especially among members of the CDU/CSU) for his conservative stance on financial matters (he has been Minister of Finance in Merkel’s fourth cabinet since March 2018).

“His party won the elections on the back of a campaign that focused on Scholz’ leadership as a “better Merkel”. If he ends up leading a three-party coalition of SPD, Greens, and Liberals (“Traffic Light coalition” – at the moment, this is the most likely outcome), the push for anti-status quo politics will rather come from the SPD’s coalition partners (towards progressive social policies from the Greens, towards freer markets from the Liberals),” Dr. Graef continued.

With a left-wing alliance falling short of a majority, the SPD is faced with limited coalition options, with commentators pointing to looming coalition chaos.

In relation to the prospect of a chaotic coalition battle ahead, Dr. Josefin Graef said:

“I do not expect actual chaos, especially given that the CDU’s Chancellor candidate Armin Laschet announced today that he does acknowledge Scholz’ right to negotiate a Traffic Light coalition, and there will be quite a bit of turbulence within the CDU/CSU following the historical loss.

“It is by no means clear, however, that the three parties will agree on a Traffic Light coalition considering that they diverge substantially in many areas, especially regarding immigration and social policies as well as climate protection and taxation.

“As kingmakers, both Greens and Liberals will try to pressure the SPD into making major compromises, which will be a first test of Scholz’ standing within his party. If a Traffic Light coalition does not happen after all, Laschet (provided he still has the backing from his party) will lay claim to negotiating a Jamaica coalition (CDU/CSU, Greens, Liberals) instead.

“Depending on how quickly explorative talks and negotiations proceed, we might again be looking at early 2022 for a new government to be sworn in, possibly coinciding with the election of the Federal President (on 13 February) and somewhat interfering with the election campaign in three states, including North-Rhine Westphalia (on 15 May) where Armin Laschet currently serves as Minister President.”