A cut to Universal Credit, rising fuel and food prices, the end of the cap on energy bills - and now the government has ended the furlough scheme 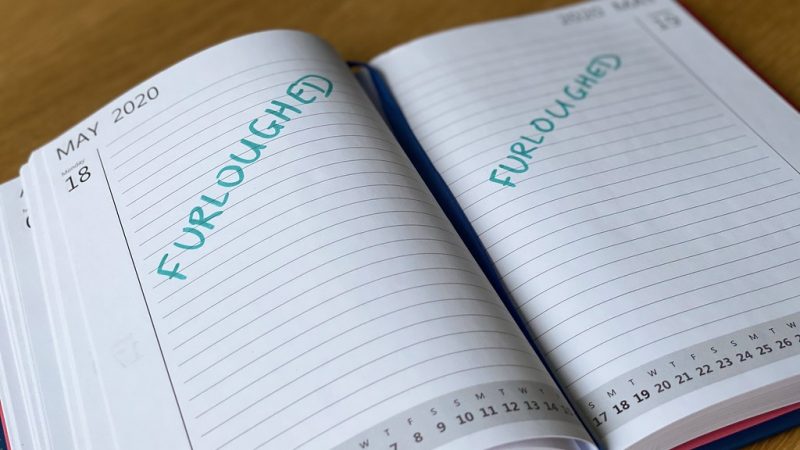 A cut to Universal Credit, rising fuel and food prices, the end of the cap on energy bills – and now the last day of furlough.

The Conservative government introduced the furlough scheme 18 months ago to support workers through the Covid-19 pandemic.

And today, 30 September, the £70 billion scheme comes to an end, although one million people are still signed up to it, as the latest ONS figures show.

But economists fear that the end of the scheme will lead to redundancies, unemployment and more families experiencing serious issues like food poverty. Especially since many families are already facing further difficulties with the onset of the cut to Universal Credit and the rising prices of essential items.

Commenting, Plaid Cymru’s Treasury spokesperson, Ben Lake MP said: “The Chancellor’s decision to permanently end furlough amidst uncertainty over the ability of our NHS and economy to cope this winter is wrong. It misses an opportunity to create a flexible, localised and responsive system of support for badly hit sectors and regions affected by the virus.

“Along with the cut to Universal Credit, soaring energy bills, food and fuel shortages, and a National Insurance hike around the corner – Westminster is inflicting a perfect storm of catastrophes.”

Chancellor Rishi Sunak is set to introduce a new £500 million grant – the Household Support Fund – to support the poorest households through the winter.

Yet the SNP has slammed the UK government for its “pitiful and deeply cynical” attempt to cover up removing £6 billion in Universal Credit from the poorest households.

The DWP has announced the £500 million grant will be provided to support ‘vulnerable’ households who have been attacked by welfare cuts, rising energy prices, and a hike to National Insurance.

But the Joseph Rowntree Foundation has also criticised the proposal, with Deputy Director Helen Barnard saying the measure “will not fix the fundamental inadequacy of our social security system”.

David Linden MP from the SNP said: “This is a deeply cynical and pitiful attempt by the UK government to cover up the devastating cuts to Universal Credit.

“Despite a decade of Tory cuts – including the £20 cut to Universal Credit, the end of furlough, a global pandemic, and a botched Brexit deal that has left millions of families worse off – the Tories believe they can cover this up with a household fund that doesn’t come close to what has been cut. They are quite simply deluded.

“The UK already has the worst levels of poverty and inequality in north west Europe – and under Boris Johnson’s in-work poverty has risen to record levels this century.

“And now, with energy prices soaring, a national insurance hike pending, and welfare cuts being slashed – things are set to get worse.

“This fund should instead be used to get people through the financial difficulties created by Tory policies which has led to an increase in food, fuel, and heating prices. It in no way makes up for cuts to Universal Credit and it is cynical to think otherwise.”

The actual impact that the end of furlough combined with the cut to Universal Credit could have on individuals and families is astronomical.

The recent increase in fuel and food prices mean people are going to have to choose between eating and heating in the coming months, according to the Food Foundation. This will likely be worse for households with children.

The cap on energy bills is due to be increased by 12 percent on next Monday. In the past year, 73 percent of households with children on prepayment meters report having had to cut back on food spending to pay their energy bills while 80% report that they would consider cutting back food spending further in the context of the fuel price rises, according to FF data.

Food prices are also likely to start rising as a result of the knock-on effects of the HGV crisis, labour shortages especially in the hospitality sector, rises in prices of CO2 and increases in world food prices. Price rises of 5 percent are predicted in the coming weeks – with a potential second wave of increases in the new year.

Joseph Rowntree Foundation estimate that for a couple with two children earning less than £20k annually and on Universal Credit, they will be approximately £130 worse off per month with the combined effects of the price increases and the cut in Universal Credit.  This is the same amount which an average individual in the poorest 10% of households spends on their entire monthly food and drink budget, as the Guardian reports.

Food banks are already seeing shortages in food supply so will be unable to support more people struggling over the Autumn and Winter.

Children living in fuel-poor homes are at greater risk of health problems especially respiratory problems, which is particularly concerning while we’re living through a pandemic.

Unite’s national political lead Rob MacGregor said: “If you’re a Unite member worried about the cost of living crisis, empty petrol pumps, abhorrent ‘fire and rehire’ in our workplaces and the end of furlough just hours away, there wasn’t much for you in this speech.

“We needed to hear a Labour leader who is as angry as we are about the harm being done to our workers, and as determined as Unite to stand up against abusive employers.

“We’re clearly not there yet.”

Lucy Skoulding is a freelance reporter at Left Foot Forward and a human rights masters student. Follow her on Twitter.