“What general secretary can be considered a success when you’ve lost nearly 150,000 members and when the party’s in disarray as a result of a purge?” 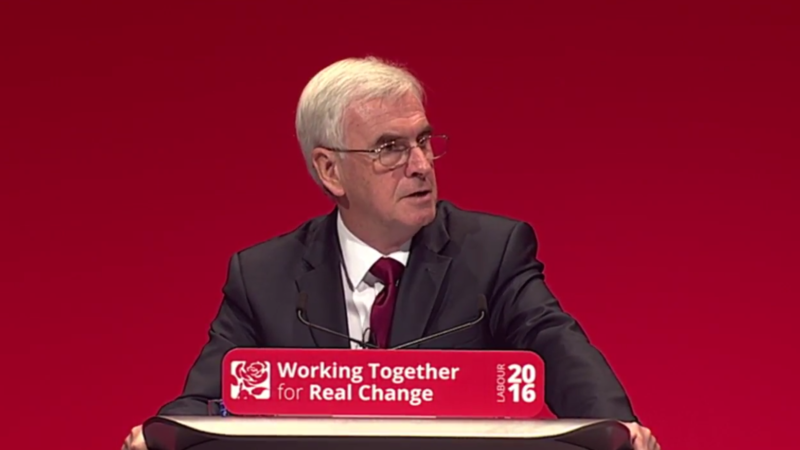 In the second half of our interview with former shadow chancellor John McDonnell, the Labour MP tells LFF that he thinks the general secretary of the Labour party, David Evans, has ‘destroyed community organising’ and is the wrong person for the job.

In a wide-ranging interview with LFF ahead of party conference, McDonnell also spoke about what Keir Starmer can do to unite the Labour party and how it can win the next general election.

Evans was appointed by Keir Starmer in the spring of last year but must be formally approved at a conference vote. Unite the Union executive committee has already voted in favour of refusing to approve Evans at party conference.

McDonnell told LFF: “I wouldn’t have appointed David Evans in the first place, he’s not the person for general secretary as far as I’m concerned, I think it’s been a huge mistake putting him into that position.

“The affiliates and the constituencies are quite right, it shouldn’t be an automatic endorsement, it should be a proper decision at conference and I would not vote in support of David Evans. I would vote the way in which many constituents are saying, is that we need someone there who properly understands the movement, the party, the political climate we’re fighting in and the need for proper organization on the ground, community organization, which he’s destroyed, he’s laid off the community organizers.

“I think in the limited time he’s been in there, he’s proved to be the wrong person for the job. However, if we don’t win, I know the right are saying we’ll win this vote and it’ll demonstrate how much we’re in control of the party, even if the right do win that vote I think people need to remember this is the first time ever the appointment of a general secretary has been challenged on the floor of conference.”

McDonnell added that even if the vote does go in Evans’ favour, it would send a clear message to the Labour Party leadership that ‘something is amiss within the party that has to be addressed’.

He added: “I’m hoping we win the vote and then we can have a proper appointment system.  If some of the unions aren’t willing to vote in that way, they should at least put Evans on probation.

“What general secretary can be considered a success when you’ve lost nearly 150,000 members and when the party’s in disarray as a result of a purge?”