Shelves have been left empty amid chaos in the logistics sector. 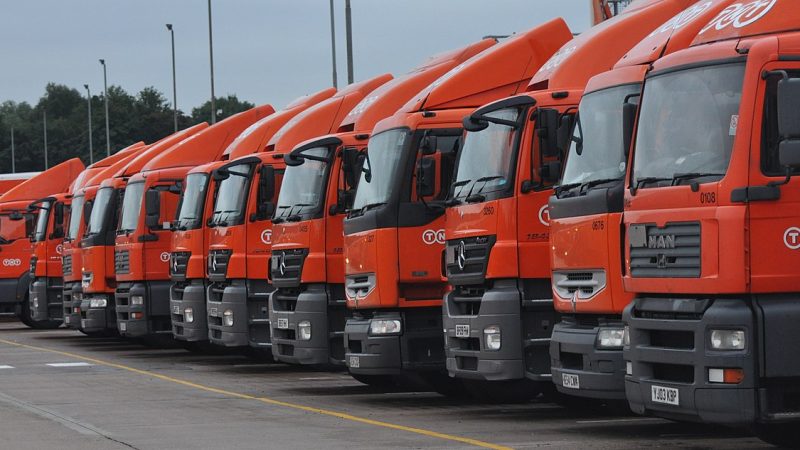 Voter blame Brexit for the shortages on supermarket shelves, according to exclusive polling for Left Foot Forward.

Shelves have been left empty of key supplies over the summer, with shortages of goods at the Co-Op, Sainsburys, Tesco, Morrisons and Iceland, amid chaos in the haulage and logistics sector.

Morrisons said in August it was facing ‘challenges’ that had been made worse by the lack of drivers, while Iceland Foods reported a ‘massive shortage of HGV drivers in the UK’ last month, which is impacting the food supply chain every day.

The Road Haulage Association has warned of a short-fall of 100,000 HGV drivers, while the Confederation of British Industry has claimed there could be up to two years of labour shortages. The business group has called for it to be easier to recruit drivers from overseas.

Debate has raged over the key cause for the empty shelves – with many blaming Brexit and the government’s new ‘points based’ immigration system – implemented in the middle of the Covid pandemic – which critics say has made it impossible for employers to recruit lorry drivers, care workers and other key workers from overseas.

Recent figures from the Office for National Statistics show a dramatic rise in worker shortages, with the number of unfilled vacancies in the transport and storage sector having almost tripled from 13,000 to 38,000 in the past year.

But the government has rejected calls to open up immigration to ease the driver shortfall. In a letter to the logistics industry in July, ministers including Transport Secretary Grant Shapps MP wrote: “Large numbers of EU nationals have settled status or pre-settled status in the UK and continue to be an important part of the lorry driving workforce. But for the future workforce we will need to develop people resident in the UK as opposed to specifically providing visas for this group of workers.” Instead, ministers pointed to plans to boost the number of HGV driving tests, and provide more training.

However, the situation has continued to deteriorate. On Tuesday, Liberal Democrat Home Affairs Spokesperson Alistair Carmichael called for the army to be brought in to tackle the supermarket shortages, saying: “The Government is ignoring a crisis happening across the country. If they don’t act now we could be in for a Christmas of chaos; with empty shop shelves and restaurant supplies, no toys for our children, and even a delay to life saving flu jabs.

“We’re at the point now where we need to mobilise the army to get food onto our supermarket shelves, showing that the Government has failed and left us all facing a bitter winter of discontent.

“This is all down to Priti Patel’s disastrous new immigration rules that are harming Britain. She must listen to British businesses, rather than hinder them, and enable them to hire the lorry drivers and other workers we so desperately need.”

Now polling for Left Foot Forward by Savanta ComRes has found that voters primarily blame Brexit for the supermarket shortages.

The representative poll of more than 2,000 adults in Britain finds that over a third – 37 percent – of the public say Brexit is the main cause of the logistics chaos, followed by 24 percent blaming Covid. Another 24 percent believe low pay and bad conditions in the haulage sector is the main cause. The haulage sector is notorious for long shifts with difficult time demands placed upon drivers.

Six percent neither Covid, Brexit or low pay are the primary cause of the supermarket shortages, while ten percent say they don’t know.

The number citing Brexit as the key cause of the shortages rises to 43 percent of voters in London and 45 percent in Scotland. Among Conservative voters, just 25 percent mainly blame Brexit, compared to 31 percent who blame Covid. Labour voters are far more likely to blame Brexit, at 45 percent.

“The supermarkets fostered and became ever more dependent on a supply chain based on a high turnover of cheap labour.

“But that model, which was exploitative, is broken, and the supermarkets must take responsibility for making it fit for purpose.”

The question was as follows: Some supermarkets have reported food shortages recently. Which of the following do you think is the main cause of those shortages at the moment?