'I think GB news, when it launched, was actually a very, very shoddy platform. When it came out it was embarrassing to watch.' 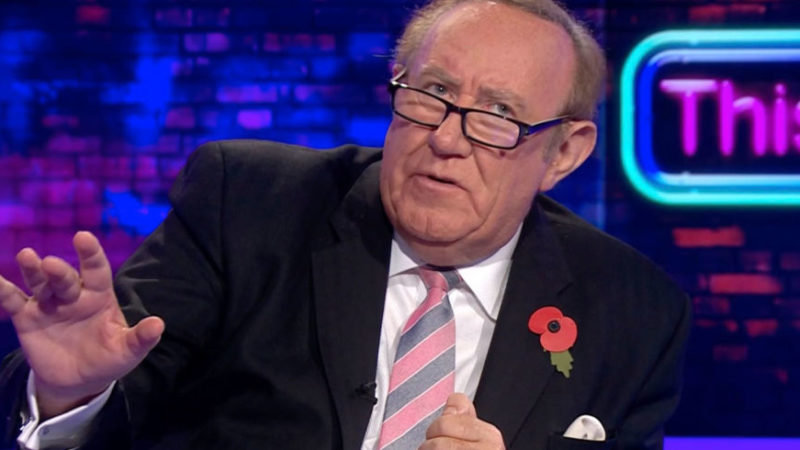 Andrew Neil was criticized on BBC Question Time last night and accused of using ‘dog whistles’ to attract viewers to GB News, in his first media appearance since he quit the controversial channel.

The former BBC journalist appeared on the programme to explain his decision for leaving GB News, after he played a pivotal role in setting it up, promising at the time to ‘change the face of news and debate in the UK’. A mere two weeks after the launch, which was hit by a number of controversies, including technical problems, Covid conspiracies and advertising boycotts to name but a few, Neil went on leave and never returned.

He has since resigned as chairman and quit as a presenter. GB News has been likened to Fox News in America, and Neil was keen to distance himself from Fox last night, saying he had always made it clear the GB News wouldn’t be like Fox News which ‘deals in untruths, it deals in conspiracy theories and it deals in fake news and that’s not my kind of journalism’. However, when pushed by presenter Fiona Bruce if that was the reason why he left GB News, Neil said people could draw their own conclusions.

Yet he faced strong criticism from writer and co-founder of the Black Writers Guild Nels Abbey who brought out a picture of Neil next to a quote from the former BBC journalist, that said: “Why Britain’s new TV news channel won’t be woke.”

Neil said to Abbey in reply: “You don’t know me and you are assuming things of which you have no knowledge whatsoever.”

Abbey added: “I think GB news, when it launched, was actually a very, very shoddy platform. When it came out it was embarrassing to watch.

“GB news is by no means whatsoever Fox News, it is actually a very inferior product to almost anything on the market.

“But what we actually had, what GB News did represent is the exact same thing that Fox News represented, which was for the purpose of re-mainstreaming and maintaining an almost cocktail of bigotries within our nation, under the term ‘woke’.”