The union is separating itself from Labour but not from Labour debate, in which case why disaffiliate? 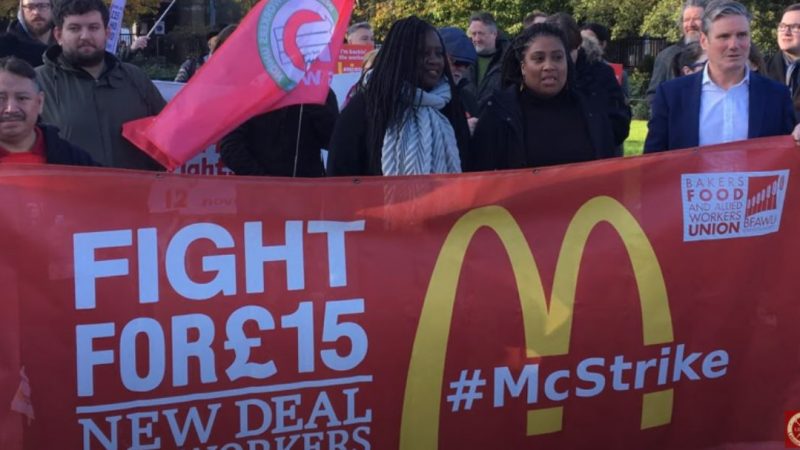 The BFAWU’s decision to leave the Labour party – reportedly due to concerns that their president Ian Hodson was about to be expelled – is an undisciplined act of petulance made for the short-term maximisation of publicity and not long-term achievement.

Leaving does not increase their political power, but it does decrease it. They are a small union – at most they have around 20,000 members – who, in a first past the post electoral system, will not have the same level of political influence outside the Labour party as they would have within it.

Indeed, when the Fire Brigades Union (FBU) disaffiliated from Labour in 2004, it did not change New Labour’s policy position in the slightest. Nor did it cause a mass exodus of trade unions from Labour. The smarter, and more disciplined, move for the BFAWU, would have been to put Labour in a position where it had to expel them, as happened with the National Union of Rail, Maritime and Transport Workers (RMT) in 2004, as this would have been much more politically difficult for Starmer.

It is important to note that membership of the Labour party does not tend to affect a trade union’s industrial success, as is demonstrated by the RMT and their achievements under Bob Crowe.

Equally, BFAWU’s success in McStrike and in later disputes with Weatherspoon’s and TGI Fridays should also be acknowledged. This is a union that can, and does, win for its members. However, if the BFAWU think there is no point being in Labour because they want to focus on workplace issues exclusively, then they should say so.

Instead, they issued a statement that reads like it has been written by twitter trolls, citing Starmer’s apparent focus on factional conflict in Labour, the Red Wall, and even a passing reference to Marcus Rashford being a more effective leader of the opposition than Starmer. There are many things that Starmer has got wrong, and his leadership has yet to be encouraging, but a more thoughtful and damning criticism can be made than just playing the hits.

Support for a £15 minimum wage

Additionally, the BFAWU have also stated they will now take up the cause of the £15 minimum wage (though there is no mention of fighting statutory sick pay to be paid at the living wage, a much more effective line of attack against Starmer) demonstrating that they have propelled themselves onto the bandwagon launched by Andy McDonald’s resignation.

The fact is that there was already a much better reason for the BFAWU to disaffiliate from Labour. In a recent survey of its members (the results of which were published in June) 53% of members believed that the union should no longer be affiliated to the Labour Patty as the same figure did not vote Labour in 2019. At the time, the briefing was that this could not be acted on because a rule change such as this would require two thirds majority at conference.

However, when it appeared that Ian Hodson would be expelled from Labour, a timeline was set in place to recall conference to debate on the motion of disaffiliation. One would imagine that the survey’s findings were mentioned at the subsequent debate, but they should have been the priority ahead of Hodson’s possible expulsion.

‘An abdication of responsibility‘

The BFAWU disaffiliating from Labour is an abdication of responsibility. Currently, a lot of attention is rightly on how dispiriting it is that a trade union that founded the Labour party has felt the need to disaffiliate. However, this removes all responsibility from the BFAWU.

When trade unions founded Labour, they took on a responsibility to shape the party and stay and fight for organised labour. If unions left the Labour party after every major disagreement, then the Labour movement would not have got passed its first twenty years.

It is possible to interpret the BFAWU’s disaffiliation as an expression of weakness, born of a belief that their capacity to shape Labour policy is negligible; after all, they have just lost their place on Labour’s NEC.

This political recalculation can be linked to the splintering of a wider left project across trade unions such as the FBU, BFAWU, and Unite that suffered a serious blow when Sharon Graham was elected as general secretary.

Ultimately, while the BFAWU may have inflicted short-term damage to Starmer as part of the wider left backlash at conference, this split will be more detrimental to the BFAWU than Labour in the long-term, as they have forfeited political influence for five minutes of fame.