'The funding pot being talked about for social care is not sufficient to even address the issues of today.' 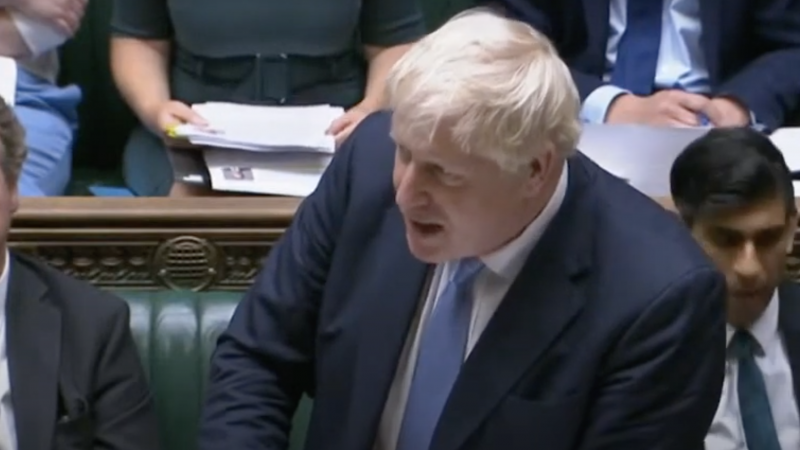 After repeatedly postponing attempts to address the social care crisis, the government has voted to introduce a new health and social care tax to pay for reforms.

From October 2023, lifetime care costs will be capped at £86,000, with any costs over that being paid by local authorities.

In order to fund the plans, the government has voted for a 1.25 percentage point rise in National Insurance, which will raise £12bn a year.

But many questions and criticisms about the reforms still remain unanswered.

Over the next three years £36 billion is expected to be raised by the new levy – but only £5.4 billion of this will go towards social care, with the rest earmarked to help the NHS clear its waiting list backlog.

This would mean until 2025, just £1.8 billion a year would go towards social care.

But analysis by the Health Foundation has suggested that to keep care from further deteriorating in England, at least £6 billion a year is needed.

Nadra Ahmed, the executive chairman of the National Care Association, which represents independent care operators, told The Guardian: “This is a recovery plan for the NHS and that is very obvious. The funding pot being talked about for social care is not sufficient to even address the issues of today.”

While the new levy will not be introduced until April next year, even further off is the £86,000 cap, which is not due to come in until 2023.

This leaves people needing care over the next two years in limbo and councils struggling to find money to care for them.

Almost 300,000 people are currently waiting to be assessed for help at home, according to the Association of Directors of Adult Social Services.

Council backlogs are reportedly growing, with 11,000 people waiting more than six months for an assessment.

In addition to this, the cap is not applied retrospectively, meaning only money that is paid after October 2023 will be counted as part of the £86,000.

The 2019 Conservative manifesto pledged to guarantee that no one needing care would have to sell their home to pay for it.

But on Wednesday Sajid Javid refused to rule out the possibility that it would be necessary, saying the cap would allow people to “plan much better for their future”.

At Prime Minister’s Questions, Keir Starmer asked: “Where does the prime minister think they’re going to get that £86,000 without selling their home?”

Fears have been expressed that while the announcement has been touted as a social care policy, money will be absorbed into the NHS, leaving little for care.

Until 2025, much of the money will be going to the NHS to clear the backlog caused by Covid.

But there are concerns that this will not be possible in three years, and although the government has pledged more for social care after this date, they haven’t specified how much.

There are also fears that in the intervening three years, the plans will change.

Ben Zaranko, a research economist at IFS, told The Guardian: “The experience of the last 40 years shows that NHS spending plans are almost always topped up.

“If history repeats itself, the ‘temporary’ increases in NHS funding announced this week could end up permanently swallowing up the money raised by the tax rise.”

The plan has attracted criticism over the fact that the tax will hit low earners harder than high earners.

Landlords will also pay less. Because the levy will be focused on earnings, other sources of income are undertaxed, including lots of rental income.

Of Britain’s 1.9 million buy-to-let landlords, two-thirds are in the richest fifth of households.

Think tank Resolution Foundation has said that those in the south of England will benefit more from the plans.

Not only will they see a greater share of their total assets protected by the cap, higher care costs mean they are also more likely to reach the cap and then receive state support.

He said: “The tax rises that will pay for a bigger NHS are generationally unfair, excluding rich retirees while prioritising wealthy landlords over their tenants.

“And while the social care cap will prevent people being hit with catastrophic costs, it will benefit Southern households far more than those living in Red Wall seats.”