The government's arguments fall apart quite quickly when you scratch the surface. 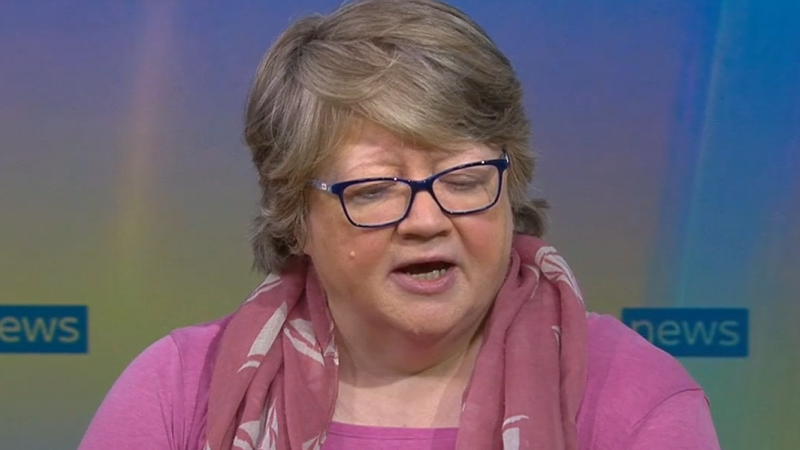 Labour will force a vote in the House of Commons today, urging the government to stop its planned cut to Universal Credit and Working Tax Credits – which will see six million families lose over £1,000 a year.

The UC increase will end when a six-month extension closes in October – and has triggered outrage from not just opposition politicians but Conservative MPs too.

In the years leading up to the pandemic, cuts and freezes to social security meant benefit levels were too low to protect families from hardship. The £20-a-week was a tacit recognition of this. Introduced at the start of the pandemic, the Chancellor claimed he wanted to “strengthen the safety net.”

The need for this has not changed – prices and bills are continuing to go up.

Analysis by the Joseph Rowntree Foundation (JRF) shows that removing the increase will cause immense, immediate, and avoidable hardship for millions of families.

1. New analysis from Labour reveals that the number of working people claiming Universal Credit has hit an all-time high, with 40% of all claimants in work. When the Working Tax Credit cuts are taken into effect, working families make up around 60% of families who will be affected by the changes.

2. The cut will create a double whammy for the 2.5 million people hit by a rise in National Insurance as well as a cut in their Universal Credit payments.

3. The government would be responsible for the biggest ever overnight cut to social security. Around 5.5 million families will experience a £1,040-a-year cut to their incomes next month. Half a million more people are set to be pulled into poverty, including 200,000 children, according to the JRF.

4. Over 400 constituencies are set to see over 1 in 3 working-age families with children hit by the cut to Universal Credit. Of these 413 constituencies, 191 are Conservative – 53 of which were newly won at the last general election or in a subsequent by-election.

The looming cut will have the most severe impact in Yorkshire & the Humber, the North East, North West and West Midlands (full constituency impact data is available here).

5. The cut is opposed by six former Conservative Work & Pensions Secretaries, the Northern Research Group of Conservative MPs, the One Nation Group of Conservative MPs, all the devolved administrations, numerous cross-party committees in all nations of the UK and a huge coalition of charities and community groups. Iain Duncan Smith recently said, “the extra £20 has returned to UC some of the investment that was cut from my original design.”

6. 100 organisations have urged the Prime Minister not to cut Universal Credit. Among the signatories of the joint open letter to the Prime Minister are leading voices on health, education, children, housing, poverty, the economy and other aspects of public policy.

Ministers will try to defend their cut by promoting their ‘Plan for Jobs’, which promotes apprenticeships and training. Here’s why it’s not the whole answer:

7. Around 2/3 of people on Universal Credit are either in work or are unable to work. According to the Joseph Rowntree Foundation, 1.7 million people who will have their incomes cut are unable to work – due to caring for others, disability, or illness. A strong labour market will not change this: their bills will not be £20-a-week cheaper. The cut does nothing except increase unnecessary hardship.

8. Energy prices, the cost of items on the shelves are getting more expensive and National Insurance is set to rise, yet the government plans to cut the incomes of families on the lowest incomes by £1,040-a-year.

9. All the families in receipt of Working Tax Credit contain someone who is working at least 16 hours a week.

10. For those already in work, it’s not as simple as being able to work just a couple more hours, contrary to the Work & Pensions Secretary’s comments this week. Not only does the design of Universal Credit mean it would take far more than working two extra hours to make up for the loss of £20-a-week, but also, many people will face genuine practical barriers to extra hours – from bosses refusing to offer it, to the cost of additional childcare.

11. If the cut goes ahead, it would take the main rate of out-of-work support down to its lowest levels in real terms since around 1990. People looking for work should not have the additional stress of being pulled into poverty and debt.

Jonathan Reynolds MP, Labour’s Shadow Work and Pensions Secretary, said: “Today, Labour is giving Conservative MPs the chance to do the right thing. They must choose between their blind loyalty to the Prime Minister and looking after their constituents.

“This cut will be a hammer blow to working families and will dampen our economic recovery. Labour is on the side of working people while the government wants to cut incomes and raise taxes.

“Now is the time for the government to see sense, back struggling families, and cancel their cut to Universal Credit.”

The PM and Chancellor are creating a false trade-off between work and Universal Credit – completely ignoring the reality of who is about to lose £20-a-week. MPs on all sides can and should tear ministers’ flimsy defences to shreds today.