‘Britain has a moral duty, historic responsibility and the financial means to provide many more Afghans with protection'. 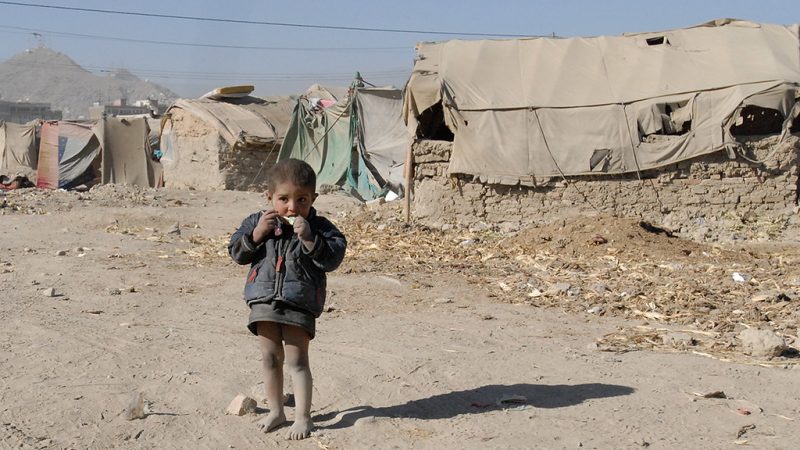 “Britain has a moral duty, historic responsibility and the financial means to provide many more Afghans with protection,” says Zoe Gardner, policy manager for The Joint Council for the Welfare of Immigrants (JCWI).

It is estimated that at least 30,000 Afghans have attempted to flee Afghanistan each week throughout the summer to escape the frightening rule of the Taliban – 80 percent of whom are women and children. Members of Parliament convened to discuss how the UK government would respond to the horrific humanitarian crisis, and the conclusion reached was that we would offer 5,000 Afghans sanctuary in the UK this year.

The low number was defended by Downing Street because it is ‘very rare’ for people to abandon their country and the decision reflected ‘our expectations of how many people will be able to both be seeking to leave, and will be able to leave, over that time period,’ The Independent was told. In addition, Boris Johnson announced that the new UK resettlement scheme would accept 20,000 Afghan refugees in coming years, with no definite plan for how that will occur.

Plans to resettle such a small number of refugees this year has been critiqued by many as ‘not enough’. MP Caroline Lucas called for further action in a recent tweet – pressuring the government to go further by ending the hostile environment toward asylum seekers, scrapping the Nationality and Borders Bill, extending family reunion rules, and granting immediate asylum for all Afghans currently in the UK.

The Nationality and Borders Bill, which is currently being decided upon in Parliament, would criminalise those fleeing countries into the UK by ‘irregular routes’ – such as on a dinghy in the English Channel. This type of legislation flies in the face of justice for those escaping trauma. Lucas told The Independent that ‘the bill was never fit for purpose and it must now be scrapped.’

She also mentioned the need for easier family reunification, which has been echoed by the Refugee Council.  Family reunion rights enable family members with relatives in the UK to travel safely and be joined with their loved ones. Following Brexit, it has been difficult to access viable routes to be reunited with family.

Until last year, the Home Office rejected more than half of the asylum applications from Afghan nationals. “I’d echo the demands of JCWI and 90 charities who work in the fields of human rights and migration,” says Benali Hamdache, The Green Party spokesperson for Migrants and Refugee Support. “We need to grant immediate asylum to Afghans already waiting for status in the UK and release all Afghan nationals from detention.”

Charities are equally disappointed by the government’s meagre commitment: “Promises to accept 5000 via official resettlement routes are a drop in the ocean compared to the level of need that exists, and don’t offer anything to the thousands who will have fled danger via any means available to them,” says Gardner. “We know Britain has the ability to do much more. Our government must accept Afghan refugees regardless of their method of flight, and should also grant protection to the almost 3000 Afghans still awaiting asylum here. With no return possible in the foreseeable future, Afghans need safety, support and compassion to rebuild their lives here.”

Priti Patel defended her decision to put a cap on the number of Afghan refugees when she told Sky News that the UK ‘cannot accommodate 20,000 people in one go.’ There has been no timeline  proposed for how long the UK would be give to resettle these 20,000 and the 5,000 promised resettlement this year is criticised by Hamdache as ‘paling in comparison to other countries with similar legacies.’ Canada has committed to immediately resettle more than 20,000. The United States has pledged to take 30,000. Tajikistan has promised to have 100,000. Germany alluded to 10,000.

“We are one of the richest countries in the world,” Hamdache says. “5,000 is the size of one of our larger villages. We can do far more.”

Our hostile environment toward asylum seekers and refugees must stop with this humanitarian crisis. ‘Global Britain’ must act if it is to retain its dwindling reputation of international philanthropy.