A new report from the Met Office and climate experts confirmed that we are already experiencing the effects of climate change in the UK. 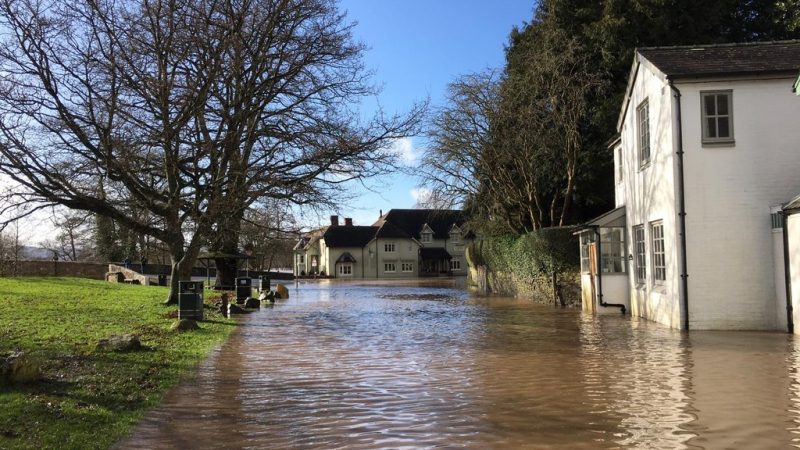 Scientists have warned that infrastructure in the UK will not withstand the effects of climate change, as flash floods affected part of London this week.

Thunderstorms and heavy downpours caused damage and disruption and videos shared on social media showed roads knee-deep in water, as well as floods in shopping centres and stations.

But housing, transport systems and flood defences across the county are not built to cope with extreme weather.

Professor Richard Allan from the University of Reading said: “In terms of extreme rainfall, you can see what that does in terms of infrastructure damage.

“It can affect coastal regions. Sea level rise because of climate change can combine with heavy rainfall events and high seas to produce extensive flooding in coastal regions, which can cause flooding of housing and danger to life.”

As well as danger from rainfall, he warned about disruptions due to warmer weather.

Professor Allan said: “In the UK we have quite old housing infrastructure, and we’re not built to experience extreme heat. That will cause health issues if you’re frail, or if you’re vulnerable to heat.”

Infrastructure systems are often highly dependent on each other, meaning that if one system is disrupted it affects other systems.

This comes as a report from the Met Office and climate experts confirmed that we are already experiencing the effects of climate change here in the UK.

The State of the UK Climate 2020 report found that last year was third warmest, fifth wettest and eighth sunniest year on record for the UK.

No other year has fallen in the top ten for all three variables for the UK.

The report also highlighted the severe and widespread flooding in February due to storms Ciara and Dennis and the UK’s third hottest day on record, where a temperature of 37.8 degrees was recorded on 31st July in Greater London.

“We are already seeing the effects of climate change on our weather and these will become more and more extreme as the climate warms further.

“The longer we put off decisive action on climate change, the more damaging these impacts will be – with tangible impacts for us all.”

Professor Ilan Kelman, Professor of Disasters and Health at University College London called for action to prevent damage to infrastructure.

He said: “The report is very much a call to ensure that we act now to stop people dying and infrastructure being damaged in weather, which we can do by implementing long-successful techniques.

“Houses in current floodplains can be built or retrofitted to withstand flood water, while using more green spaces in our cities can stop floodplains from expanding even as rainfall increases. Storing water for droughts needs to be planned now to avoid future shortages.

“One devastating difficulty is heat and humidity. We are on track for highly lethal heat waves where the main survival option is indoor cooling, which uses a lot of energy and which much of the UK lacks anyway.”

Greenhouse gas emissions over the last hundred years have led to a global temperature rise, which leads to extreme heat and rainfall.

“As well as the more intense rainfall and associated flooding, the temperatures are rising and so when you get heat waves, they are even hotter than they would otherwise be.”