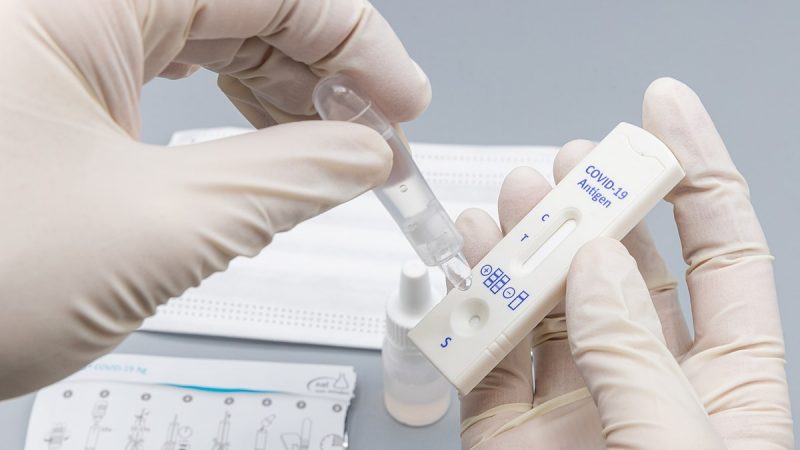 Tory donors were given contracts to provide Covid testing services for travellers entering and leaving the UK in an apparent ‘VIP lane’. An investigation by the Good Law Project has found that many of the firms benefiting from the ‘bonanza’ of the PCR test market have links to the Conservative party.

The Good Law Project highlighted that the government website asks firms bidding where they heard about the contract, with one answer being from an MP or Minister. The questioner goes on to ask applicants who selected that option to name their sponsor.

“The fact of a Minister ‘sponsoring’ your application is – or should be – irrelevant to your prospects of gaining authorisation. It is hard to see any reason for this criteria – beyond a desire to red carpet those lucky enough to be on good terms with Government Ministers,” says the Good Law Project website.

One such firm Rapid Clinics, which was incorporated in December last year by Dr Ashraf Chohan and has a ‘poor’ rating on trust pilot, with users labelling it a ‘ripoff’ and ‘awful’. Chohan’s links to the Tories include being chairman of the ‘Conservative friends of the NHS’, a party donor and member of the party’s treasury team, as well as being snapped in events with senior Tory figures including the Prime Minister.

Another government approved testing firm is Quick Clinics, run by Dr Chohan’s son Jamal Chohan. Much like his father’s, consumers rated his company ‘poor’, with some reviewers saying they never received their tests.

Government-approved firm Qured was labeled a ‘fraud’ and a ‘joke’ by travellers who used its services. Its parent company Health Technologies Ltd appointed Stephen John Oakly Catlin as its director in April 2020, who has donated £450,000 to the Conservative party. The major Tory donor is also a member of elite Conservative dining club Leader’s Group, which gives members direct access to Boris Johnson.

The Good Law Project website continues: “We don’t make any allegations about how these firms won Government approval that many customers don’t think they deserve. But we do say as a general rule this: cronyism – welfare for the wealthy – gives short shrift to the public interest.”

The group has previously highlighted the ‘chumocracy’ of PPE and track and trace contracts going to friends of the Conservative Party.