Meet some of the working-class students fighting for fairness at Britain's 'elite' universities. 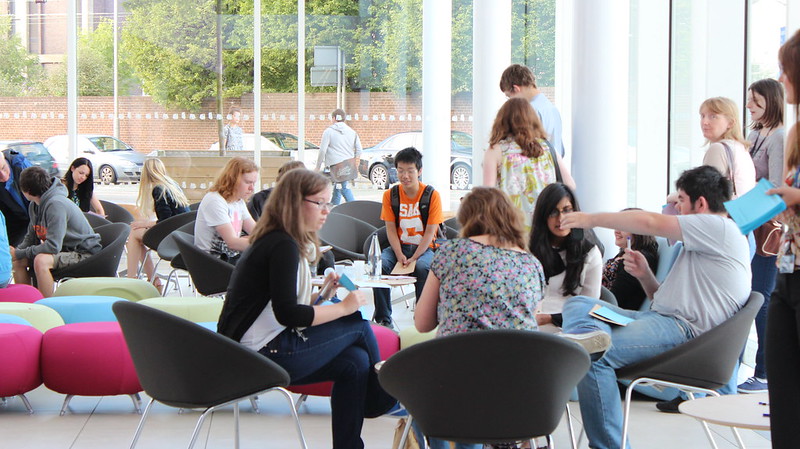 Oxford and Cambridge universities have a strange hold over the psyche of the British press, partly (one suspects) because of the disproportionate number of high-profile journalists who attended such institutions.

However, in recent months a new variation on the ‘Oxbridge’ story has emerged: the privately-educated pupil who has, in the face of rising state-educated students being admitted to these institutions, had to look elsewhere for their university place.

For those of us on the Left, it may seem that the story represents some good news as, after all, we need to be widening participation in education. But when you look at the numbers cited by The Times, we are talking of about a dozen or so fewer pupils attending Oxbridge from these fee-paying schools each year.

Elite St Paul’s Girls School sent 44 students to Oxford or Cambridge this year, compared to 55 in 2015. Magdalen College School in Oxford (just across the road from the university’s Magdalen College) saw a reduction from 44 in 2018 to 31 this year. Admittedly Eton, the ultimate shorthand for a privileged education, has faced a rather more significant decline of more than halving its number of successes compared to 2014, but at 48 offers they are in better standing than dozens of state schools combined.

Yet the hyper focus on a few ‘elite’ schools also obscures the very real issue of classism which continues to persist. The narrative is shifting towards wealthy individuals who complain about the alleged injustice of not having their child accepted into Oxbridge, as if a place is effectively reserved for their child if they’ve thrown enough money and tutoring their way.

I see this as someone who has been fighting for improvements for students under the ‘class umbrella’ – defined as working class, low income, first generation, state comprehensive educated, care leavers and estranged students – as the co-chair of Oxford’s Class Act campaign.

The work we do at Class Act aims to be a tonic against this toxic discourse. Through campaigning for the university and its constituent colleges to support the students under our remit, for example by highlighting educational disparities and black holes of economic support for students, we are showing how class affects the student experience. Perhaps even more crucially, we also act as a place for students to come together and share their experiences in a sympathetic environment.

My fellow co-chair Skye Fitzgerald-McShane calls the group ‘a place to vent, protest, chat and simply be with people who understand how difficult Oxford as a place is for students from non-traditional backgrounds’. “It grounded me when I needed it most,” she says.

Another committee member, Connie Hammond, reflects on her experience of coming to Oxford in the wake of the 2020 A Levels results day fiasco: “As an incoming student fresh from the pandemic’s ‘grades crisis’ – which disproportionately affected those attending lower-achieving state comp schools – having the Class Act community was essential in making me feel welcomed and fought for at university.”

There are, of course, many more excellent institutions beyond Oxbridge. The flip side is that issues of classism and so forth are commonplace elsewhere. At Durham University, where the statistics of state-educated entrants are actually declining year upon year (from 65.7% in 2018-19 to 61.6% in the latest cycle of admissions), the prejudice which working class and northern students face has been long documented, albeit with a metaphorical eye-roll from students and academic staff alike when people attempt to draw their attention to it.

In a seeming effort to outdo the toxicity of Oxbridge, recent incidents have included a miners’ strike themed rugby social in the home of the yearly Miners’ Gala (complete with the tagline “Think pickaxes… think headlamps… think 12% unemployment in 1984,”), alongside an entire report compiled on the negative experiences which northern, working-class students at Durham have had to face.

Amid all this, student activist Lucy Milburn-Greenwood told me she has faced ‘unapologetic classism’ from fellow students and lecturers. “I’ve lived in Durham all my life and was always aware of the university’s reputation as prestigious, but upon achieving grades to study there, I realised I had been naïve to how accepting people would be to those from different socioeconomic backgrounds,” she said.

However, she too is cautiously positive about the impact she and other like-minded students have had during their time here: “Since making considerable noise, I think the university is starting to accept that this is a problem and are attempting to tackle it as such – with more student outreach as well as listening to specific voices.”

A shift in a couple of dozen privileged students here or there has not led to significant changes in attitudes. What needs to happen is an active and fundamental shift to prioritising the inclusion of less privileged students within university life.

These old and traditional universities are facing two competing (albeit not wholly mutually exclusive) aims: do they want to be top institutions for academic research and education, or factories for producing the elites of the future?

At the rate things are going, in a few decades time we may well have true state-school dominance at these institutions. But without an additional effort to change people’s minds and priorities, universities will only go so far in becoming representative and progressive places of learning. If they want to know how best to go about this, I hope they listen to the lived experiences of us student activists.

And for working-class students joining Oxford and Cambridge this year, Class Act hopes to welcome you.

Jade Calder is an Oxford student, writer, and the co-chair of the Class Act campaign.