The IEA has rejected climate change targets as ‘arbitrary’. 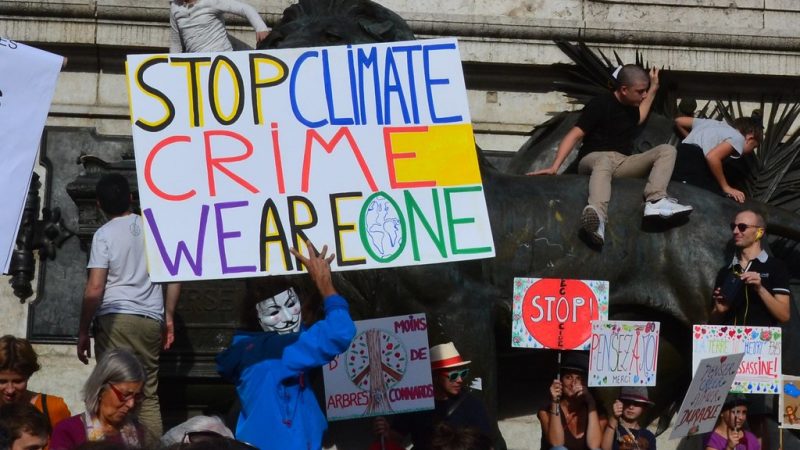 The Institute of Economic Affairs (IEA) has been accused of ‘a new kind of climate denialism’, with charities and climate change groups hitting back after it attacked net-zero targets. The IEA is a charity and right-wing think tank.

It’s media manager had written a piece in Conservative Home yesterday, taking aim at politicians and ‘green lobbyists’, in which it rejected climate change targets as ‘arbitrary’, found it concerning that ministers used the language of ‘crisis’ and ‘emergency’ when discussing climate change and decried the ‘high costs to individuals and families’ of net-zero.  It has previously boasted of its links to Boris Johnson’s cabinet.

The piece stated: “It has been argued that the Government should be honest about the costs of Net Zero and the impact it will have on our lives. As the media catches on, politicians and the green lobby can no longer shield the truth from the public.” It also added that it would be difficult to defend the government’s arbitrary targets given that other states such as China and India are responsible for a greater share of carbon emissions.

Responding to the claims, Hannah Dillon, head of campaigns at the Zero Carbon campaign said that it was ‘utterly irresponsible to discount net zero on account of costs’.

She said: “Especially when we are experiencing first-hand the catastrophic impacts of inaction on climate change. According to the OBR, further failure to act could see debt rocket to 289% of GDP by 2100, and that’s to say nothing of cost to human life, which according to Bloomberg will be in excess of 83 million by the end of century – more than the entire population of the UK.

“This is a new form of climate denialism, couched in concern for the public and often funded by those who stand to profit from inaction. It discounts the fact that people still want action on climate change, and can reap significant benefits from it. Fearmongering tactics that convince people they are going to have to pay for the transition have no basis in reality, and fail to consider the multitude of tactics that can be employed to ensure that financially vulnerable households can play a role in the transition, without having to pay.”

LFF asked the IEA if it believed there was no ‘climate crisis’ as suggested in its piece. In reply, a spokesperson for the charity said that the ‘climate crisis’ was a ‘political message adopted by a number of activist groups and politicians to conflate the long-term challenge of climate change with the need for immediate and urgent action’.

They added: “The IEA takes no corporate view on this slogan, however much individual authors might. The underlying psychological point about the language of environmentalism is that making transparently hyperbolic or false claims about political causes undermines those causes.”

The 20 hottest years since records began in 1850 have occurred in the last 22 years and with current policies in place, temperatures are expected to rise by 2.9°C. This could result in 275 million people being subjected to flooding, with more than a quarter of the world’s population exposed to extreme drought conditions.

The IEA has also been accused of ‘irresponsible fear-mongering’ over net-zero costs for individuals and families and for failing to take into account the costs of inaction and mitigation measures available for financially vulnerable households.

Friends of the Earth’s climate lead, Connor Schwartz, said: “We can hardly consider an organisation known to have taken payouts from Big Oil and Gas for decades, the authority on what needs to happen to prevent catastrophic climate breakdown.

“The problem with some net zero strategies is that they obscure a lack of real effort to bring down emissions, not that they’re unpopular or expensive. We know that public support on climate is greater than ever, and the transition we need is an investment in our health and prosperity. We’re well past questions on whether we’re facing a climate emergency. Suggestions otherwise shouldn’t be given the time of day.”

The IEA is known to have previously received funding from oil corporations BP and ExxonMobil.

The Charity told LFF that it does not take corporate positions and ‘does not allow donors or supporters to determine the outcome of our research’.

It also rejected claims that by labelling climate change targets as ‘arbitary’ that it was engaging in a new form of ‘climate change denialism’.

Fiona Dear, Head of Campaigns at The Climate Coalition said it was clear that urgent action was needed to tackle the climate and nature emergencies the planet faces.

Fiona said: “Net zero is about securing a safer future, because every degree of climate heating makes us all less safe, and the cost of not taking action rises with every passing day.”

In response to claims that it was fear mongering over the costs of net-zero targets, the IEA said: “Costs of inaction’ speaks to a set of arguments that presume the alternative to any Government plan is that nothing happens. Clearly this isn’t the free market argument, it’s either that there are better policy tools to use to achieve the same outcome, or that non-state actors will deliver, and that the cost of state action can often crowd out more effective alternatives.”