There was a widening of the gap for poorer students on free school meals, who scored on average 0.1 of a grade lower compared with 2019. 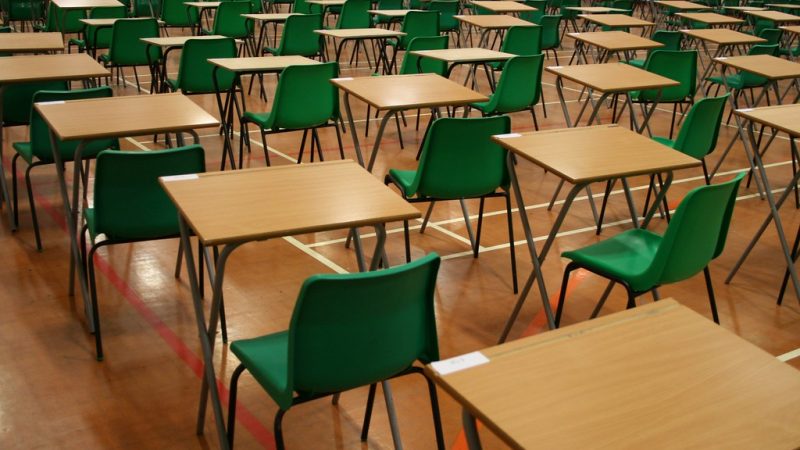 Pupils from poorer backgrounds in England have fallen further behind their more privileged peers, according to analysis of this year’s GCSE results.

Although a record number of top grades were awarded, with 30 percent of entries gaining grades 7 and above, the equivalent of an A or A* grade, the results also revealed stark inequalities for pupils attending different schools.

While grammar schools saw more than 68% of entries awarded grades 7 and above and independent schools gave top marks to 61% of GCSE entries, there was a widening of the gap for poorer students on free school meals, who scored on average 0.1 of a grade lower compared with 2019.

Labour leader Keir Starmer took to Twitter to condemn the attainment gap. He said: “Today’s GCSE results show pupils on free school meals are half as likely to get top grades.

“The widening attainment gap is a testament to the Conservatives’ failed approach to education.

“And 18 months of chaos and incompetent decision-making.”

Speaking on BBC News he also called for education secretary Gavin Williamson to go, adding: “Inequality in education is unforgivable. We should all be aiming to close the gap in terms of attainment.

“We had huge inequality before we went into this pandemic ­ it’s just got worse. And a lot of that is just down to the way that the education secretary and the government handled this with a chaotic system.

“If he won’t resign, the prime minister should get rid of him.”

In response to the widening attainment gap between students who receive free school meals and their more privileged peers, Sir Peter Lampl, founder and chair of the Sutton Trust and chair of the Education Endowment Foundation, told LFF: “Teachers and students alike should be proud of their achievements today in the wake of the disruption over the last year.

“GCSEs are a pivotal moment in a young person’s life: they’re passports to next steps, whether that’s further study or training. The attainment gap between disadvantaged pupils and their peers has also increased due to the effects of the pandemic which have impacted disadvantaged students most keenly. “As these students have faced the most obstacles in their learning this year, it’s crucial that there is support for their learning as they enter post-16 education. Specifically, we’d like to see pupil premium funding extended to 16-19 year old learners.”