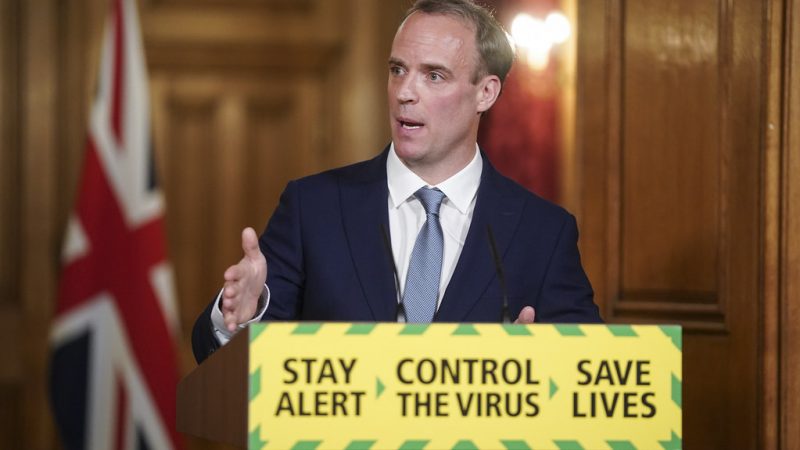 The foreign secretary Dominic Raab has faced some scathing criticism and been mocked online for posting a video of himself reeling off what he has done to help in Afghanistan.

The twitter post came after growing pressure from opposition MPs calling for Raab to either quit or be sacked after revelations that he was away on holiday in Crete as the Taliban captured Kabul and failed to make a vital phone call over the evacuation of Afghan interpreters while he was away on the luxury holiday.

The Daily Mail reported that senior aides desperately tried to get Raab to contact Afghan foreign minister Hanif Atmar last Friday about getting Afghan interpreters out of the country without passports or visas if need be. However, Raab is said to have delegated the task to junior Foreign Office minister Zac Goldsmith. The paper claims that Afghan authorities initially refused to set up a call with a junior minister, meaning crucial time was lost that could’ve been used to save more Afghan interpreters.

Raab is also reported to be facing criticism from within the cabinet over his handling of Afghanistan, with rumours continuing that he could lose his job in the next Cabinet reshuffle.

The foreign secretary released a video of himself on Twitter yesterday in which he spoke of how he chaired an emergency meeting of G7 foreign ministers to coordinate actions in response to the crisis in Afghanistan.

Raab says that they were working ‘intensively together to get our people out’.

However, he faced an immediate backlash, with John Crace the Guardian’s parliamentary sketch writer calling it the ‘don’t sack me tweet’.

Others slammed Raab for thinking the video was his ‘Get Out Of Jail Free card’. One social media user wrote: “Too little, too late”. Others were even more scathing, accusing the foreign secretary of ‘bolting the stable door after the horse has gone’.