Clarks is one of the latest companies to be accused of the practice. 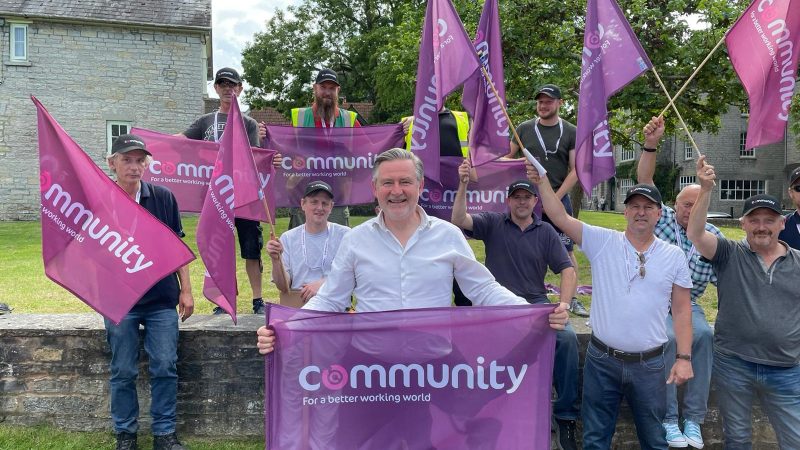 A petition calling for the Business Minister to make the practise of firing employees and then rehiring them on contracts with worse conditions illegal has reached almost 150,000 signatures.

It reads: “This petition is to urge the UK government to introduce a law that protects all of us from companies trying to tear up our contracts, effectively firing us and rehiring us on worse pay, with worse terms and conditions.

“It is illegal in Spain and Ireland. It should be illegal here too.”

The petition, addressed to Kwasi Kwarteng MP who is the minister for business, currently has 144,328 signatures.

The page on the Organise Platform website cites Clarks as one of the latest companies to use fire and rehire tactics on employees.

It reads: “Companies are deliberately firing people to rehire them on worse contracts. Clarks are trying to use this legal loophole right now.

“For some reason it’s legal in this country, but it’s leaving thousands of us in the lurch. Companies shouldn’t be able to force staff into choosing between worse contracts and being fired.”

In July, unions reported that staff from Clarks headquarters and warehouses in Somerset were considering strike action following the company’s attempt to get them to accept worse conditions.

These included a reduction in hourly wage, sick pay and annual holidays, and even a removal of 10-minute coffee breaks and complimentary hot drinks.

Unite regional officer Gareth Lowe said: “Our members are rightly angry at the employer’s threats to fire and rehire which will cause a dramatic fall in their terms and conditions.

“The strength of feeling amongst staff is such that Unite will hold a consultative ballot over whether to take strike action.

“Unite will work alongside Community to fight these attacks and Clarks should be aware that if strike action is coordinated the company’s entire operations in Street will come to a halt.

“We urge Clarks to drop its unnecessary plans to hack at the terms and conditions of its loyal and dedicated staff.”

The company is currently consulting with unions and its employees.

The MP for Brent North has introduced a Private Members Bill aiming to provide safeguards for workers against dismissal and re-engagement on worse terms and conditions. The bill is on its second reading.

He said: “I have been really encouraged by the support I have received from MPs from every party and every corner of the country. This issue affects millions of working people across Britain and their families.

“Every union and good employer knows fire and rehire is wrong and together we can make Britain the best place to work. Carpenters, cleaners and comedians all back this Bill.

“I have been travelling the country to promote the Bill and I have heard terrible stories that are an embarrassment to British industry but together I know we can win.”

A spokesperson for Clarks said: “Clarks has been consulting with unions and employees on proposed changes to employment terms and conditions for both our UK corporate employees and our UK distribution centre operatives at our Westway Distribution Centre in Street, Somerset. Clarks did not undertake this lightly, but the proposals are part of a company-wide plan to protect the future of the business which has been under stress for several years and especially during the pandemic.

“These proposals follow a review of Clarks’ operating model and form part of the company’s measures to secure future viability, with a view to protecting jobs. Right from the start Clarks has taken a constructive and collaborative approach in both HQ and distribution centre consultation processes, seeking to reach a compromise and avoid the need to terminate contracts on current terms and offer re-engagement on new terms, which the company has always regarded as the very last resort.

“Following a collective consultation with employee and trade union representatives, Clarks has reached a compromise on proposed changes to employment terms and conditions for its UK corporate employees, which include the HQ in Street, Somerset. As a result of the constructive negotiations, Clarks compromised on the proposals originally set out by the company, including the removal of a reduction of holiday entitlement, and improving proposed terms relating to sick pay and maternity pay.

“Clarks is confident that the vast majority of UK corporate and HQ employees understand the need for change and will accept the new terms and conditions.

“We continue to consult with unions and employees at our Westway Distribution Centre on proposed changes to employment terms and conditions for all Operatives. This process is ongoing, and we are hopeful for a constructive conclusion in due course.”