Businesses and workers have been left to bear the responsibility for preventing a major public health and economic setback. 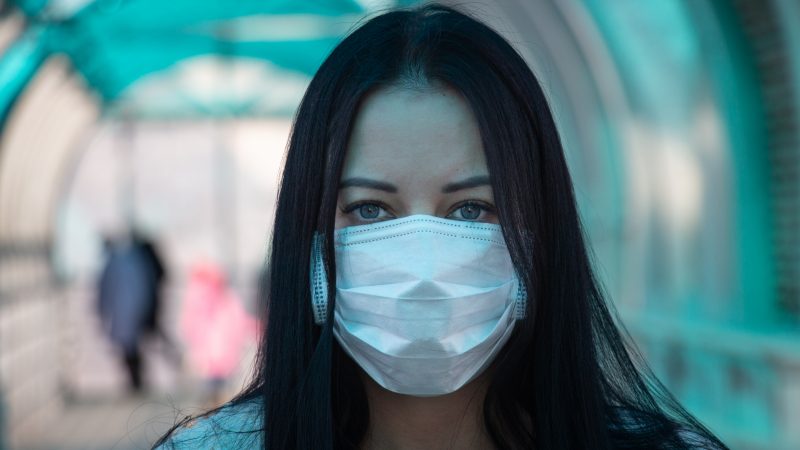 This week’s total unlocking has put millions of workers at unnecessary risk of Covid-19.

The removal of legal requirements for basic measures like the wearing of face masks has sparked concern across society. Polling shows that 71 per cent of Britons still want face masks to be compulsory on public transport and 66 per cent believe they should be compulsory in shops and other enclosed public spaces.

Businesses are anxious that a lack of confidence and widespread self-isolation could jeopardise economic recovery, while trade unions fear that the muddled new guidance threatens the safety of workers across sectors.

They are all right to worry. Cases are spiking, NHS app self-isolation ‘pings’ are at half a million a week and rising, and hospitalisation figures are climbing.

It is in this context that businesses and workers have been left to bear the responsibility for preventing a major public health and economic setback.

Whatever happens next, this approach guarantees inequality of risk. A worker’s safety will depend on the nature of their job and the willingness of their employer to implement safety measures that are no longer required by law. And, as we have already seen during the pandemic, it is often lower-paid individuals working in close-contact roles who are most exposed to the health risks of the virus and who can least afford to self-isolate.

It should not have to be this way. But it is now more urgent than ever for employers and trade unions to come together to protect workers and secure the economic recovery. By working together in ‘social partnership’, Britain’s workers and businesses can fill the void left by the government’s abdication of responsibility.

Businesses and workers have an opportunity to act where the government now refuses to, by negotiating across sectors and workplaces to establish clear, reasonable rules to protect health and safety.

We have seen that this would be in the interests of both parties. Businesses want to reduce uncertainty, increase the confidence of customers and clients, and ultimately maintain a stable public health picture so that they can continue to operate. Workers want to be protected from contracting Covid-19 at work, be able to continue to do their jobs and safely go about their lives.

But the current guidance does not give either businesses or workers what they need. The key reason is that it is only guidance – it binds no one, and was formed without consulting the people it affects most.

In contrast, employer-union negotiation, by definition, requires the buy-in of workers and businesses alike. It commits both parties to health and safety protections relevant to specific sectors and workplaces. Employers and workers now have an opportunity to demonstrate how valuable social partnership can be in navigating challenges in the world of work.

In workplaces where unions are already recognised, they should be on the front foot to push employers to do more. Unions should be seeking formal agreements that set out which measures must be implemented to minimise Covid-19 risk while still allowing the business to operate and workers to work.

We know that this has already been happening throughout the pandemic, and many unions are now stepping up their work. Usdaw has successfully negotiated with employers to maintain safety measures such as Perspex screens and hygiene stations, and pushed major food retailers to encourage staff and customers to wear face masks.

Similarly, Community trade union has worked with employers in the footwear manufacturing industry to maximise ventilation in shoe factories. And the Bectu sector of Prospect trade union ensured the film industry was able to make an early return to sets due to negotiations on Covid-safe working practices.

An immediate challenge for this social partnership agenda is that trade union membership and recognition remains too low, especially in key industries where workers face heightened risks such as retail and hospitality. Where unions are not present, they should ramp up efforts to recruit and become recognised.

Crucially, the government must implement urgent changes to make union recognition easier. The Fabian Society’s Commission on Workers and Technology recently recommended ways to remove barriers. These included enhancing unions’ rights of access to workplaces where they are not yet recognised and lowering the number of union members needed to initiate a recognition process.

The government should not have removed the legal protections around mask-wearing. But now that it has, partnership on safety between workers and employers must set a new precedent for managing workplace challenges. Government should take notice and find ways to support these social partnerships and ease their establishment and approach, instead of leaving them to bear the responsibility alone.

Josh Abey is Senior Researcher at the Fabian Society.