Women are speaking truth to power - and the backlash is real. 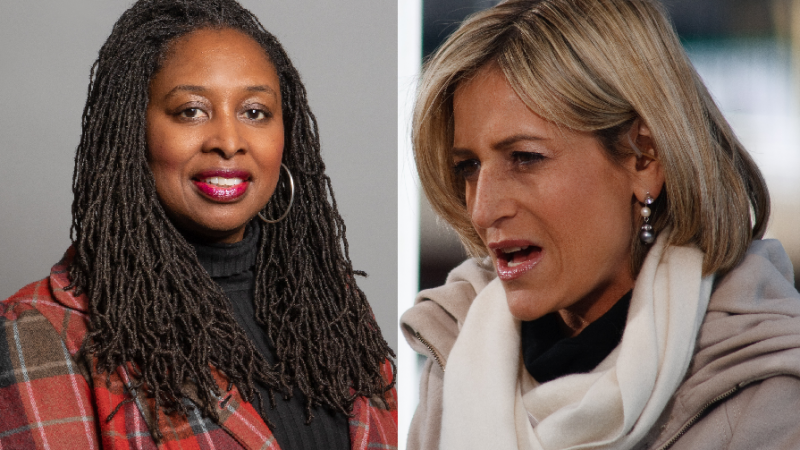 Nina de Ayala Parker is a writer and activist.

The past week has seen two striking cases of women speaking truth to power. On Thursday, the brilliant Dawn Butler, Labour MP for Brent North, stood up in Parliament and called out Boris Johnson’s lies, recounting examples, and concluding what so many have said before, that he is a liar.

The speech quickly transformed into a table tennis match between the Deputy Speaker of the House asking Butler to retract her statement, and Butler sticking to her guns.

Dawn Butler: “He has lied to this House, and lied to the country over and over again.”

Deputy Speaker: “Order, order. I am sure that the member will reflect on her words just then and perhaps correct the record.”

Butler: “It’s funny that we get in trouble for calling out the lie, rather than the person lying.”

Deputy Speaker: “Order, order, order! Can you please, please reflect on your words and withdraw your remarks.”

Butler: “Deputy speaker, I have reflected on my words and someone needs to tell the truth in this house that the Prime Minister has lied.”

Butler was then asked to leave the House. Butler, graciously left, without the need for a mic drop, because she had already said her piece which rung true through the walls of Westminster.

Journalist Emily Maitlis, like Butler, has also been in the spotlight for refusing to apologise for an opening Newsnight speech critical of the government’s then chief adviser, Dominic Cummings, over his trip to Barnard Castle in May last year.

Her full introduction is worth quoting in full:

“Dominic Cummings broke the rules. The country can see that and it is shocked the government can not.

“The longer ministers and the Prime Minister tell us he worked within the the more angry the response to this scandal is likely to be.

“He was the man remember, who always got the public mood. Who tagged the lazy label of elite on those who disagreed.

“He should understand that public mood now. One of fury, contempt and anguish. He made those who struggled to keep the rules feel like fools and has allowed many more to assume the can now flout them.

“The Prime Minister knows all this but despite the resignation of one minister, growing unease from his back benchers, the dramatic early warning from the polls and a deep national disquiet – Boris Johnson has chosen to ignore it.

“Tonight we consider what this blind loyalty tells us about the workings of Number 10. We do not expect to be joined by a Government Minister but that won’t stop us asking the question.”

Responding to calls to apologise last week, Maitlis spoke for many journalists across the country when she said: “That’s what we do…We analyse. We interrogate. We investigate. We’re not a public announcement tannoy. That’s not our job.”

Neither Butler nor Maitlis backed down.

It seems such brave and outspoken women will be the saving grace of a country who is like a sick child in need of a hug and some Calpol. Often it is women who pick up the pieces, and in this case, Butler and Maitlis and so many other women have injected some much-needed faith into journalism and politics. It is a sad irony that they are facing the full fury of the establishment that so desperately needs to be challenged.

Women who speak truth to power are re-writing the rules.