'The ongoing row in Scotland over the role of the Lord Advocate is of fundamental importance to Scottish democracy'. 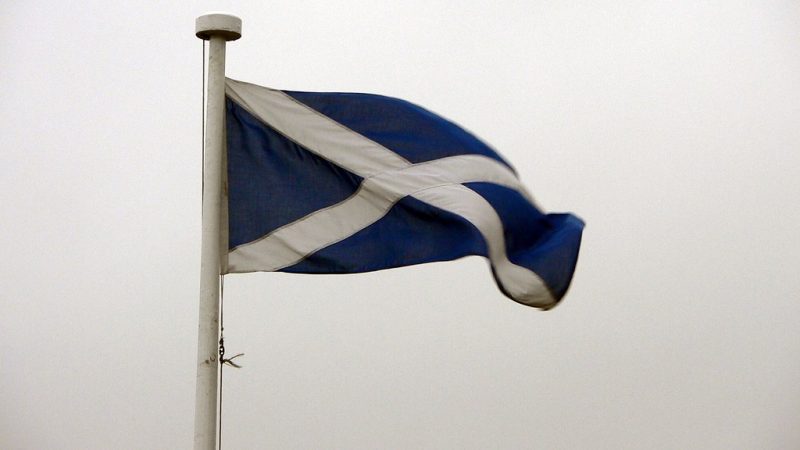 Most south of the border will be bemused by the ongoing row in Scotland over the role of the Lord Advocate. But it is of fundamental importance to Scottish democracy and matters because as though I, like many, believe that most Scottish ills can be placed at the Tory government’s door in London, this one can’t.

Its home grown, even though legislative changes are required in Westminster as the post is designed in the Scotland Act establishing the Scottish Parliament.

However, the Prime Minister has shown a willingness to doing that, whilst sadly the Scottish Government has been dilatory.

Historically, before the post of Secretary of State for Scotland was established, the Lord Advocate was the power in the land, and some could be quite despotic. But the post evolved and became simply legal, however an anachronism was left.  For the post holder is both principal legal advisor to the Scottish government, but also the head of the prosecution service. That’s something neither replicated elsewhere in the UK nor indeed in any other modern democracy.

In England and Wales and in most other jurisdictions, an attorney general advises government from within and a head of the Prosecution Service is separate and entirely independent of government from without. To be fair, more recent post holders of whatever political hue, and both before and since devolution, have served with distinction.

Modest attempts within the existing framework were invoked by Alex Salmond, whereby the Lord Advocate only appeared at Cabinet when legal advice was to be given and was only involved in those aspects of discussion. But the historic anachronism still remained and a clear potential conflict of interest likewise lingered. Under Nicola Sturgeon, it has been brutally exposed by a series of issues causing concern to many.

Firstly, there was the admission by the Lord Advocate of malicious prosecutions involving administrators in the Rangers FC liquidation. That’s unprecedented in Scotland not just in recent years but since the dark days of state repression in the early 19thCentury. Even south of the border there have been none since 1999 and high-profile cases that had happened before such as Winston Silcott and Daniel Morgan were rare. It’s something that’s caused consternation and anger even within the police and prosecution service but has been made all the same. An inquiry, perhaps even by a non-Scottish figure has been promised but nothing has yet been established.

Not only is there the reputational damage to an institution where probity and impartiality is essential but it’s come at a huge cost. The damages bill could reach £60 to £80 million in an organisation where the annual budget is only £300 million. Public funds are going to require bailing out the prosecution service and morale is badly affected with rumours of discontent with the leadership abounding.

Secondly, and just as alarming has been the role of the Lord Advocate and the Crown Office, as the prosecution service is known in Scotland, in the Alex Salmond case and matters that have followed on from that. The case itself saw resources normally deployed against a major organised crime figure or serial killer, yet for charges that other than for who was being prosecuted, would either never have seen the light of day or only in the lowest courts. As it was, a majority female jury acquitted him on all charges.

Now it’s standard practice and it happened there, that the Lord Advocate recused himself from involvement in the prosecution. But he was at the same time sitting on Government committees seeking and referring for prosecution. Chinese walls and recusals simply aren’t enough and the fall-out from that case continues to reverberate.

When appearing before the Holyrood committee considering the Salmond prosecution the Lord Advocate was frankly evasive and obfuscatory. Open Government and transparency there certainly was not. Craig Murray, the former diplomat and blogger, was prosecuted for contempt of court by the Crown relating to that trial though even more flagrant breaches by mainstream media were ignored.

His appeal is now with the Supreme Court. Other bloggers have been charged though cases so far have been thrown out by the courts but even tweets saw police immediately despatched by the Crown to close down comment. A sharp contrast to recent racist tweets and inaction months ago at hostile marches by Rangers fans.

The postholder has changed with James Wolfe stepping down as Lord Advocate, replaced by Dorothy Bain. But personnel changes are inadequate whilst structural flaws remain. The SNP finances are now under investigation and the Party Chief Executive’s the First Minister’s husband.   Democracy requires a separation of powers between government and prosecutor. Justice has to be seen to be done, not just be done. Change is therefore urgent as the former is certainly not being done and concerns remain about the latter