Trade union and labour movement support escalates for the global academic boycott of the University of Liverpool. 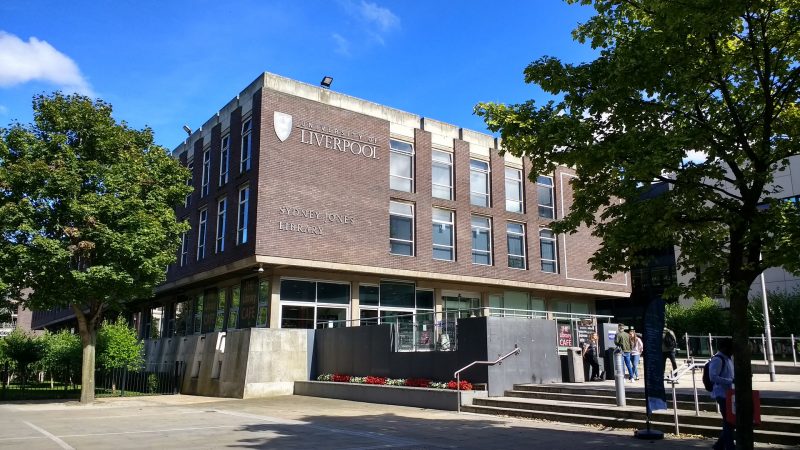 In response to the refusal to halt the sacking of 21 health staff, the University and College Union (UCU) has hit the University of Liverpool with the sanction of an international academic boycott.

The latest action follows a long-running dispute over plans to abolish 47 teaching and research jobs in the faculty of health and life sciences at the University of Liverpool during the height of the second wave of the Covid pandemic.

Following industrial action by UCU members, this number has been reduced to the sacking of 21 health staff.

Earlier dispute saw around 1,300 UCU members going on strike for three consecutive weeks in late May and early June to fight over the job cuts.

The measures include asking UCU members not to apply for any advertised jobs at the University of Liverpool. Members are also being encouraged not to accept new invitations to give lectures at the university, and not to accept new positions as visiting professors or researchers at Liverpool.

Lecturers are being urged to avoid accepting new contacts as external examiners for taught courses at the university, and not to agree to speak at or organise academic or other conferences at Liverpool which are outside of contract.

The University and College Unions is also asking members to refuse to collaborate on new outside of contract research projects with the University of Liverpool.

Students being ‘left in limbo’

Students have become involved in the clash, saying management at the university should be “ashamed” for the ongoing chaos caused by the compulsory redundancies. A protracted marking boycott meant that around 1,500 students failed to receive the results for their degrees.

According to UCU, the university had been unable to award students their results because it refused to resolve the dispute with the trade union.

One student, who was waiting for her PhD result, said students, have felt they were being “used as a pawn” and “left in limbo.”

“You should never make experts in their field redundant, particularly during a global pandemic,” the student said.

On Saturday July 10, staff and students at Liverpool University gathered in Liverpool to highlight the fight for jobs in the city, including those at the university.

The protest, which was held in collaboration between People Before Profit, UCU Solidarity Movement and University of Liverpool UCU, stressed how Fire and Rehire fights, such as Manchester bus drivers, have been won by determination action.

“We are determined to save every job, through strikes, working to contract, a marking & assessment boycott, and protests,” said the demonstration organisers.

The organisers pointed to the solidarity shown by other trade unionists and activists, which they say have “been crucial in building our members’ confidence and supporting the campaign.”

Among the university unions and trade unions have shown support towards the international academic boycott is Cambridge University and College Union, the (unrecognised) trade union for academic, academic-related staff and graduate students at the University of Cambridge. The union shared its support on Twitter, tweeting:

“#Solidarity to all at @ULivUCU who have been fighting against these unjust job cuts on the picket lines and through marking boycott. They have stood up to mgt bullying including a lock-out with huge courage #FightForHealthJobs.”

Unite the Union, which is dedicated to protecting workers rights and diversity and equality in the workplace, stands behind the boycott. A Unite spokesperson told LFF:

“Unite fully support the actions of the UCU members standing against the university’s decision to make 21 staff redundant. We call on the university to get around the table and try to negotiate a way forward that protects jobs and the students they are responsible for.”

The Workers Party of Britain, Liverpool and Merseyside branch, has said it condemns the University of Liverpool’s actions, tweeting:

“During the difficult last year Liverpool University tried to sack 47 faculty staff, reduced to 21 by union pressure. This has caused 1,500 students not receiving their degrees and now they are withholding 100% of staff wages!”

“They have failed to heed those warnings and now face a major escalation of this dispute and damage to the university’s international reputation.

“Senior leadership must realise they are not immune from criticism and they cannot treat their staff in such a despicable way, without expecting to face serious consequences,” O’Hanlon added.