UK politics is increasingly framed by markets, corporate profits and tax cuts rather than concerns about humanity, compassion and care, says Prem Sikka. 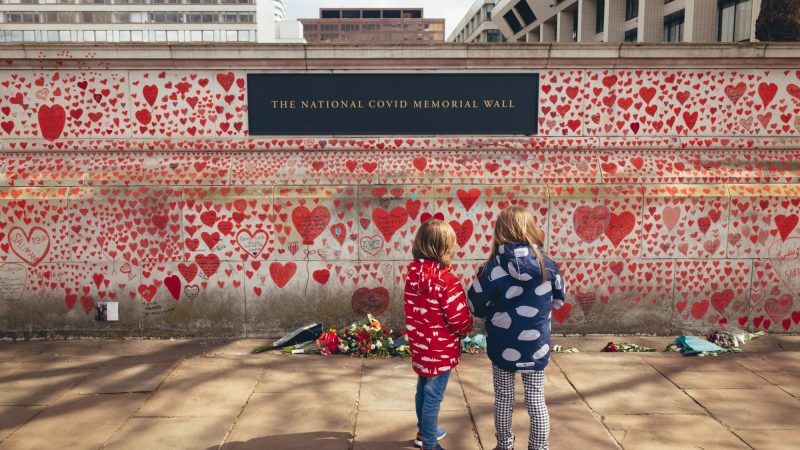 Most of the Covid-lockdown restrictions have been lifted, at least for the time being. Sadly, the lives of many have been torn apart by the loss of their loved ones.

There have already been nearly 153,000 officially acknowledged Covid-related deaths in the UK. Many more have died because their hospital treatment was postponed. The death-toll is more than double the number of civilians that died during the Second World War.

An independent public inquiry is needed to scrutinise the handling of the pandemic in all four home nations. It also needs to scrutinise the politics, economic and social policies which have delivered the high death-toll.

UK politics is increasingly framed by markets, corporate profits and tax cuts for a select few rather than concerns about humanity, compassion and care. This is signified by Prime Minister Boris Johnson’s reluctance to tighten Covid restrictions because ‘Covid was only killing 80-year-olds’. Some 83,000 over 80s died. Such callous politics will bring more deaths and misery.

Cutting investment in public services has become a neoliberal dogma. The National Health Service (NHS) has been starved of resources and was in a poor shape to handle the pandemic. An indication is provided by the number of beds.

Due to low-pay and poor working conditions 38,000 nursing posts were unfilled. The lack of NHS capacity is the outcome of deliberate government decisions, which prioritised tax cuts for corporations and the rich over investment in the NHS and support services.

The pandemic has shown that poverty and inequalities destroy lives. The poor, including individuals from ethnic minorities, have figured disproportionately in the Covid death-toll. This includes hospital staff, care home workers, transport staff, retirees, zero hour contract workers and many more. People with low incomes can’t afford good food, housing, healthcare and personal space for self-isolation, and are therefore more vulnerable to disease and pandemics.

Nobody is born poor. People are made poor by political institutions. In 1976, workers’ share of gross domestic product, in the form of wages and salaries, was 65.1%. By the end of 2019, it shrank to 49.5%, a decline unmatched by any other industrialised nation. Successive governments used anti-trade union laws, zero hour contracts and austerity programmes to erode wages. The average wage had been stagnant in the decade preceding the pandemic.

Unsurprisingly, 14.5 million people, including 8.1 million in working families and 4.5 million children live in poverty. Even people in work rely upon foodbanks to make ends meet. Too many people are unable to access good food, healthcare and housing and become easy victims of disease and pandemics.

Many people tested positive for Covid but could not afford to take time off work. They also lacked a safe place to isolate as they live in cramped accommodation because they are poor. Government policies have weakened people’s resilience to pandemics.

During the current pandemic, care homes became the dumping ground as hospital managers sought to free-up beds. Local authorities in England are responsible for providing social care, but since 2010, central government grants have been cut by 38% in real terms.

Care home workers have been squeezed. Of the 1.52 million workers in care homes, 50% are full-time employees. Nearly 24% are on zero hour contracts. Almost 42% of the domiciliary care workforce is on zero-hour contracts. Staff turnover is over 30%. In March 2020, the real-term median hourly pay of staff was £8.50 per hour.

In these circumstances, it is very difficult for carers to get to know patients and provide personalised care. Low-paid staff are also vulnerable because they can’t easily access good food, housing and healthcare. They can’t easily isolate or take time off to recover.

The financialisation of care homes enabled companies to pay massive dividends. Executive pay has soared to more than 120 times the pay of frontline staff, even though it delivered death and misery. Over 39,000 people have died from Covid in care homes. It is hard to recall any privatisation which has been accompanied by its impact on people’s lives or the country’s ability to resist pandemics and disease.

There are no signs that such ideologies will change anytime soon. We have to demand that all government policies be accompanied by an analysis of their impact on the lives of the people.