'The government’s mantra is that it is rebuilding the post-Covid economy by ‘levelling-up’, but it is hard to discern any policy that is reducing inequalities'. 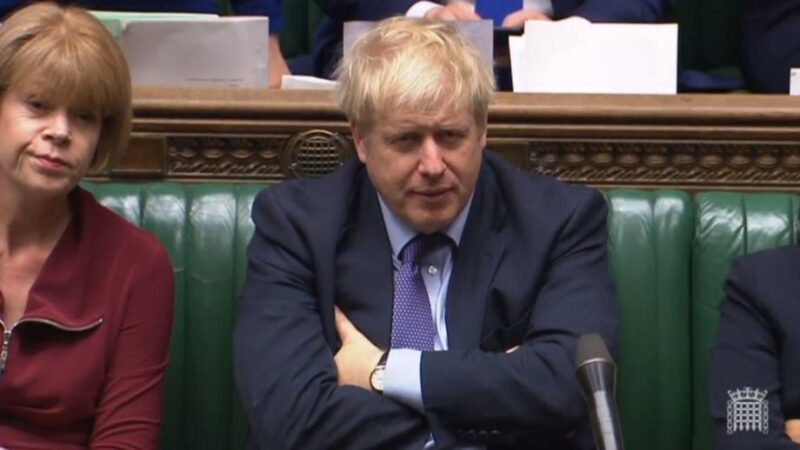 The UK government’s mantra is that it is rebuilding the post-Covid economy by ‘levelling-up’, but it is hard to discern any policy that is reducing inequalities or redistributing income and wealth. Instead, it is continuing with its programme of never-ending austerity.

Inequalities are stark. The top 10% of households hold 45% of all wealth, while the bottom 30% of households have just 2% of total wealth. Another study estimates that the richest 1% have almost 25% of UK wealth, whilst the poorest 10% of families have negative net wealth– i.e. their debts exceed their assets.

Despite the coronavirus pandemic, the UK has more billionaires than ever before. Their combined wealth increased by some 21.7% over the last year, rising by £106.5bn to £597.2bn. It takes FTSE100 directors just three days to collect the £31,461 median average annual wage of a full-time UK employee. It is hard to think of any government policy that would help to secure an equitable distribution of income and wealth.

In sharp contrast, the government is squeezing workers, pensioners and the sick through a programme of austerity. Tax free personal annual allowance is frozen at £12,570 from 2021/22 tax year to 2025/26, forcing workers to pay more in income tax.

The government has done nothing to stop companies from firing and rehiring employees on lower pay and conditions. The government imposed wage freezes have long eroded the purchasing power of 5.5 million public sector workers though the government promised to make an exception of the National Health Service staff. A 1% pay rise has been mooted whilst the inflation rate is expected to hit 4%.

The government will scrap the £20 a week supplement to the Universal Credit, which was introduced during the Covid pandemic to help some 5.9 million claimants, often the poorest in society. The income of the poorest will be depleted by some £1,040 a year.

Healthcare is devolved to the governments of Scotland, Wales and Northern Ireland and people do not bear any prescription charges. In England, the standard prescription charge is £9.35 per item though there are a number of exemptions. One of these is that individuals over the age of 60 do not pay for prescriptions. The government is now proposing to increase the age for exemption to 66 years.

The elderly are in the firing line. Since November 2000, the over-75s have been exempt from buying a TV licence. This affected 4.5 million households. Currently, it costs £159 a year for a colour TV Licence. The government palmed off the cost of the over-75s concession to BBC, which in turn has ended the concession. This will deplete the income of the over-75s.

The average state pension actually paid out is £166.22 per week for men and £159.26 for women. This is around half of the level of the statutory minimum wage. For many retirees it is their major, if not the only, source of income. This will be even more so in the future. Some 14.5 million individuals live below the poverty line and are able to put little, if anything, towards a private pension.

Despite the triple-lock, the average state pension is around 24% of the national average income. The proportion of elderly people living in severe poverty in the UK is five times what it was in 1986. Around 2.1 million pensioners are living in poverty and 1.1 million are living in severe hardship. People aged over 85 are most affected, and women are worse affected.

Instead of boosting the state pension, the government is planning to erode it by abandoning the triple-lock. Due to a quirk in the post-Covid calculation of average wages, the state pension may rise by 8%, at an additional cost of £3bn. So the Chancellor has hinted that he would abandon the election promise of keeping the triple-lock. Just to put the additional cost into perspective – train companies received a subsidy of £8.5bn last year and the Bank of England used £895bn of quantitative easing to prop-up capital markets, which enabled speculators to make huge profits.

An 8% rise isn’t going put vast amount of money into pensioner’s pockets, who like others also pay income tax, VAT, excise duties and council tax. The rise is affordable. The state pension is paid out of the National Insurance Fund. Its most recent accounts show a surplus of £37bn. Of course, there are numerous other ways of raising the £3bn.

There is no sign of any redistribution or levelling-up. The government is using austerity policies to discipline workers and cheapen labour to enable corporations to make bigger profits. It is condemning the less well-off and senior citizens to a life of insecurity and misery. The erosion of people’s purchasing power will not help to build a sustainable economy or a just society.