Ministers have been going around saying the public do not need to isolate when, um, told to isolate by the NHS Covid-19 app. 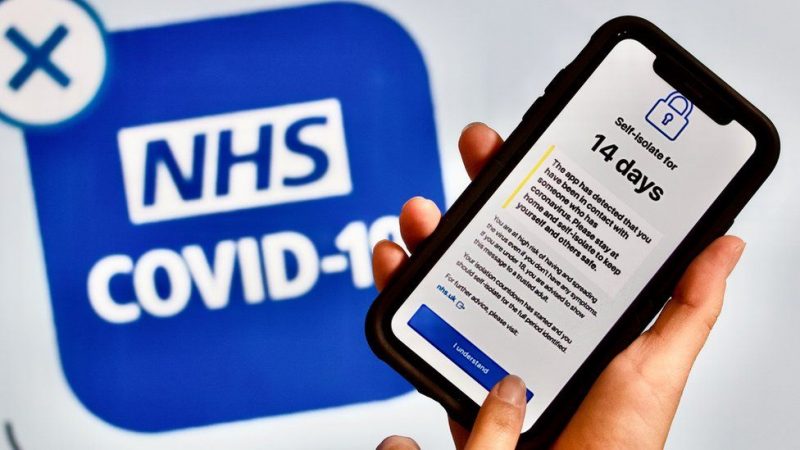 Labour has challenged ministers for mixed messages, after the Minister for small businesses told LBC people didn’t have to isolate if ‘pinged’ on the NHS app.

Minister Paul Scully MP, speaking on LBC’s Nick Ferrari this morning, told the nation: “We want to give people the informed decisions, to make the decision to keen them and their communities safe through the app. You legally have to isolate if you are contacted by the NHS in terms of contact tracing or if you’re claiming self-isolation payments, but the app is there to allow you to make informed decisions, it should be there for the employer and employee to have those sorts of conversations.”

The Times has been told that ministers have written to companies expressing concerns, emphasising that staff are not legally obliged to isolate if they are pinged by the app.

Lord Grimstone of Boscobel, the investment minister, stressed in a letter to one large employer that the app was only an “advisory tool” and that people were not under any “legal duty”, the paper reported.

It comes amid growing right-wing fury over the ‘pingdemic’ – i.e. people being told to isolate because they’ve come into contact with someone with a dangerous, infectious disease.

Justin Madders MP, Labour Shadow Health Minister, responding to comments from Paul Scully, said: “The government are making it up as they go along.

“Ministers mix messages, change approach and water down proposals when the public and businesses need clarity and certainty. If this is a true change in approach on the app, why didn’t the Prime Minister set this out last night?

“Yet again there is more confusion and incompetence from the heart of government at the expense of public health. They need to get a grip.”

No 10 later appeared to backtrack on Scully’s comments, urging people to isolate if they are “pinged” by the NHS Covid 19 app.