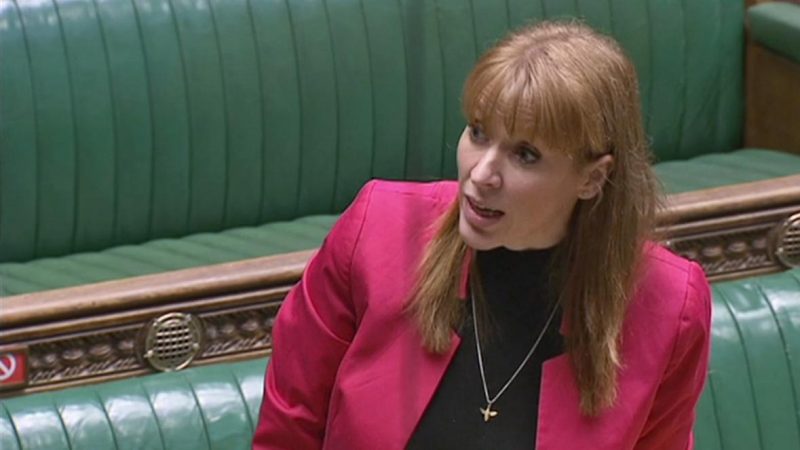 Labour has pledged to come forward with new policies to tackle the climate crisis, after the party was criticised for not mentioning the climate in its New Deal for Working People.

New plans announced by deputy leader Angela Rayner on Monday would see all workers – including those in the gig economy – eligible for sick pay, holiday, parental leave and the minimum wage from day one of their jobs.

The plans would benefit up to six million workers, in what party insiders described as a radical shake-up of employment law in the UK. Currently, millions of insecure workers do not have access to sick pay, holiday or parental leave. Labour groups including Momentum have welcomed the plans.

Shadow Minister for Employment Rights Andy McDonald wrote: “In-work poverty is at a record high, with one in six working families in poverty, and 3.6 million Britons in “insecure work” on zero-hours contracts or in other forms of insecure employment, meaning they don’t know when they will work or how much they will earn.

“One cause is the different categories of employment status, which allows bad employers to falsely put workers in a category with few rights, as shown by the recent Supreme Court ruling on Uber drivers. As well as denying individuals their rights, this also undercuts good employers.”

But campaign group Labour for a Green New Deal described the lack of climate focus in the party’s new deal a ‘huge disappointment’.

A spokesperson for the group said: “Labour say they want the deal to “fundamentally change our economy”: no serious programme with this aim can ignore the biggest challenge we face.”

They added: “Starmer needs to start bearing in mind his leadership election pledge to ‘put the Green New Deal at the heart of everything we do’, and the fact that we are rapidly running out of time to save the planet. Doing so would, at the very least, entail having a Green New Deal as the central current running through this summer’s policy announcements, such as this one.”

When asked by LFF why the group welcomed the employment policy on Twitter but criticised the new deal plans in a media statement, a spokesperson for Labour for a Green New Deal said: “Our tweet relates to a single specific policy only, which we welcome. Our criticisms on the ‘New Deal’ as a whole, contained in the press release, do not conflict with that tweet.

“Furthermore, it is surprising and rather telling that when challenged in relation to the ongoing climate crisis, the response from Labour is to attempt petty political point scoring rather than to actually address the issue at hand.”

However, LFF now understands the Labour party is planning a summer policy spree, including fresh pledges on climate action. This week’s focus is on workers’ rights, in a string of announcements to put the party’s plans in the public eye.

Ed Miliband is expected to focus on climate change if he does a speech at the party’s September conference.

A spokesperson for the Labour Party told LFF: “Delivering a just transition for workers through a Green New Deal is an essential priority for the next Labour government.

“Our new deal for working people will have tackling the climate emergency at its heart – from reskilling workers for low carbon industries, to new protections for workers against extreme heat.

“Labour has already called for a Green Economic Recovery to support the creation of up to 400,000 good green jobs over 18 months, and launched a Just Transition Working Group with trade unions and green groups to prepare ambitious proposals for a just transition for every worker.”