The new borders bill contains powers allowing asylum claims to be processed outside the UK and could pave the way for offshore processing centres. 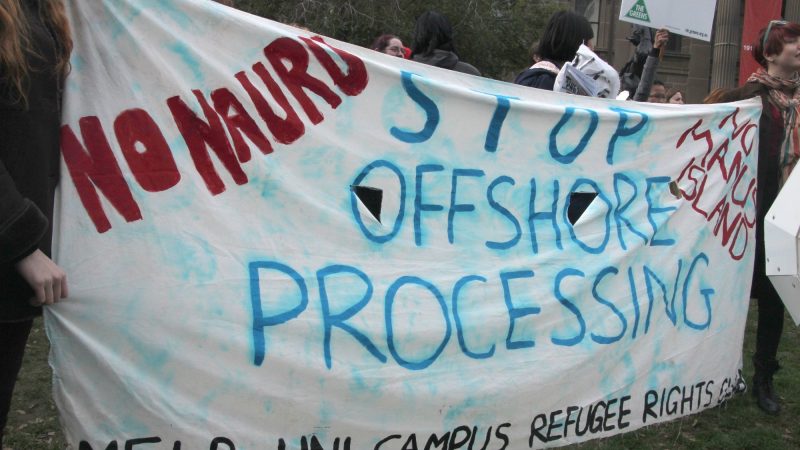 A lawyer at Human Rights Watch has spoken out against detaining asylum seekers offshore, as the government’s new nationality and borders bill contains powers allowing asylum claims to be processed outside the UK.

If the bill is passed, it could pave the way for offshore processing centres, in the same style as those used in Australia.

The Home Office is rumoured to be considering Ascension Island, abandoned ferries and oil rigs as potential locations.

Michael Garcia Bochenek, Senior Counsel in the Children’s Rights Division in the charity, has criticised the idea, saying it would cause harm, be expensive and “would not address legitimate concerns about the integrity of the UK asylum process”.

Bochenek, who has visited Manus Island and Nauru, two infamous Australian centres, said the human toll of warehousing asylum seekers could be enormous.

He said of his visit: “The people I spoke with described the prolonged distress of their time there.

“One man told me his son had stopped speaking. A woman said she had begun to wash her hands compulsively, hundreds of times a day. A girl showed me self-inflicted scars on her wrists and forearms. A boy said he wanted to end his life.”

At least ten people being detained in Australian offshore centres have taken their lives, while two have been murdered.

Research by a medical team led by the Australian Human Rights Commission has found that 95% of children who have lived at Nauru are at risk of developing post-traumatic stress disorder.

Bochenek said that as well as costing huge amounts of money to run, aggressive crack-downs on immigration are not proven to dissuade people from seeking asylum.

The Aldor and Renata Caldor Centre for International Refugee Law estimated that it costs the Australian government almost £2 million per person a year to detain an asylum seeker in Nauru or Papua New Guinea.

They estimated it cost £200,000 per year to hold them in detention in Australia and around £2,500 for an asylum seeker to live in the community on a bridging visa while their claim is processed.

Aggressive border tactics in both Calais and the US Mexico border have failed to reduce the number of people seeking safety.

Bochenek instead is calling for a fair and humane asylum process that gives them a fair opportunity to make their case for protection.

He said: “Key elements of that process – temporary accommodation to let people rest and recuperate, legal aid to help them put forward their best case, the support of social workers to help them and their families while the process goes forward, measures to support the voluntary return of those who don’t need protection – won’t grab the headlines.

“But that’s the model the UK should adopt, rather than importing failed practices from Australia and America.”