GB News, which has claimed to campaign on issues of free speech, described the gesture as an ‘unacceptable breach of our standards’ 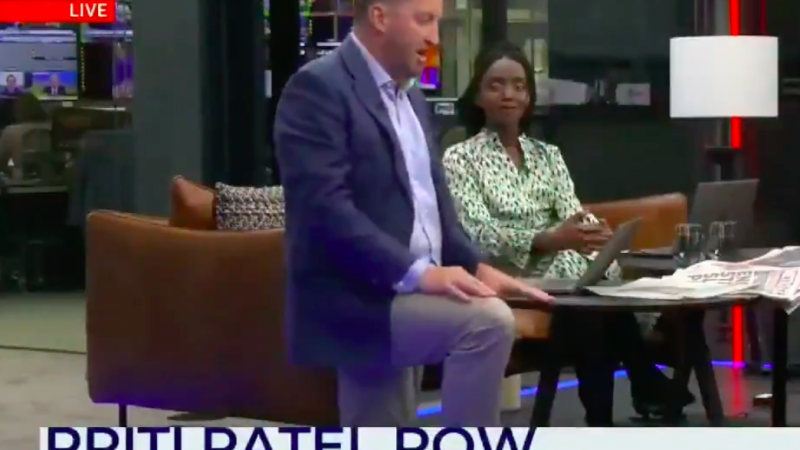 GB News hit zero viewers on some of its shows after a presenter sparked outrage among viewers after he decided to take the knee live on air, in a show of solidarity with the England football team.

Guto Harri decided to make the on-air gesture on Tuesday, saying he understood why England footballers refused to listen to their critics.

GB News, which has claimed to campaign on issues of free speech, described the gesture as an ‘unacceptable breach of our standards’. The channel has also, thus far, refused to say whether Harri is still with GB News.

Some viewers then decided to issue a call for a boycott after Harri’s anti-racism demonstration.

According to official television audience figures produced by rating agency Barb, business editor Liam Halligan and former Labour MP Gloria De Piero, attracted no measurable audience to their show between 1pm and 1.30pm on Wednesday afternoon, the Guardian has reported.

Following Harri’s decision, GB News released a statement on Twitter, saying the channel stood ‘four square against racism in all its forms’.

The statement added: “We do not have a company line on taking the knee. Some of our guests have been in favour, some against. All are anti-racist. We have editorial standards that all GB News journalists uphold.

“On Tuesday a contributing presenter took the knee live on air and this was an unacceptable breach of our standards.”

That reaction led to the channel being mocked online, particularly for its previous proclamations to robustly defend ‘freedom of expression’.

Zoe Gardner wrote: “When I thought people were worrying too much about GBN*ws because no one would really watch it, I didn’t think it would be, at times, *literally no one*

Another user wrote: “GB ‘free speech’ News had an ironic response to its presenter taking the knee – 11 favourite reactions.”