A poll found that twice as many people thought the rich trying to 'buy' influence in the government was more likely with a Conservative government than under Labour. 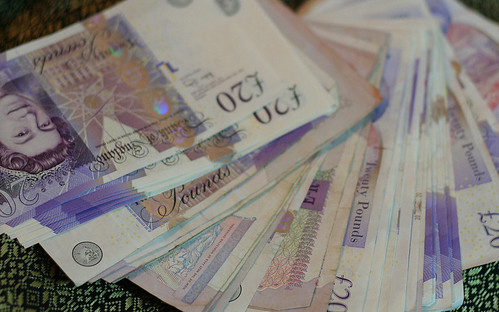 Twice as many people think that people with large amounts of money trying to “buy” influence in Westminster is more likely when the Conservatives are in government than when Labour are, an exclusive poll by LFF can reveal.

This comes after the government has faced scrutiny for a number of scandals linked to lobbying and cronyism.

These include government contracts being handed to firms with links to the Conservative Party, and texts between Sir James Dyson and Boris Johnson surfacing where Johsnon promised to “fix” the entrepreneur’s tax concerns.

A poll conducted on behalf of LFF by Savanta ComRes found that 32% of people thought people trying to buy influence in the government were more likely with a Conservative government.

In contrast, less than half that number (14%) thought that it was more likely to happen when there was a Labour government.

The number of Tory voters polled who thought the political party would make no difference rose to 60%.

But people who voted Conservative in the last election seemed to have much less faith in their own party, with almost five times as many saying it was more likely that influence would be attempted to be bought under Conservative rule than Labour.

While 24% said they thought the super rich trying to “buy” influence in Westminster is more likely when the Conservatives are in government, only 5% thought it would be more likely under Labour.

Among people who voted for Labour in the last election, the number of people who thought it was more likely for the super rich to buy influence with a Conservative government rose to 50%.

But the number of Labour voters who thought a Labour government was more likely to attract people buying influence also rose to 26%.

Only 16% thought it made no difference who was in power and 8% said that they didn’t know.

In another LFF survey 70% of those asked agreed with the statement that ‘people with large amounts of money can use it to ‘buy’ influence in Westminster and UK politics’, with only 5% disagreeing.

Of the 2,176 people asked, 39% strongly agreed with the statement, with 32% somewhat agreeing, and 17% neither agreeing or disagreeing.

Voters were also asked if they believed people with large amounts of money trying to ‘buy’ influence in Westminster has increased, decreased, or stayed about the same in recent years.

A total of 49% of voters think it has increased over recent years, with the Tories having been in power for over a decade, while only 5% believed it had decreased.

Around 29% believed that those trying to use their wealth to buy influence in Westminster had stayed the same over recent years, while 17% said they didn’t know.

Steve Goodrich, Head of Research and Investigations at Transparency International UK told LFF: “It is clear that some parties’ unhealthy reliance on a small number of wealthy donors undermines confidence in the probity of our politicians, and that change is needed to address these concerns.

“Cross-party consensus on party funding reform is needed now more than ever, yet political will is notably absent in Westminster. Given lessons from the past, the next big scandal is inevitable without steps to take the corrupting influence of big money out of our democracy.”

The question asked was: ‘’Do you believe people with large amounts of money trying to ‘buy’ influence in Westminster is more likely when the Conservatives are in government, when Labour are in government, or does it make no difference?’

The poll was prepared by Savanta: ComRes, with fieldwork Conducted between the 2nd – 4th July 2021.