"The Bill does little for electoral integrity, and much to strengthen electoral support for the government." 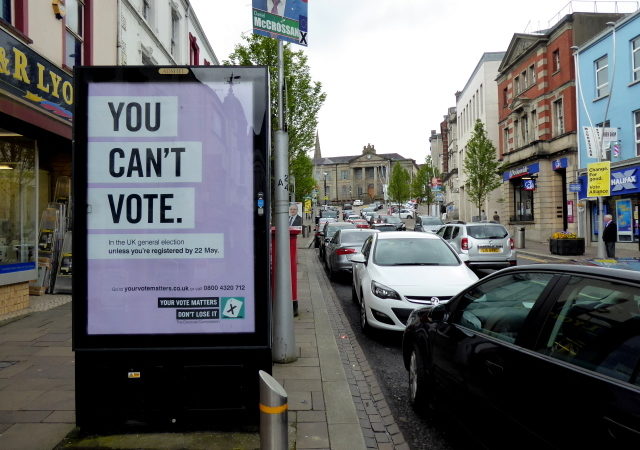 A cross-party group of MPs has launched a new inquiry into the government’s controversial Elections Bill, which will require voters to show ID at polling stations.

The cross-party Public Administration and Constitutional Affairs Committee (PACAC) is examining the bill which would require voters to show ID at polling stations – and make major changes to how our independent elections watchdog works.

Parliamentary scrutiny of the proposals is stepping up, ahead of the bill’s return to the Commons on September 7th.

Left Foot Forward recently revealed that the government has rejected a petition against mandatory voter ID, by implying everyone has identification. Yet in a response to another petition, the government rejected calls for mandatory ID for use of social media, saying ‘3.5 million people do not have a valid photo ID’.

The government claims the plans are necessary to protect the integrity of elections. However, they have faced fierce criticism from organisations arguing that they could make it harder for millions of minority ethnic, working class and older people to vote. Around two million people lack photo ID in the UK, according to the government’s latest figures.

The Bill would also make changes to restrictions on third-party and online campaigning. Currently, campaigners in England not from registered political parties must meet transparency rules if their general election spending breaks £20,000. The new rules would bring this limit down to £10,000. However, third party campaigners told PACAC MPs last week that the complexity of meeting transparency requirements could deter interest groups from campaigning at all. The witnesses to the Committee’s ongoing inquiry into the work of the Electoral Commission added that there was a ‘complete lack of consultation’ on the new proposals.

Part of the Bill would see the Government increase its influence over the direction of the Electoral Commission, scrap the 15-year limit at which Brits overseas lose their right to vote, and introduce digital imprints on online campaign advertising (currently only printed material in England needs an imprint).

Committee chair William Wragg (Conservative) said: “These proposals make significant changes to the implementation of and potentially participation in elections. It’s natural that they are properly interrogated and claims by the Government that the plans would protect our democracy are tested before implementation. Although few would argue against shoring-up our electoral system in principle, it’s critical to ensure that it is done correctly, that it is fair, and that it is necessary to do so.”

“The Elections Bill is not what it seems.  Originally trumpeted as the Electoral Integrity Bill by the Government, the Bill does little for electoral integrity and much to strengthen electoral support for the government,” he told LFF.

He added: “Combined with other measures such as the Police, Crime, Sentencing and Courts bill, and the Judicial Review and Courts Bill this Bill amounts to a huge power grab by the Government and a concerted attempt to stop anyone from holding them to account.”

“Millions of people in the UK don’t have photo ID, and the vast majority of them come from communities that are already marginalised and under-represented by our political system. If you’re young, if you’re a person of colour, if you’re disabled, trans or you don’t have a fixed address, you’re much less likely to have photo ID and could therefore be shut off from voting. Meanwhile the government’s own findings show our current voting system is safe and secure,” Whelton told LFF.

“These plans are unjustified, discriminatory and divisive. They are also profoundly anti-democratic, and should be seen in the context of this Government’s ongoing bid to undermine accountability and erode the mechanisms we all use to hold it to account and stand up to power. We must reject the politics of division and come together to defeat these divisive and discriminatory plans, and ensure everyone can have their voice heard,” the Liberty spokesperson added.

Commenting on her committee’s probe at the time, the Chair of the Joint Committee on Human Rights, Harriet Harman MP, said: “The right to vote is fundamental and should be equally available to all. Currently you do not need any form of identification to vote as long as your name appears on the electoral register. The incidence of voter fraud is low.

“We know from our 2020 report on Black People, Racism and Human Rights that black, Asian and minority ethnic groups are likely to be disproportionately represented amongst those who do not have certain types of photographic ID. Other groups may also be disproportionately effected such as the young, older people and those with certain disabilities.”

Josiah Mortimer is co-editor of Left Foot Forward. He also works with the Electoral Reform Society and campaigns on this issue.