Despite ‘no DSS’ policies being unlawful under the Equality Act, a meeting of the council heard that the practice was still widespread in the city 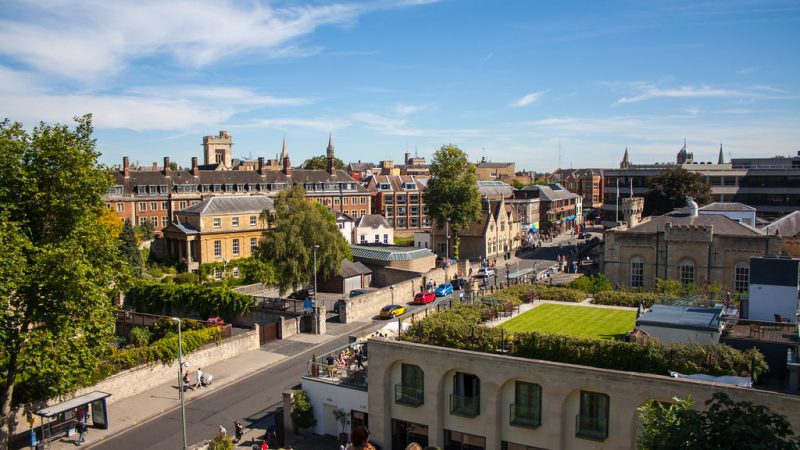 Oxford City Council has become the first council in the country to move a motion to stop landlords and letting agents from discriminating against those who receive housing benefit and universal credit.

Despite ‘no DSS’ policies being unlawful under the Equality Act, a meeting of the council heard that the practice was still widespread in the city, with ‘private renters facing a host of challenges, including disrepair and lack of affordable rent’.

The group said that some landlords and letting agents overtly practice DSS discrimination, by listing properties as ‘no DSS’ on websites.

A cross-party motion, which was proposed by Labour Councillor Imogen Thomas, has been passed and has called on the cabinet to explicitly ban discrimination against welfare recipients by changing the wording of its landlord accreditation scheme to say: “You must not discriminate on the basis of age, gender, race, language, sexuality or any other factor that might place an individual at a disadvantage.

“This includes indirect discrimination such as ‘no DSS’ or related practices, namely refusing to let prospective tenants on housing benefit or universal credit view affordable properties and requiring guarantors in cases where a prospective tenant’s income is sufficient.”

The motion also calls on the housing and homelessness panel to monitor action taken to address discrimination against welfare recipients.

Green Party Councillor Chris Jarvis welcomed the motion:“It’s incredibly welcome that Oxford’s Councillors have put aside political differences to take a clear stance in opposition to housing discrimination against residents in the city on universal credit or housing benefit. For too long, some landlords and letting agents have been acting with impunity – despite DSS discrimination having been ruled unlawful in 2020.

“We all know that housing in Oxford is only becoming less and less affordable. Additional barriers to people accessing secure housing in the city must be torn down – starting with discrimination against welfare recipients.

“Housing is a human right – plain and simple. This decision starts the Council further down the road of making that a reality.”

Councillor Imogen Thomas said that precarity in rented housing has been exacerbated by the lifting of the eviction ban this year.

She told LFF: “An estimated 49% of Oxford’s households are privately rented, yet this significant demographic in our city are failed time and again by a national government which has made it perfectly clear that it exists to represent the interests of landlords over those of tenants.

“Precarity in rented housing has been exacerbated by the lifting of the eviction ban this year, with no support for those in arrears. To add to this, more people are claiming benefits as a result of the pandemic’s impact on their livelihoods. This brutal combination threatens to put more people at risk of homelessness unless urgent action is taken to clamp down on the unlawful discriminatory policies of landlords and agencies against those in receipt of housing benefit or Universal Credit.

“The unanimous passing of this motion is an important step towards ending discrimination in the private rented sector.

“Cross-party support put the motion in pride of place on the agenda: it was the first to be heard and passed. Council made it clear that our priority is to champion those hardest hit by the pandemic, and to fight inequality in housing.

“I got into local politics to fight for tenants’ rights, and I was proud to be elected in May on the strength of a Labour City Council manifesto that put tenants at its heart. There is still a long way to go in the fight against the imbalance of power that exists between landlords and tenants, but I for one am ready for the challenge.”

The motion follows a rally against DSS discrimination held by community union Acorn on Saturday 24 July.