Richard Bourne explains what needs to stay and go in the upcoming Health and Care Bill, now that Hancock is out. 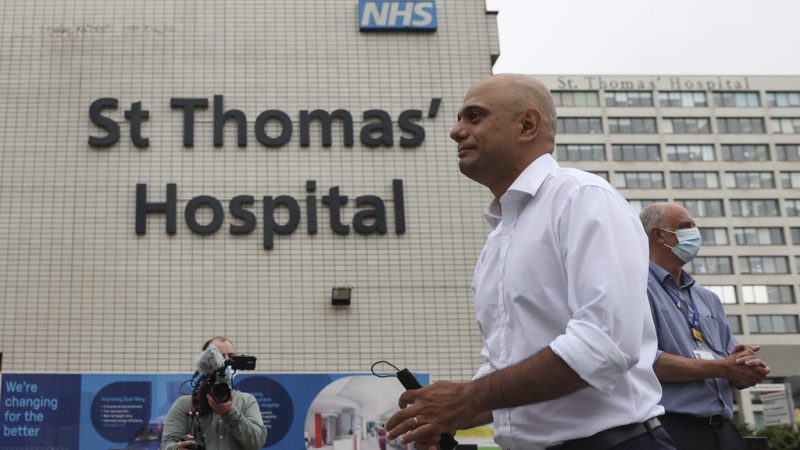 Richard Bourne is the former Chair of the Socialist Health Association.

The new Secretary of State for Health and Social Care, Sajid Javid, has some questions to answer.

Why launch an NHS Bill for managerial and organisational upheaval when the NHS is under huge pressure?

Why focus on the machinery of the NHS when the social care system is a disgrace?  Why look at management when there are huge issues around the actual workforce? And what is the point unless adequate funding is forthcoming?

The new Secretary of State has the opportunity to drop the impending Health and Care Bill. But that would leave all the market and competition structures in place.  So, what about a different Bill?

The Bill as set out in the White Paper would be in three parts.

The first part has very wide support and puts into law changes that have already mostly taken place by ignoring the Lansley Act that made markets and competition central to the NHS.  Changes are necessary to implement the NHS long term plan; removing compulsory competition for services and reshaping the planning and delivery of services around Integrated Care Systems (ICSs).  If these changes are not made the NHS goes into a form of planning blight.

The second part has proposals for ‘more Hancock’: with Ministers taking more powers over the NHS and brings controversy.  The final part is a mish mash of other things – some worthy like water fluoridation, some dubious and vague like improvements to data sharing: none being urgent.

A better Bill would just be the first part; reversing the worst aspects of the Lansley Act, effectively ending the era of markets and competition in the NHS.  It would implement the parts of the White Paper that were based on recommendations from the NHS – backed by the Health Committee and informed by work across many organisations including Unison.

That does not look like an existential threat to the NHS. Nor does it look like the basis for a plan to allow more NHS services to be bundled up into contracts for cronies.  Nothing directly challenges the NHS principles of universal, comprehensive care based on need and funded from general taxation.

Integrated care is obviously good, and the proposals may help. Even so it is not supported by some campaigners – who say it means privatisation and the ‘end of the NHS’.  Although the end of the NHS has been wrongly predicted many times that does not mean there are not some sensible fears.

More responsibility is to be given to new ‘place based’ organisations – ICSs, mostly aligning these to local authority boundaries.  The stated aim is that care will be ‘integrated’; joined up better with the multitude of current organisations that contribute to care working together rather than pretending to compete.

The aim is to bring NHS and local authorities closer together.  It’s long overdue, but for some this has echoes of the cost cutting Accountable Care Organisations used in the US system (although comparisons with the entirely different US system are practically meaningless).

A big and genuine fear is that moving responsibilities to ‘place based’ ICSs is just a ruse to deflect blame for the consequences of chronic underfunding.  This trick has been used on local authorities which get the blame for cuts in services that they are forced to make because of wholly inadequate funding.

Two big themes must be to inject far more accountability outwards to patients and communities; and to open the whole of the system, so it is genuinely transparent as befits a public service not a market.  Even if dumb things are done, at least we can find out.

Much attention should be focused on how the Boards of the new organisations are appointed (or even elected!), on making sure all meetings are in public and all papers are published and in blocking all vested interest, especially those of companies selling services to the NHS.  All Boards must have some genuinely independent non-executive directors – from trade unions, from patient groups and from local authorities.

The illusory autonomy of some NHS organisations should be challenged – they must all be part of the same NHS; they may ‘compete’ as they always did in terms of clinical reputation but not in a market.  Whatever feeble efforts have been made at outwards accountability through Governing Bodies needs to be extended to all NHS provider organisations but made effective and given adequate support and resources to play a genuine part in governance.

Nobody really wishes to go back to Ministers being directly accountable when a bedpan is dropped. But there is a need to be very clear about both organisational and political accountability. The previous clarity about the duties of the Secretary of State to promote the comprehensive (and free) NHS, and to ensure the provision of the necessary services, should be reinstated and all parts of the system should share the duties.

Compulsory competitive tendering for NHS services has to go and be replaced by an explicit requirement for preference for the NHS itself to provide all the services – building up the capabilities and capacity of the NHS to make this realistic.  Our public services are not a market and the whole idea of commercial confidentiality has to go.

Where some services have to be contracted out, rigorous and transparent processes are needed to avoid the dodgy contracts and preference to anything private sector. And if the private sector wants to provide services then it has to adopt NHS terms and conditions and be open to scrutiny – that is the price of getting the business.

It may also be time to unpick some market like contracts for GPs.  A clear strategy is also necessary to bring back previously outsourced services and to remove any dependency on private sector acute capacity.

That could be done in a simple Bill which would not be so contentious.

If the Bill as proposed does go ahead then Labour must oppose it.  This is the wrong Bill at the wrong time.

A better Bill would be far easier to get through the House of Lords where the government has no majority.  Maybe the result would be better than nothing – we have to hope so.