'Each year, 12,000 women are imprisoned in the UK, many serving short sentences for non-violent offences'. 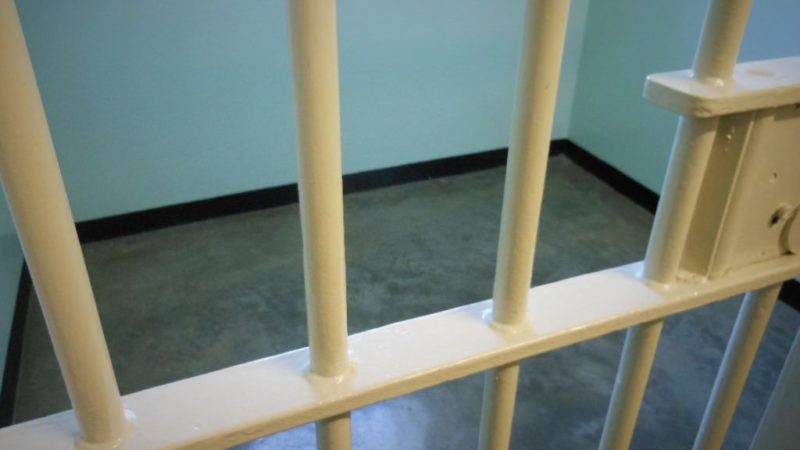 The Police, Crime, Sentencing, and Courts Bill will today be debated by MPs at Committee stage. The bill aims to strengthen police powers to keep themselves and the public safe.

Within the bill, Robert Buckland, secretary of state for justice, sought to address the concerns regarding rehabilitation of those who have interactions with the criminal justice system:

“Rather than continuing to send [offenders] back and forth to prison – doing the same thing but expecting a different result – we instead want to empower the sentencing system to use more effective community sentencing to get them off drugs and into the jobs that we know can lead them to a better life.”

As the bill continues to go forward, charities working with women in the criminal justice system are urging the government to recognise and address the unique challenges of women and reconsider their plans to create 500 new spaces for women in prison.

Each year, 12,000 women are imprisoned in the UK, many serving short sentences for non-violent offences. In preparation for the expected 40 percent rise of women in prison by 2025, the government announced it would build 500 new prison cells for women, costing £150 million. The additional cells have been advertised as a way to make women more comfortable in prison, but the decision directly contradicts the goals of the 2018 Female Offender Strategy to reduce the number of women in prison.

Lyn Brown, shadow minister for prisons and probation, agreed with Buckland’s priority for rehabilitation when she said, “The first duty of a government is the protection of our communities. When it comes to our justice system, surely the best way to do that is through a system that seeks to prevent crime and reoffending, by being tough on its causes.”

To be ‘tough’ on the causes for why women go to prison is not to send more women to prison but evaluate why women offend.

“Prisons do little to rehabilitate women, most of whom are there for non-violent offences,” Lizzie Jewell of Working Chance says.

Around 82 percent of women sentenced to prison in the UK committed a non-violent offence, often in order to resolve a practical difficulty: drug addiction, unemployment, unsustainable accommodation and debt. Behind her offence are a wide array of factors. Around 50 percent experience current domestic violence in the home, 53 percent have experienced abuse as a child, and 48 percent commit a crime to support someone else’s drug habit.

As a result of her historic and current trauma, a woman may turn to substance misuse as a coping mechanism for her deteriorating mental health, which could lead to addiction that necessities criminal activity to fund. Without services in the community to support her mental health and substance abuse, a women’s chances of encountering the criminal justice system increases.

Poverty is often linked to crimes such as theft and fraud, which are the most common types of offences committed by women. It is important to note that 28 percent of crimes were financially motivated to pay for essential items for themselves and their children.

Many of the reasons women commit crimes do not need to be addressed in prison. In fact, the impact of prison can be detrimental to a woman’s mental health, to their children, financial situation, vulnerability to abuse, and substance misuse.

“Even short prison sentences can cause a woman to lose her job, home, or custody of her children, resulting in long-term disruption to her life,” Jewell says. “Women are more likely to report mental health issues and have a much higher rate of self-harm than men in prison, suggesting that many women leave prison in a worse situation than when they came in.”

When mothers offend and are sentenced to prison, their children suffer the consequences of separation. An estimated 17,000 children are separated from their mothers who are sent to prison each year.

These children are more likely to have future problems, including mental health problems, shorter years in education, less money, addictions to drug and alcohol, and criminal offending behaviours.

Dr Lucy Baldwin, whose research focuses on mothers in prison, describes a mother’s unique experience: “Going to prison as a mother adds another layer of complexity, vulnerability and challenge for criminalised women, one where the emotions and needs of women as mothers can go unmet. This can have a profound and long-lasting impact on mothers, children and their relationships. Sadly, the challenges and impact of maternal imprisonment does not end with the sentence.

Instead of pouring funds into traditional, short prison sentences for non-violent offences, charities and activists want a reformed criminal justice system for women that diverts women away from future interaction with the criminal justice system through support with addictions, benefits, employment, childhood and domestic abuse, and mental health issues.

By addressing root causes for why women offend, the rates of women in prison will decrease offending behaviour, leaving no need for 500 extra prison spaces for women.

If the government is serious about reducing re-offending rates through rehabilitation, they can take another look at their own strategy for reducing numbers of women in prison and addressing the root causes of the offending behaviours of women instead of sentencing women with short prison stays that initiate a spiral of reoffending behaviour.