The plans could allow Australian energy firms to sue the UK for taking climate action. 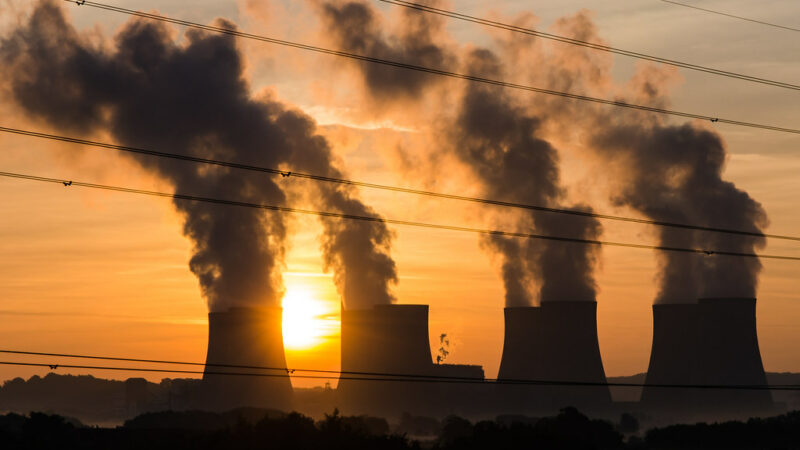 The UK-Australia trade deal could allow Australian companies to sue the British government through a system of secret courts, the government has revealed.

Campaigners have warned that the measure could tie the hands of governments ‘for a generation or more’ with legally binding tribunals allowing corporations to extract ‘eye-watering payouts’ from taxpayers – with companies potentially able to sue the government for taking robust climate action.

Ministers have suggested that an Investor-State Dispute Settlement (ISDS) system could be included in the UK-Australia trade deal, allowing companies to sue the government through a corporate tribunal system when they believe policies have harmed their profits.

Trade campaigners, environmental charities, and unions have lashed out at the proposals, which could give companies free rein to ignore climate or humanitarian obligations, Global Justice Now has warned.

ISDS cases are heard in a secretive tribunal system separate from a country’s own legal system, which campaigners say is anti-democratic.

The courts could threaten environmentalists’ demands to abandon projects like the Cumbrian Coal mine. If the government scraps the mine after entering a deal including ISDS, EMR capital, the Australian owner of West Cumbria Mining, could sue for huge sums of money.

Philip Morris famously attempted to sue the Australian government through ISDS for enacting a plain packaging law for tobacco products.

When asked by the SNP’s Drew Hendry if ISDS would be included in the UK-Australia trade deal, trade minister Greg Hands responded “It is a live negotiation. There will be a chapter on investment. We are huge investors in each other’s markets. And I’ll remind him the UK has never lost an ISDS case.”

Nick Dearden, Director of Global Justice Now, said: “Greg Hands has confirmed our worst fears – that, just as most countries are moving away from the toxic corporate court system, the British government wants to turbo-charge it.

“These courts would allow Australian companies to extract eye-watering pay-outs from the government for taking action on anything from climate change to workers’ rights, tying the hands of governments for a generation or more.

“The Australian company behind the Cumbrian coal mine could sue our government in an exclusive, secretive tribunal for halting or delaying the project for environmental reasons. Right now, the Dutch government is being sued in these courts for daring to phase out coal power, so we know fossil fuel companies won’t hold back.

“ISDS gives corporations free rein to ignore climate or humanitarian obligations, safe in the knowledge they can recover their dirty investments through courts that are shielded from the accountability of public legal systems. It’s anti-democratic and should be nowhere near any of our trade deals.”

When tobacco giant Philp Morris tried to sue Australia after it sought to pass plain packaging legislation to protect public health, it cost the the Australian taxpayer AUS $24 million fighting the case – even though the Australian government won. Unison is among trade unions to raise concerns about including ISDS in the Australia trade deal.

Leah Sullivan, Senior Trade Campaigner at War on Want, said: “Including ISDS in this deal would be a disaster for our climate goals. The UK is claiming climate leadership this year, and yet launching into deals that will hand over power to corporations for sue countries for climate action.

“It was ISDS that enabled an Australian investor to sue the government of Pakistan for 6 billion USD for a mine that was never even built – ISDS allows wealthy investors to extract billions from developing countries.”