As The New Arab re-launches its website this month, it has already set a course for a new decade. (Sponsored content) 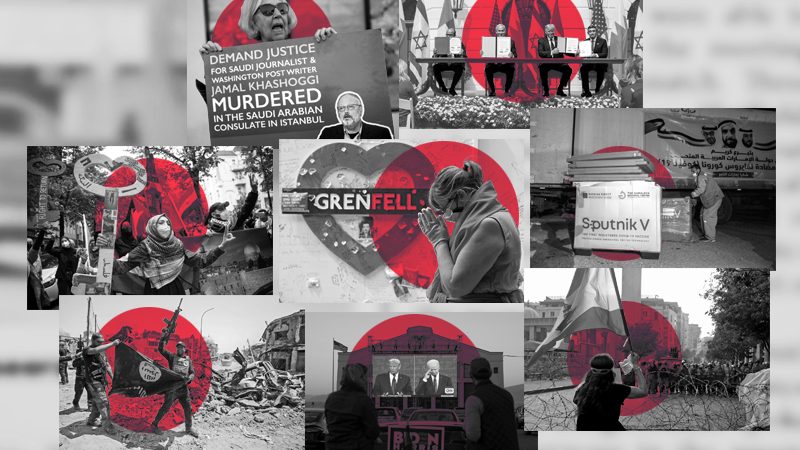 Under the surface of the same old headlines, the Middle East and North Africa (MENA) region is changing profoundly, but the world may be noticing only a small part of that change, too often through an inauthentic framing.

Even if we debunk neo-orientalist or Islamophobic projections, we can still ask whether this region is most adequately framed through the lens of empire or post-colonialism, or whether journalism about MENA should be post-ideological.

Our belief is that regardless of the lens chosen, we must let the region’s protagonists speak directly for themselves, not just be spoken about, in order to tell their story truthfully.

In its values, social attitudes, political expectations, and tech savviness, there is an emerging generation in the region that is very different from the established one. This generation has a voice, and it is not being heard nor heeded in the way it deserves. This generation will inevitably produce the next leaders of MENA.

In the past decade, one story was the overarching theme of almost every life lived in the MENA region or in its sprawling Diaspora communities, the story of the so-called Arab Spring wave of popular uprisings against decades of authoritarianism.

The English-language The New Arab and its Arabic-language sister publication launched seven years ago with a vision for amplifying the values and aspirations of the Arab Spring generation as it sought ‘bread, freedom, and social justice’.

Beyond the MENA region, interrogating the foreign policies of world powers, their thinly accountable arms trade and support for repressive regimes, and their domestic policies – especially as they affect the rights of MENA diaspora communities and intersectional civil rights – is a core focus of The New Arab’s journalism.

Headquartered in London, The New Arab has taken a special interest in post-Brexit Britain, her policy and alliances in the Middle East, as well as domestic issues that affect its vibrant and established Arab community.

British Arabs have lived in the UK for generations and are affected just as much as other communities by minority rights and social justice issues in the UK. They play a hugely important role in modern Britain – and on our pages you will read about some truly amazing British Arabs.

In MENA as in the world, The New Arab’s journalism centres stories about corruption, the struggle for democracy, and post-colonial states’ attempt to shake off conflict and dictatorship. From East Jerusalem to Minneapolis, The New Arab spotlights the intersection between the aspirations of people grappling with occupation, ethnic cleansing, colonialism, systemic racism and incomplete civil rights.

As The New Arab re-launches its website this month, it has already set a course for a new decade, taking stock of the struggles, failures, and triumphs of the past one, and casting a wider net for its authentic journalism and storytelling. We’re covering the mainstream but also the marginalised stories from MENA, Africa, Asia, Europe, North America and beyond.

With its diverse newsroom, its high journalistic standards, and clear editorial vision that empowers those without power, and its close partnership with leading pan-Arab sister networks in Al-Araby Al-Jadeed newspaper and Al-Araby TV, The New Arab confidently pledges to its existing and new readers to continue to be an authentic, unique, and forward-looking source of information, analysis, and commentary found nowhere else.

Read with us the story of The New Arab generation at www.newarab.co.uk

Karim Traboulsi is the Managing Editor of The New Arab.