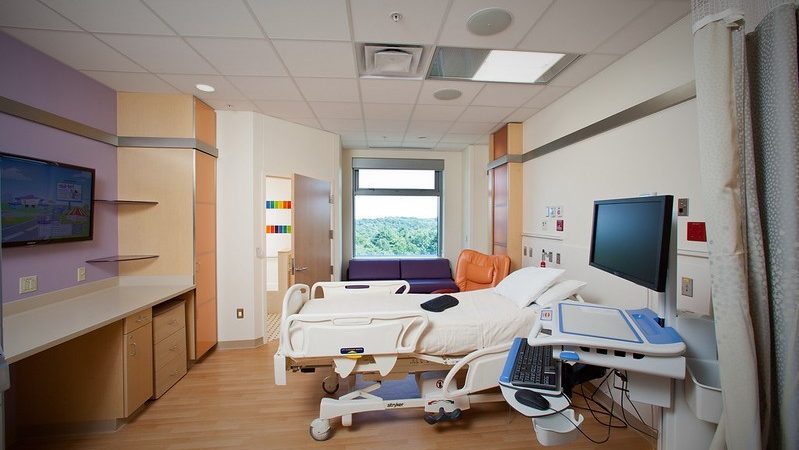 John Lister is a journalist and campaigner against NHS privatisation.

NHS waiting lists have soared to record levels, reaching almost five million, while waiting times also continue to increase, with over 436,000 patients waiting over a year for treatment in March, compared with 3,097 in March 2020, and up by 43% since January.

More than a third of patients are waiting longer than 18 weeks for treatment: the target for 92 per cent of patients to begin treatment with 18 weeks of referral from their GP has not been hit for five years.

Although waiting times and the waiting list had been worsening prior to Covid, clearly the pandemic was the key factor in escalating the situation over the last year, forcing trusts to switch staff, resources and beds away from elective care, and forcing infection control measures that reduce capacity, including changes in wards to increase distance between beds.

While some of the closed beds have now reopened, the latest figures still show almost 6,000 fewer front line general and acute beds open in January-March this year compared with 2020, and over 10,000 fewer occupied.

In other words the NHS is still running at reduced capacity, just at the point it needs a major surge of activity to contain and begin to roll back the increased numbers waiting for treatment. But it also lacks the capital investment needed to reorganise the hospitals, and regain its lost capacity.

The answer from NHS England has been to throw money into contracts to block book private hospital beds, despite increasing evidence only a fraction of the booked beds were used for NHS patients last year. Worse, the plan for the next four years is to divert up to £10 billion out of NHS budgets into paying up to 90 private clinics and hospitals to treat NHS patients.

This will leave NHS trusts with reduced budgets, complex staffing problems (with NHS doctors and nursing staff having to work away from NHS sites), and no cash to reopen their own closed and under-used beds.

It’s also no answer: even if ALL of the 6,500 private beds which the NHS claimed to have block booked last year were opened up, this still falls well short of the 10,000 fewer NHS beds in use – and in four years the NHS will wind up weakened and chronically dependent upon private hospitals.

Spending up to £2bn of NHS Covid funds on supposedly block booking private hospital beds in 2020 resulted in just seven beds a day for Covid patients, according to research from the Centre for Health in the Public Interest (CHPI).

This contrasts with private sector claims to have treated three million NHS patients under the contract with NHS England in the 12 months to March 2021 – claims which confusingly lump together numerous activities, most of which do not require beds.

The small number of Covid patients treated by the private hospitals is not a great surprise, since they were always ill-equipped to do so. They are mostly small (212 hospitals with 8983 beds, averaging just 42 beds per hospital) and most are geared exclusively to dealing with uncomplicated elective surgery for insured people of working age or older people wealthy enough to pay out of pocket.

Few of them therefore have an Intensive Care Unit: most rely on NHS resources when things go wrong as well as using NHS specialist staff working on a part-time, sessional basis.

Amid widespread concern at the expanding role of US health insurer Centene in the NHS – buying up profitable GP practices and seeking contracts from the Health Systems Support Framework to support “back office” functions in Integrated Care Systems –  the Daily Telegraph has plugged a call from Andrew Haldenby (co-founder of a right wing “research body”) for an equivalent of the Marshall Plan to rescue the NHS.

For those unfamiliar with the Marshall Plan (which is a recurrent stock analogy in the Telegraph, whose readership’s ideas seem locked in World War 2 and its aftermath), it was a postwar programme of American financial aid to reconstruct the ravaged economies of western Europe and thus limit the influence of Stalin and Communism.

Haldenby’s “Marshall Plan” involves the use of American (and Indian) investment to help bring down the large and growing NHS waiting list – and appears to rejects any increased spending by the British government, arguing: “Such a plan need not be based on the extreme spending and tax increases some are arguing for.”

This kind of statement is both a clear embrace of private sector solutions in preference to expanding the NHS, but also reflects a persistent delusion of the neoliberal right wing that private cash can be used to treat NHS patients without any cost.

Precisely the same delusion led Tony Blair’s government to sign contracts for over 100 hospitals to be built with the disastrously expensive Private Finance Initiative, saddling the NHS with debts reaching into the 2040s – debts which have to be serviced from NHS revenue budgets … and of course ultimately the taxpayer.

In an earlier version of the same article for the ConservativeHome website, Haldenby insisted “The solution does not lie in a “bigger” NHS,” before going on to propose building at least 42 new units: “high-volume centres on the model of the South West London Elective Orthopaedic Centre … the largest hip and knee replacement centre in the UK and one of the largest in Europe.”

The wheeze is that rather than funding these with public money, “the NHS should call on all national and global resources. Some of the centres could be joint ventures with experienced providers such as the Cleveland Clinic and Apollo Healthcare in India.”

To limit NHS spending, Haldenby rattles out a whole catalogue of old, discredited ideas about diverting patients from hospital outpatients, reducing demand for A&E and expanding community services. He asserts without evidence that “Community services will provide much faster diagnostic scans, often working in partnership with private firms.”

Nowhere does Haldenby address the cost of his proposals, or restoring the reduced capacity of the post-Covid NHS, the huge backlog bill for maintenance that has resulted in NHS hospitals virtually falling down, or how to fill the 100,000-plus NHS vacancies.

But of course his chosen audience or ageing Brexiteer Tories will not bother him with any awkward questions on such issues – as long as he talks about the war.

This piece is kindly republished with permission from The Lowdown, the publication of the NHS Support Federation.