'The last forty years of neoliberal coup has restructured the UK state so that instead of being a provider of public services it has become a guarantor of corporate profits and enrichment of the few.' 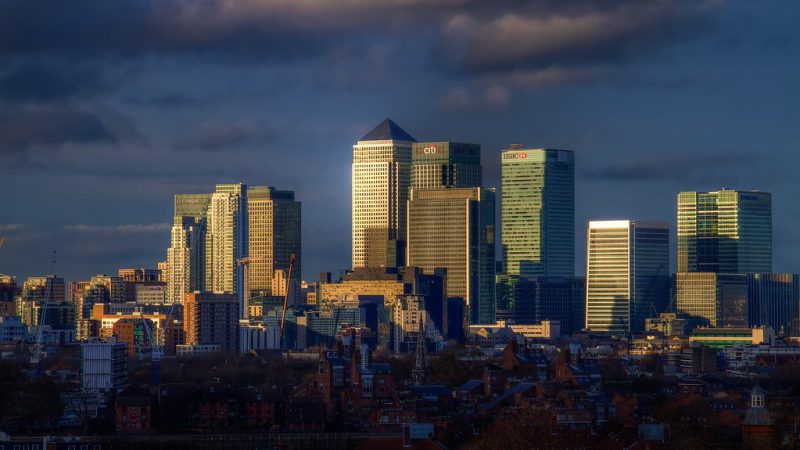 We all live through coups and revolutions which are not always bloody but change the social landscape. The last forty years of neoliberal coup has restructured the UK state so that instead of being a provider of public services it has become a guarantor of corporate profits and enrichment of the few.

This has been accompanied by an erosion of democracy and human rights.

The privatised industries still receive public subsidies. For example, privatised train companies received nearly £8.5bn last year and the subsidies are expected to be around £10bn for 2021. Despite this, train fares continue to rise and are some of the most expensive in Europe. BT and broadband providers will pick up another £5 billion to build infrastructure. The providers will keep the resulting assets and the income stream generated by those assets.

The Private Finance Initiative (PFI) has been a veritable bonanza for corporations. They invested £59bn in over 716 public assets, such as schools, hospitals and prisons. In return, corporation have or will receive £308bn from taxpayers; a nice little earner.

Billions are being diverted from the NHS to corporate coffers. It is estimated that £13bn of the PFI investment in hospitals in England will cost the NHS £80bn by the time all contracts come to an end. This diversion of the NHS resources has reduced the funding for frontline services and waiting lists for treatment have lengthened.

The Conservative government has handed £37bn of taxpayer money to corporations for test and trace contracts which has made little measurable difference to the progress of the coronavirus pandemic. The contracts have been handed to party donors and cronies, often without due diligence and competitive tenders.

A two year contracts has been handed to a corporation to run Rainsbrook youth jail even though it has already failed to meet the required standards.

Earlier this year, after considerable public pressure, the government reluctantly retained the £20 per week uplift in Universal Credit for 6 million families hit hard by the lack of income during the coronavirus crisis. This support is estimated to cost around £6.4bn. However the government has used £895bn through its quantitative easing programme to prop-up capital markets and corporations.

Human rights, privacy and democracy are under attack. The government has already shown its authoritarian colours by proroguing parliament. The Supreme Court declared the five week prorogation by the Johnson administration to be unlawful. However, the government with a majority of 80 in the House of Commons is relentlessly pursuing its ideological objectives.

Almost all our social rights are the outcome of protests, but protesters face the iron fist of the authoritarian state. The Police, Crime, Sentencing and Courts Bill going through parliament will severely restrict people’s right to demonstrate. Protests will be forbidden on the grounds that they are too noisy or cause ‘serious disruption’. Even one-person protests can be banned because of the level of noise and disruption.

The concept of ‘serious disruption’ is not defined in the Bill and is left to the Home Secretary to determine. In fact, the Bill empowers the Home Secretary to make further laws without any parliamentary approval, which police officers would be required to follow. Such laws may prevent protests by workers, environmentalists, feminists, anti-war movements and others. So what are the marginalised people to do? People of conscience risk being criminalised and the legislation is a grave threat to human rights. I am reminded of the warning by US President John Kennedy: Those who make peaceful revolution impossible will make violent revolution inevitable.

Another insidious piece of legislation is theCovert Human Intelligence Sources (Criminal Conduct) Act 2021. It empowers designated government departments and regulatory bodies to authorise the state and non-state actors, which can include undercover agents, police informants and immigration and customs officers, to commit criminal acts as long as they are deemed to be in the interests of national security; for the purpose of preventing or detecting crime or preventing disorder; or in the interests of the economic well-being of the United Kingdom.

The authorised individual can commit murder, torture, rape, phone-tapping or anything else. No court order is needed and the agent shall enjoy immunity from prosecution. There is no mechanism for monitoring the authorised crimes, which could be committed against trade unions, human rights and political groups. The rights to life and privacy have disappeared. The innocent injured parties would have little chance of redress as the crime would be authorised by the law.

The above is a small glimpse of the neoliberal coup that is turning the UK into an authoritarian state, suppressing dissent and serving the interests of corporations.  It is hard to recall any street demonstrations or public petitions calling for any of the above changes. People are facing stark choices – fight back or lose hard-won democratic and human rights.