Is Boris Johnson now a Catholic in the eyes of Britain's bizarre constitution? 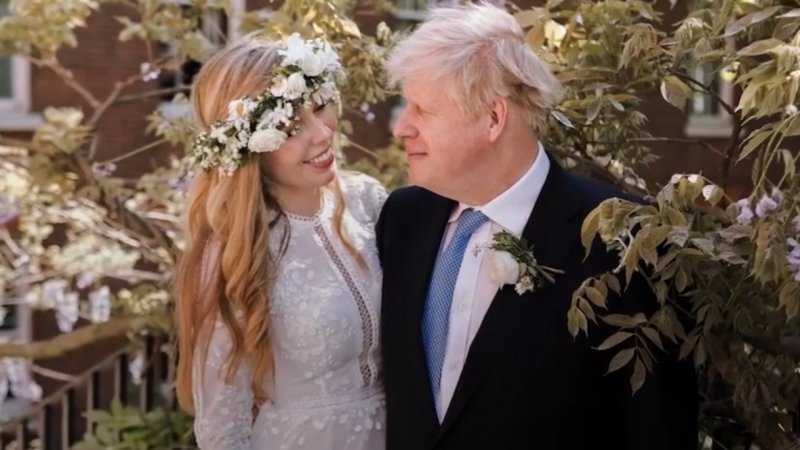 It shouldn’t have really mattered, except for the fact that there remain laws in the UK which place the Anglican church – the Church of England – on a higher footing.

While the PM was confirmed as an Anglican while at Eton – an apparent defection – his Catholic wedding over the weekend has triggered constitutional questions, given the very unsecular constitutional set-up of the UK.

Does Boris Johnson’s Catholic wedding at the weekend render him unable to continue appointing Church of England bishops, under the Roman Catholic Relief Act 1829 (RCRA)? Could his position as PM be at risk?

It’s a question considered by Humanists UK today, as they point out some of the weird ways religion and politics are intertwined in the UK’s constitution.

While Johnson is almost certainly not going to be removed as PM over his Catholic wedding, it’s worth diving into the bizarre ways a Prime Minister’s religion could matter:

“The Roman Catholic Relief Act says that a Catholic PM can have no involvement in the appointment of C of E bishops. If they do, and are convicted of that, they commit a “high misdemeanor, and [are] disabled for ever from holding any office… under the Crown.”

“So does the PM, who was baptised Catholic, and has now had a Catholic wedding, count as Catholic under RCRA?

“You may be wondering: why does the PM have anything to do with Church appointments? Sadly, it’s because the UK has an established church. This is just one manifestation of it, along with 26 bishops casting votes in Parliament. More on that later.

“However, Boris Johnson was baptised a Catholic and the Catholic Church doesn’t make it easy to officially leave. Indeed, the Archdiocese was quoted yesterday as saying that it believes he is a Catholic under canon law.

“(It also contravenes Catholic canon law for a divorcee to be married in a Catholic ceremony, unless the church takes the view that their previous weddings were ‘invalid’ because they weren’t Catholic. This is the Church’s position with regard to the PM.)

“So is Johnson now a Catholic in the eyes of the RCRA? In our view, that is more a question about the PM’s personal beliefs. Nothing he has said has contradicted his previous stated position of being an Anglican. However, were the law to view him as a Catholic, then it would obviously discriminate against him on grounds of religion.

“Would that be compatible with the European Convention on Human Rights? Might such a PM have to challenge the law in Strasbourg to stay in office?

“We sympathise if reading about this area of law feels uncomfortably invasive. We really don’t think the law should be taking a view on any politician’s religion or belief. We don’t believe it should impact anyone’s right to hold the job.

“It also goes without saying that we also don’t think a Prime Minister should, as a matter of principle, be involved in the internal appointment procedures of any religion. We look forward to the day when an article like this couldn’t be written.

“It shouldn’t matter what the Prime Minister’s religion or belief is. But the UK’s uncodified constitution is full of murky clauses that entangle politics with religion, and sometimes we see ancient rivalries between Anglicans and Catholics enshrined in law like this too….

“We’d like to see the UK become a fully secular state, inclusive of everyone. That would mean state and religion were separate. No bishops would vote in the Lords, you couldn’t reserve seats in the Commons by praying early, and the PM wouldn’t be the person appointing bishops.”

This is taken from a Humanists UK thread here.