Was this Johnson's dangerous attempt to look big on the world stage? 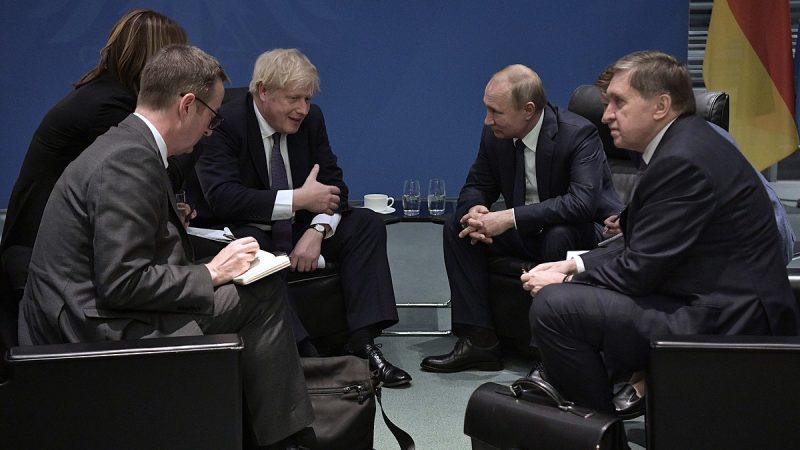 At one level, the incident last week in the Black Sea involving the destroyer HMS Defender is just the normal argy bargy of international relations, the kind of games being played since Viscount Nelson was a lad.

But it is also deadly serious, and dangerous, as was highlighted, in comments surprisingly little reported, by General Sir Nick Carter, the chief of the defence staff.

He said in apparently unscripted remarks in responding to a question about the incident, the risk of an “unwarranted escalation” involving Britain was ‘the thing that keeps me awake in bed at night’. He added: “The sort of thing we saw in the Black Sea on Wednesday is…the type of thing one needs to think quite hard about.”

The top line of the incident is that HMS Defender was carrying out what’s known in the jargon as an “innocent passage” through waters that Russia claims as its own, since its illegal annexation of the Crimea. This is, in the government terminology, “Global Britain” helping the world by ensuring freedom of the seas. There’s an entirely reasonable point there about the actions of Russia and the need to maintain international law.

But then the questions start up, even before getting to General Carter’s comments.

First there’s the question of how accurate the Ministry of Defence account of events was. You can follow the vessel on Twitter, so you can see its side of the story there, while the BBC reports its correspondent ‘saw more than 20 aircraft overhead and two Russian coastguard boats which at times were just 100m away. This is at odds with statements from both the British prime minister’s office and defence ministry, which denied any confrontation.’ There’s video footage showing just that.

A sharply worded Chatham House commentary says: “The credibility of the UK’s armed forces relies on honest and truthful reporting of their activities; pretending nothing is happening when it plainly is, is a habit that its defence ministry really should leave to the Russians.”

What is crystal clear is that the UK didn’t stumble into this incident. The Times reports: “Boris Johnson allegedly took the final decision to go ahead with the route personally and instructions were passed to the ship on Monday.” That reflects a reported – since denied – disagreement between Dominic Raab and Defence Minister Ben Wallace about whether to go ahead with the passage.

The expectation of a Russian response is made clear by a curious incident, the discovery at a bus stop in Kent of secret papers revealing that the defence ministry discussed an alternative route for the warship that would avoid provoking Russia, but this was dismissed as possibly to be seen as “cowardly”. The leak has given rare clarity about the government’s actions and intentions.

So we come back to General Carter’s reports – and the really big question, about risk-taking in military operations, and in our general approach to international relations. British sources acknowledged that they were surprised by the speed and nature of the Russian reaction to Defender’s passage. “We knew that something might happen, but we didn’t quite expect the Russians to say that,” a defence source said.

That’s a reflection of the uncertainty inherent in such actions and the risk of events running out of control in the heat of the moment, when individual human beings – on both sides – are in dangerous, frightening situations making split-second decisions.

And we know quite a bit about the Russians, having a long history of interactions with them. That’s less true of China, where we could in a few months’ time be seeing a similar event.  The aircraft carrier HMS Queen Elizabeth, with HMS Defender and other warships, is scheduled to arrive in disputed waters in the South China Sea in a few months.

Asserting the right of “innocent passage” clearly needs to be done internationally for the wellbeing of all, but is the UK the right nation to be doing it, with its far-from-forgotten colonial history and recent disastrous military adventures in Iraq and Afghanistan, with its nuclear weapons? And with its long history of conflict with Russia going back a couple of centuries?

Is this the right way to do it? Could it be done by a different kind of vessel, from a different nation, in a different way? Or through diplomatic channels?

These are all questions that should be asked, but the UK Parliament doesn’t have a great record of asking the hard questions when it comes to military activities.

Last week when the House of Lords discussed our ‘continuous-at-sea deterrent’ (in other words our nuclear weapons), we saw Labour and Lib Dems fervently offering their support for these hideous weapons of mass destruction.

Baroness Goldie said for the government: “The UK will move to an overall nuclear weapons stockpile of no more than 260 warheads—an increase of 15% from the previous ceiling of 225.” That’s despite considerable international questioning of the decision.

So here we have “Global Britain”, engaging in naval derring-do and escalating the number of nuclear weapons in the world. In the age of the climate emergency, the nature crisis, the public health threat of pandemic, this needs to be challenged and questioned.

What will make us secure is an environmentally stabilised world, one where poverty and hunger are tackled, in other words making serious progress towards the Sustainable Development Goals. These are all facts acknowledged in the recent  Integrated Review of Security, Defence, Development and Foreign Policy, but not reflected in far too much of our international activity.

Correction: The headline initially wrongly referred to HMS Destroyer, rather than HMS Defender. Our bad, not Natalie’s – Ed.