The current prohibition of archaeology from the forthcoming Environment Bill needs to be contested, writes Jenny Jones. 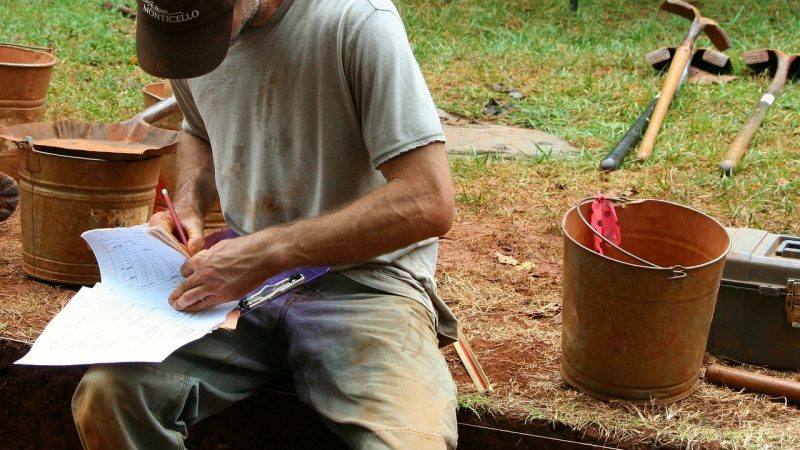 Jenny Jones is a Green Party member of the House of Lords and an ex-archaeologist.

Monday 21 June sees members of the Lords begin a detailed examination of the Environment Bill in committee stage. The Bill is aimed at making provision to improve the environment.

Excluding archaeology from the Environment Bill might not sound like a big deal until you ask “why would they?” After all, archaeology underpins a heritage industry that brings huge benefits to the UK economy.

That’s when suspicious folk answer: “Because archaeologists are multi-skilled professionals who spend their lives trying to figure out where the bodies are buried.”

Those might be actual bodies like the plague pits discovered when building London’s Crossrail system. Or metaphorical dead bodies when looking over old maps of ammunition dumps, derelict chemical plants, and toxic waste sites.

Getting in the way of profit?

For developers whose eyes are focused solely on their own profit line, dead bodies are a problem whether real or metaphorical.

Politicians should be able to see the economic upsides of a thriving heritage industry, but they have their own pressures to deliver housing on brown field sites. There is also high profile, major projects that are costly and often running behind schedule.

Archaeologists can be crucial to making these happen, but the perception can be otherwise. For example, new nukes tend to be built near the site of existing nukes and those were built during the age of cold war security in designated military areas, mostly on ex Ministry of Supply wartime ammunition manufacture.

The old maps can range beyond the existing boundaries with quantities of buried ammunition leeching into the dunes along with unquantified storage of spent nuclear waste. As rivers change course and landscapes change, the underground geology shifts and major building work has to tread carefully.

With this unhealthy mix of explosives and nuclear material, the trained eyes of archaeologists are key to interpreting these stained and well-worn maps, along with the latest survey data. They are an essential part of the teamwork needed to make informed decision and build safely.

Most of the time, there is no issue (fewer than 0.01% of planning applications are rejected for reasons which include archaeology). Very little is added to the cost of most projects when you let trained professionals dig around holes that are being dug anyway for new housing and major infrastructure. And in the rare cases when there is an issue that could stop the project in its tracks, then that is exactly when you need the archaeologists most.

Archaeologist Dr Chloe Duckworth says that the “Environmental Bill defines the natural environment in a new way that excludes the ‘built environment’ – humanity’s impact on the natural world.”

Archaeologists want to keep the automatic survey of major development sites as part of planning permission.

Dr Duckworth notes how archaeological surveys before developments do not create costly delays, but actually add to local communities’ sense of place, as well as ensuring the protection of the historical environment for the public’s benefit.

“Archaeology is not red tape,” says Dr Duckworth. “Professional archaeological intervention at an early stage prevents delays and saves up to £1.3 billion for construction companies. Dozens of significant discoveries in recent years would not have been made without archaeological involvement in the early stages of a development.”

Historic environment excluded from the Bill

The government has excluded the historic environment from its Environment Bill, meaning that protections for the natural environment will not apply to culture or landscape. Along with ‘streamlining’ the planning system to nudge archaeology aside and undermining university courses, it is an attempt to marginalise a group of experts who underpin a heritage industry worth £20bn in tourism.

The exclusion must be challenged

The current exclusion of archaeology from the forthcoming Environment Bill must be challenged. Archaeology is a major contributor to the UK’s economy. It supports 386,000 jobs and plays a key part in facilitating risk-free construction. It also plays an important role in shaping our landscapes, and is fundamentally entwined with the natural environment.