It's been a bad week for Labour 'defence' policy, writes Symon Hill. 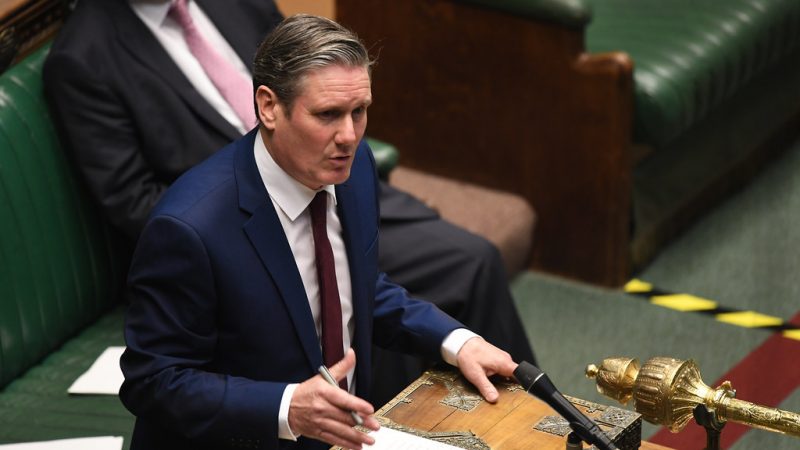 It’s a long time since British peace activists received pro bono legal advice from a young lawyer called Keir Starmer. The last week has been full of stories related to issues of peace and war, but the Labour Party seems to be missing in action.

When the Armed Forces Bill came before the Commons on Wednesday, several MPs welcomed the degree of unity in Parliament. Unity is not always a good thing, especially when it leaves powerful institutions unscrutinised and their practices unquestioned.

Encouragingly, Labour and the SNP backed an amendment to ensure that forces personnel accused of certain serious crimes, including murder and rape, would be dealt with by civilian courts rather than military courts. Even this was framed in the mildest terms with virtually no criticism of the fact that the armed forces are the only institution allowed to run their own criminal trials. The Tories voted down the amendment, which was defeated by 355 votes to 272. Labour made little if any attempt to publicise the issue.

In a busy week for ‘defence’ issues, this was the last sign of hope that the Labour front bench might differ at all from the government.

On the same day, HMS Defender clashed with Russian forces in disputed waters. Labour rightly criticised the military aggression of the Putin regime, but failed to explain why Johnson’s behaviour was any better. Russian and British governments use each other’s militarism to justify their own. Starmer offered no alternative perspective.

This government’s passion for everyday militarism reached new depths on Friday with the promotion of ‘One Britain, One Nation’ Day, with schools encouraged to fly flags and organise children into singing supposedly patriotic songs. Thankfully, some Labour MPs joined in the general derision that greeted this alarming idea, but the Labour leadership seemed unwilling to challenge it outright.

Starmer offered no words of congratulation or support when, later that day, the Supreme Court quashed the convictions of four Christian peace activists who had been arrested at the DSEI arms fair in London, with judges ruling that blocking a road can at times be a lawful form of protest.

On Saturday morning, party leaders rushed onto social media to celebrate Armed Forces Day. Boris Johnson’s message was militaristic; Keir Starmer’s was even more so. Starmer declared: “Around the world, British forces personnel are at the heart of delivering peace”. He did not explain how he thinks they do this.

While the Labour front bench is thankfully still opposing arms sales to Saudi Arabia, they are distinctly quiet about the role played by UK troops in training Saudi forces. A major part of the work of the British military involves delivering training and support to various regimes – but Starmer ignores this in favour of a bland and romanticised notion of troops promoting “peace”.

Starmer did offer a criticism of the government in his message – but he effectively criticised them for not being militaristic enough. He attacked, as he has done previously, Boris Johnson’s very slight cut to army personnel numbers. Johnson announced that cut at the same time as he confirmed plans for the biggest percentage increase in UK military spending since the Korean War, along with an increase in the limit on UK nuclear warheads. This was in a year in which Covid has served as a deadly reminder that weapons cannot protect us from the gravest threats that we face, including pandemics, poverty and climate chaos.

The next day came the revelation about the soggy Ministry of Defence documents found at a bus stop. They exposed MoD preparations for a Russian response to HMS Defender, including discussions about how to promote the MoD’s own narrative around it. It was not the innocent operation that ministers had claimed. Rather than calling for the documents to be published as a matter of public interest, Shadow Defence Secretary John Healey criticised the MoD for allowing them to come to light.

Within the Labour Party, and other opposition parties, there are many people willing to challenge dominant militarist narratives and to hold the MoD and armed forces to account. Yet Starmer and his colleagues seem terrified of doing so. I have frequently heard Labour MPs and their allies justify this on the grounds that questioning military policy would lead to a loss of public support. Have they forgotten the Iraq war so quickly?

Many middle class liberals readily accept patronising and snobbish assumptions about working class voters being gung-ho for war and militarism. They are not; they are capable of thinking independently. The last week suggests that this is not an ability shared by Keir Starmer and John Healey.